I’ve been thankful to be part of Hasbro’s #PlayLikeHasbro team for awhile now.  It’s fun to get to know the hot new Hasbro toys as they are coming out, and my daughter loves testing out the toys they send for us to enjoy. 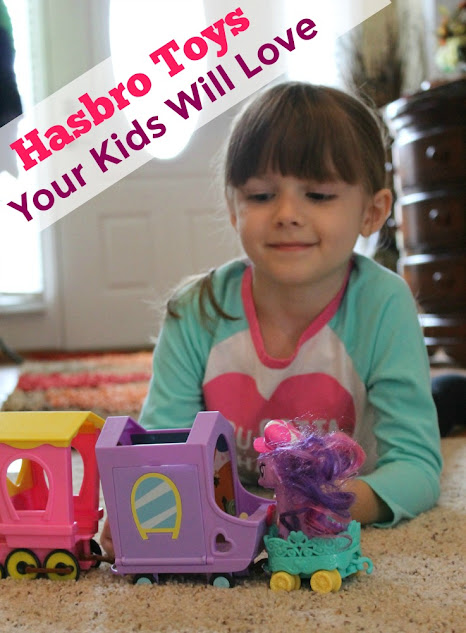 Bubbles is one of those kids that is just as happy sitting down with a doll as she is a plane or coloring books or dinosaur.  So while MLP, Transformers, and Disney dolls may seem like an eclectic mix, it’s right up her alley. 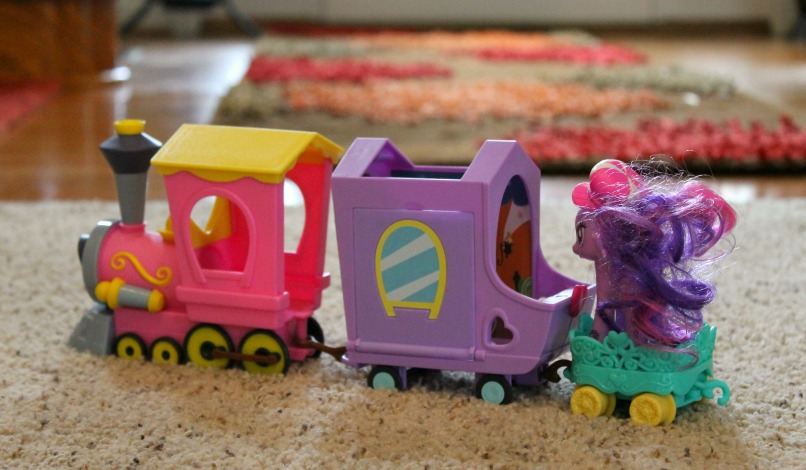 The first toy we opened was the My Little Pony Explore Equestria Friendship Express Train with Princess Twilight Sparkle.  Recommended for ages 3+ this is a three-piece train that comes with some cute accessories like a purple roll-on suitcase, a conductor’s hat for the included Princess Twilight Sparkle pony, and a little pony-sized map to point you towards pony-tastic adventures. 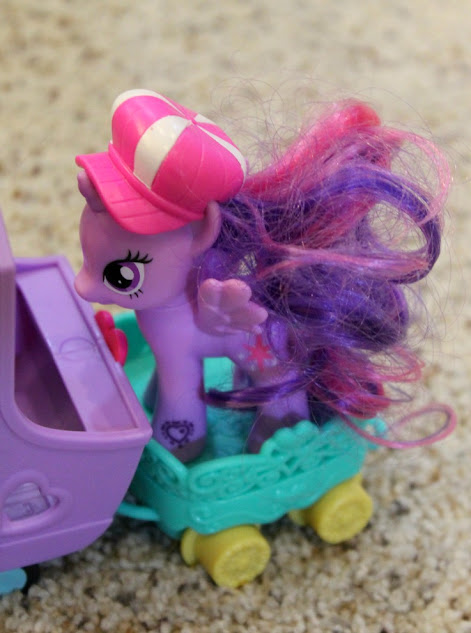 My Little Pony anything is definitely a favorite around here and this train has been no exception.  Bubbles has loved packing up tiny little treasures in the carry-on luggage and taking her other points to all the different parts of Equestria that she’s familiar with.  There have even been a few stowaways, including Elena of Avalor and Princess Isabel. 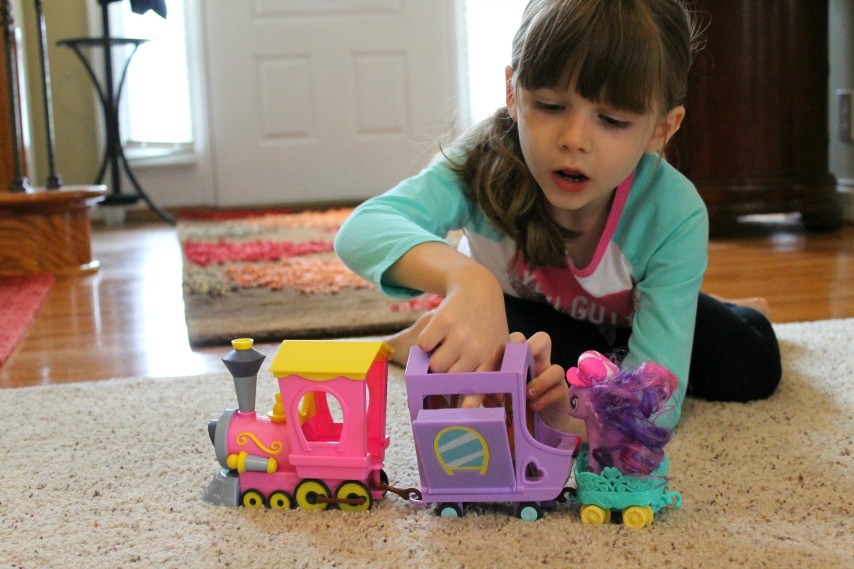 My Little Pony Equestria Girls Legend of Everfree premiered on Netflix on October 1st.  We didn’t get a chance to see it but we do have the DVD coming in the mail soon so I’ll have a review of that to share soon also.  I’m sure when it gets here we’ll be driving the Friendship Express Train over to Everfree to enjoy some of the camp-related activities. 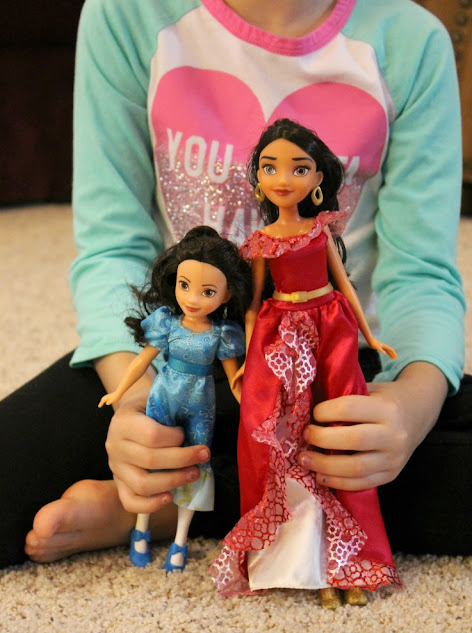 As I mentioned the Elena of Avalor and Princess Isabel dolls both managed a few rides on the train too.  We’ve been watching Elena of Avalor on the Disney Channel since it first aired.  It’s a really fun show that takes place in the same “universe” as Sofia the First.  It’s about Elena, a Latina princess, and her family, including Princess Isabel her younger sister. 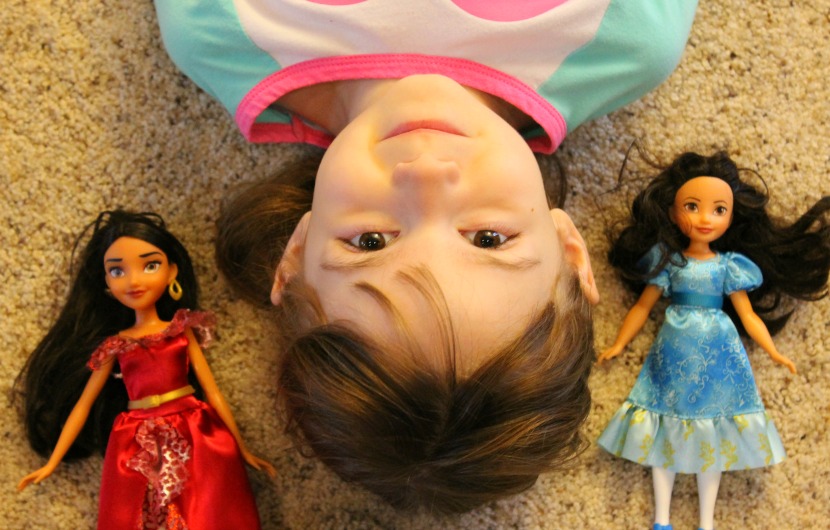 The dolls have great detailing, especially with their hair styles and the features on their clothes.  I’m kind of in love with Elena’s shoes, myself.  Bubbles thinks they’re very fashionable and likes to have the dolls “hang out” with her while we watch the show on TV.

The last item we’ve been playing with is the Power Surge Optimus Prime.  I have to admit I have a fond place in my heart for Transformers.  I very distinctly remember asking Santa for a Transformer for Christmas when I was about five (thankfully he came through!). 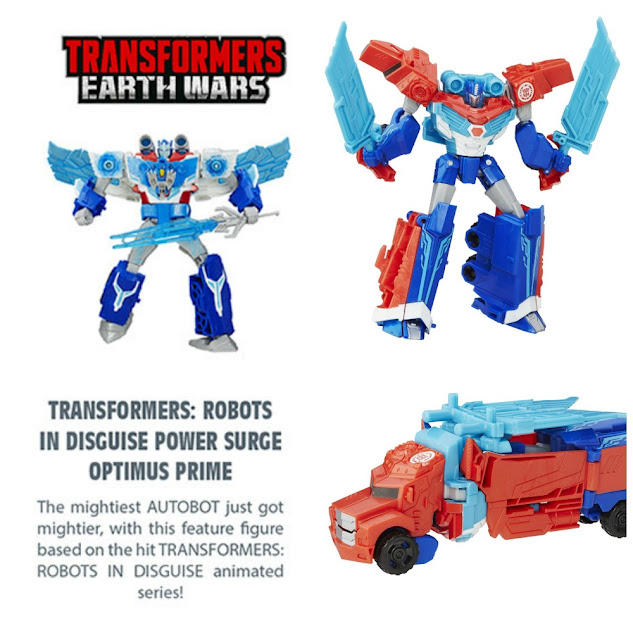 These are not the Transformer toys of my childhood – they’re better!  They’re huge and brightly-colored and much easier to transform than the dozens of intricate little adjustments I had to make on mine when I was little.

There are a ton of other great Hasbro toys out right now including the Playskool Chase N’ Go Ball Popper Toy, Yo-Kai Watch Trading Card Game Starter Pack, and the classic Bop It! Game.  I’m sure I’ll have lots more great Hasbro toys to share with you before the holidays but definitely put these on your list for then, too!

Which of these Hasbro toys are your kids’ favorite?

One Response to “3 Hot Hasbro Toys Your Kids Will Love”