If you read a lot of blogs you may have heard a common locale mentioned recently: Chicago.  Bloggers from all over the world (literally, from as far away as Australia!) recently descended on the Windy City for a chance to meet up, have some fun, and learn a few things.  I’ve always wanted to attend and this year I was lucky enough to join them.

I was also lucky enough to attend what has been labeled the Biggest Night of Play and shortly you’ll see why.  Sweet Suite is hosted by http://www.TheBigToyBook.com, Joey Fortman from RealMomMedia.com & Charlene DeLoach from CharleneChronicles.com and is an opportunity for bloggers to see some of the hottest toys available, as well as some that are on the horizon.  And not only did we get to see the toys, we were able to play with the toys, too.  Yup, that’s right – hundreds of adults walking around, building with blocks, playing video games, and squeeing like kids on Christmas morning (I may have done a bit of squeeing, myself). 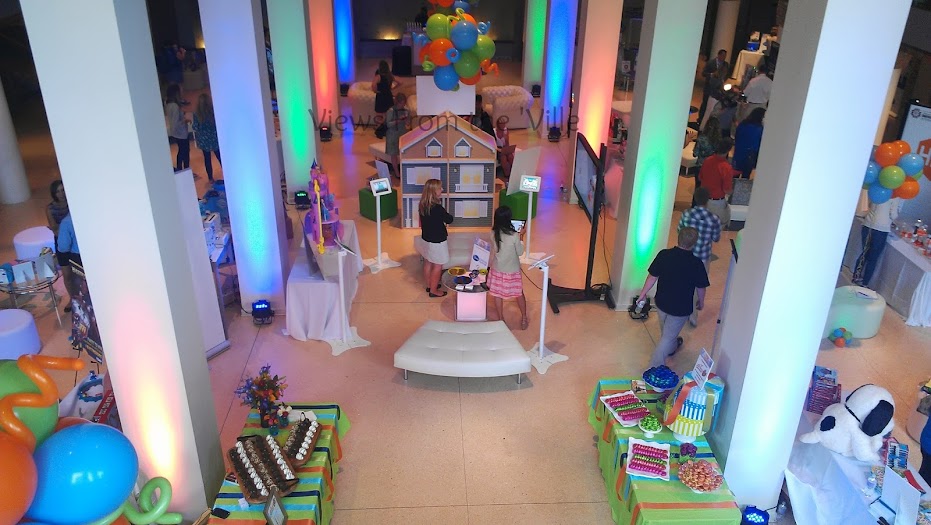 This year’s event was held at the River East Arts Center.  It was a beautiful building and the perfect space to hold something like #SweetSuite13.  Having it on two levels definitely helped everyone spread out a bit.  At one end was one definition of the “sweet” in Sweet Suite – yummy goodies!  There were chocolate-covered strawberries, chocolate-dipped Oreos, a station full of DIY Brew Over Ice drinks and much more. 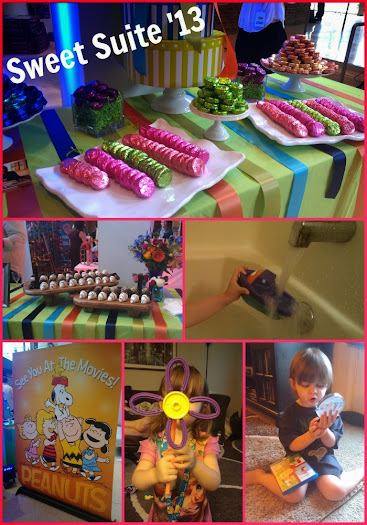 As this was my first time attending Sweet Suite, I wasn’t exactly sure what to expect so I only had planned to attend for about two hours.  If invited next year, I’ll know to leave myself wide open, as I could easily have stayed and played longer.  There was so much to do and see!  I knew in advance some of the companies scheduled to be there but I found that outside of a couple of brands, you really can’t just go on name or logo alone as their offerings were wide and varied. 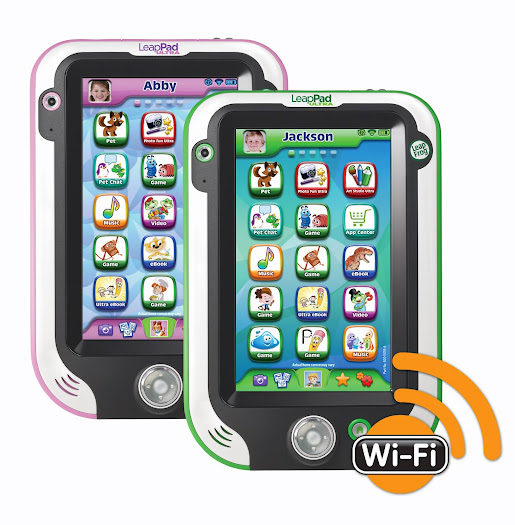 LeapFrog was one company I knew would be attending and considering that Bubbles’ has played her LeapPad so much that she’s completely rubbed off the words on the game, I made sure to speak to them for a few minutes.  They were showing off a couple of new products, including the new LeapPad Ultra and LeapReader.  Both of them were on display and the LeapPad Ultra was out to play with.  Both of them I’m very interested in and may have to look at for Christmas this year. 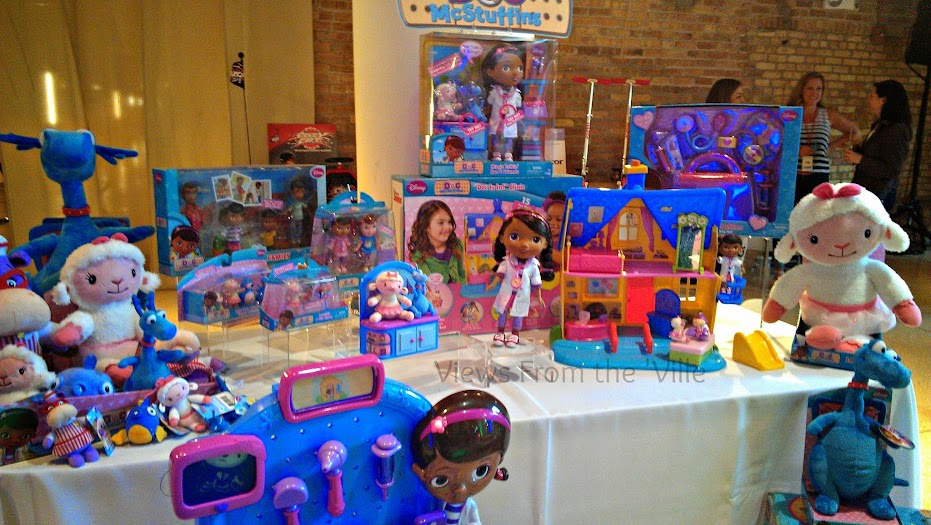 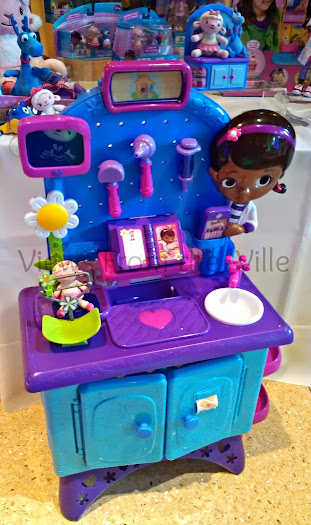 One of my other favorite booths of the evening was the Just Play folks.  They had a huge assortment of new Doc McStuffins’ toys, including a very cool Checkup Station.  Just Play also has a sweet Tickled Pink Minnie Mouse doll that literally turns pink and giggles when tickled.  And the 85th Anniversary Minnie & Mickey Mouse they had caught this mama’s eye, being the Disney fan that I am.

There were literally dozens of companies there so it would be hard to highlight them all in one post.  I promise you’ll be seeing more of them in posts to come!  A special thank-you to the folks from Peanuts who sent me home with a Snoopy t-shirt; Bubbles has barely wanted to take it off since I gave it to her. 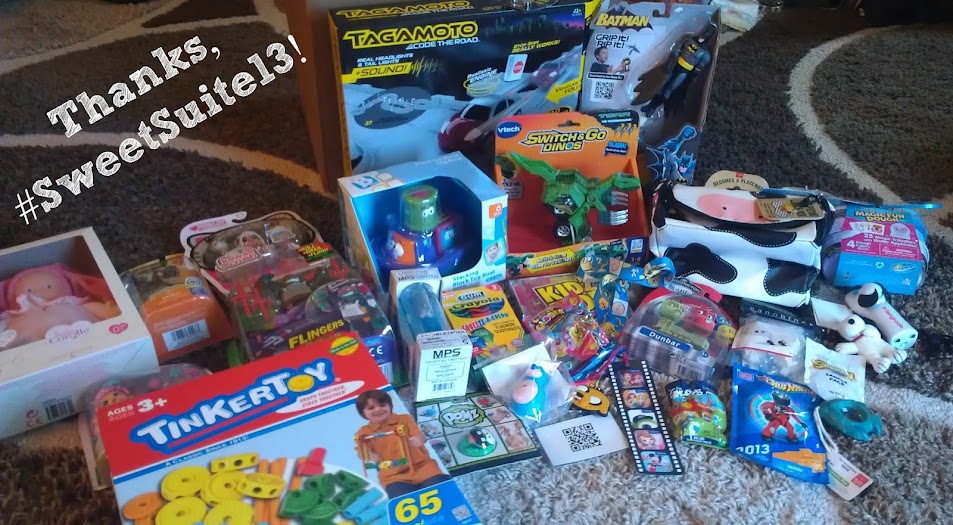 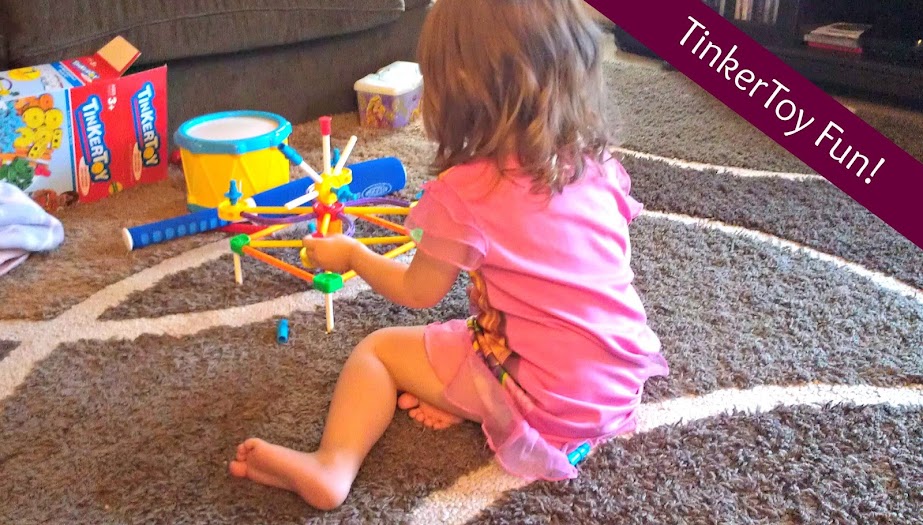 A few days after returning home from Chicago a very special treat arrived at our door.  Some of the very generous sponsors of Sweet Suite sent us a big box of toys to check out.  Bubbles was surprised and excited; she couldn’t decide what she wanted to open first.  She ended up going with the TinkerToys which made me happy.  I remember playing with those as a kid, myself.  I love the updated pieces and can tell this is going to be a go-to toy for quite awhile.

After awhile she also asked to open the Tagamoto racetrack.  Hubby was more than happy to oblige because, well, it was a race car.  The Tagamoto City Road Set is pretty awesome.  You can put stickers on the track that the car reads and does things like turn the lights on or off, play music, stop at a stop sign, etc.  She has played with it every single day, multiple times per day, and we’re planning to pick up additional cars and track pieces to keep it interesting.
0 Flares Twitter 0 Facebook 0 StumbleUpon 0 0 Flares ×

3 Responses to “Feeling Like a Kid Again at The Biggest Night of Play: Sweet Suite ’13 #SweetSuite13”