I normally share a weekly entertainment round-up so that you can stay on top of all the new releases of movies, DVDs, music, TV shows, and more.  But two weeks ago I was in Chicago and missed a week.  So today I have two weeks’ worth of entertainment info for you. 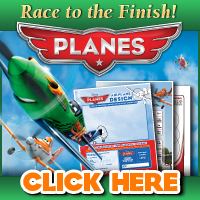 Disney’s Planes opens this week!  We cannot WAIT to go and see it.  Here’s a cute clip and some free printable activities to tide you over.

Disney’s The Jungle Book is one of my all-time favorite classic Disney movies.  I can’t even think of the movie without the song “The Bare Necessities” running through my head.  We own the DVD version but I’ll definitely be upgrading to the Blu-ray Diamond Edition when it comes out in February 2014.

Based on the Rudyard Kipling’s classic novel of the same name, The Jungle Book follows young Mowgli on a fun-filled journey with unforgettable characters, including Bagheera, the wise panther, the jazzy King Louie, the hypnotic snake Kaa and the lovable, happy-go-lucky bear Baloo, who teaches Mowgli the true meaning of friendship.

I have been in love with the name Aurora since first watching Disney’s Sleeping Beauty (I would have tried to name Bubbles Aurora if it went with our last name).  And you can’t help but smile over the three tiny fairies Flora, Fauna, and Merryweather.  Sleeping Beauty will be the 10th Disney Blu-ray Diamond Edition release, available October 2014.

Sleeping Beauty tells the wondrous tale of a princess cursed by an evil witch, protected by three loving fairies and, ultimately, saved by a “true love’s kiss.” Featuring the voice talents of renowned opera singer Mary Costa (as Sleeping Beauty) and Disney stalwart Eleanor Audley (as the evil fairy, Maleficent), the film’s vibrant visuals were created by a team that included Milt Kahl and Ollie Johnston, John Lounsbery, Frank Thomas and Marc Davis (of Disney’s legendary Nine Old Men), and an Academy Award® nominated score adapted from the incandescent music of Peter Tchaikovsky.

I have loved the Muppets since I was a kid – and I love the Muppets 3D show at Hollywood Studios – so I’m really looking forward to this new Muppets Most Wanted.  It has Ricky Gervais in it, and he makes me howl with laughter, so I’m sure it will be great.

Disney’s “Muppets Most Wanted” takes the entire Muppets gang on a global tour, selling out grand theaters in some of Europe’s most exciting destinations, including Berlin, Madrid and London. But mayhem follows the Muppets overseas, as they find themselves unwittingly entangled in an international crime caper headed by Constantine—the World’s Number One Criminal and a dead ringer for Kermit—and his dastardly sidekick Dominic, aka Number Two, portrayed by Ricky Gervais. The film stars Tina Fey as Nadya, a feisty prison guard, and Ty Burrell as Interpol agent Jean Pierre Napoleon.

If you haven’t already, be sure to read my review of The Extraordinary Adventures of Adèle Blanc-Sec.  It’s quite a tale!  And now there are free printable activities to go along with the movie, too.  Just click the image below to download.

This new poster for Marvel’s Thor: The Dark World has me getting anxious for the movie.  Looks like Natalie Portman has some armor of her own on.  Wonder what that means?

Two things happen in December that I’m anxiously awaiting: Christmas, and Disney’s Saving Mr. Banks.  Truly, I think may end up being one of the best live-action Disney movies ever.  The story is so compelling to me, and the actors are all amazing.  I may need a paper-chain countdown for both events! 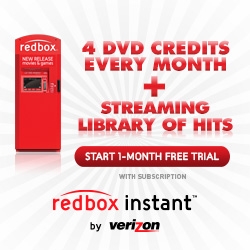 Which piece of entertainment info above is most exciting to you?