This shop and my Angry Birds party ideas have been compensated by Collective Bias, Inc. and its advertiser, Walmart Family Mobile. Opinions are mine, but the angry fun can be yours! #AngryForSavings #CollectiveBias

We’re kind of big fans of Angry Birds around here.  When she was around three, Bubbles was sitting with Daddy while he was playing Angry Birds on his phone.  She reached down and after a few minutes was successfully passing levels like a pro. 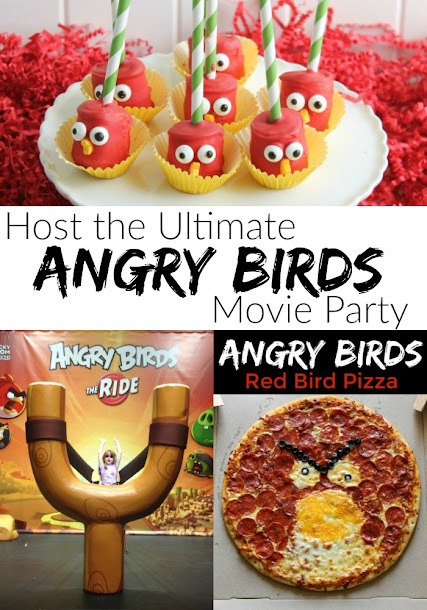 Because Bubbles starts school next week we’ve been trying to pack as much extra fun into the last week or two of summer.  I had wanted to take her to see the Angry Birds movie in theaters but we didn’t get the chance.  So I decided we’d do an at-home Angry Birds movie party instead!

I took a peek at my phone to see what the weather forecast was and when I saw we wouldn’t melt too badly, I grabbed our family’s Kentucky Kingdom passes.  Once in the park we made a beeline for Angry Birds: The Ride which is a 5-D Angry Birds experience. 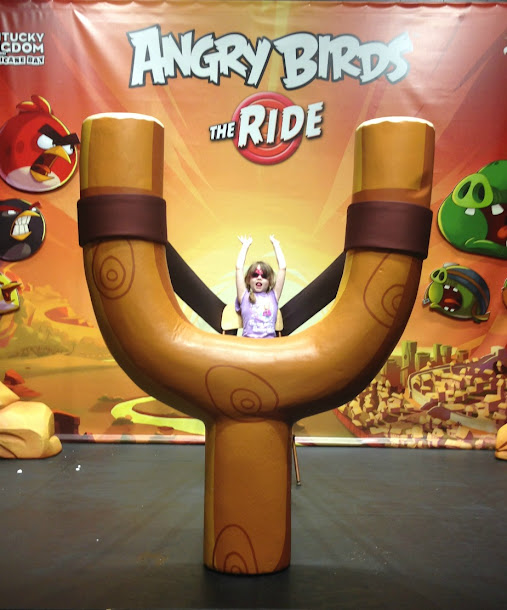 After the ride we opted for some shade next door and found a life-size Angry Birds sling shot.  Bubbles thought it was awesome and of course wanted her picture taken.  Thanks to the unlimited talk, text, and data on my Walmart Family Mobile plan I was able to send the picture immediately to my parents and in-laws who both got a kick out of it.

We enjoyed a few more rides and then decided it was time to head to the car’s glorious air conditioning.   Once we were home I set Bubbles up with a few “red” snacks and told her she could have a few minutes of Angry Birds on her tablet.  She asked for pepperoni and cheese (one of her favorite snacks), but settled for sliced strawberries as I had other ideas for the pepperoni. 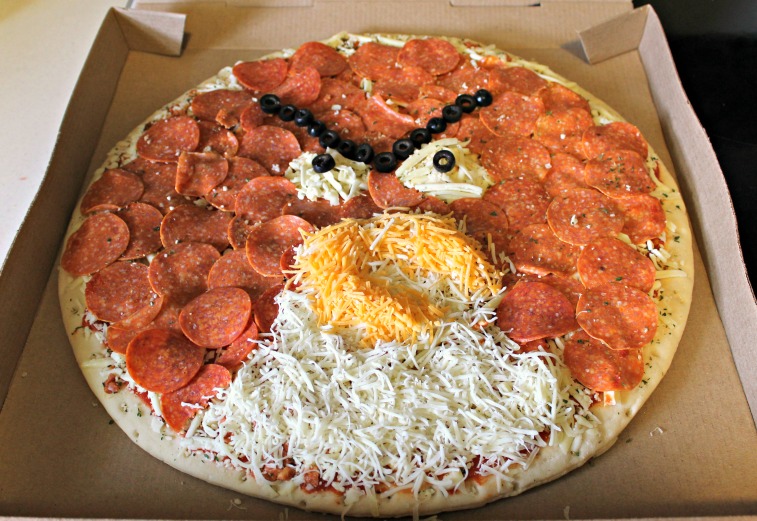 Want to wow your family at dinner during your Angry Birds party?  Serve them up an Angry Birds “Red Bird” pizza.  You just need:

I used a big pepperoni pizza from the deli as my base.  I then rearranged all the pepperoni to make up Red Bird’s body, adding a few extra slices of pepperoni to fill out the shape, leaving openings for the eyes.  You want it to kind of look like there’s a rounded “slice” of pepperonis missing from the bottom. 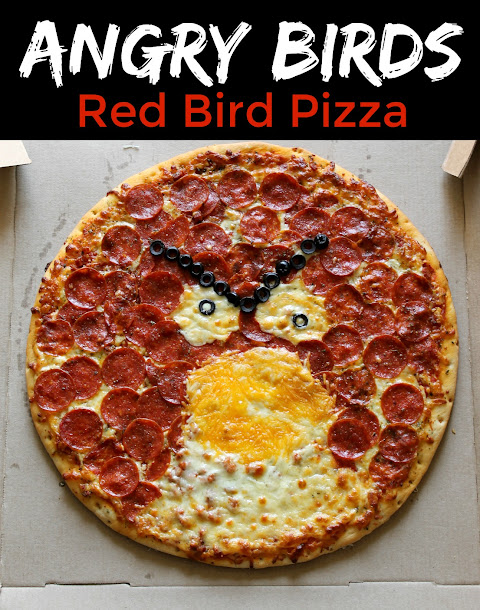 I topped each eye with a slice of black olive, and then made Red Bird’s signature angry eyebrows with more black olives.  I finished by making a beak shape with the shredded cheddar cheese.

The pizza definitely had the “wow” effect I was hoping for.  Bubbles gasped and called it a masterpiece (which might be a stretch, but I’ll take it!).  Even my husband was impressed with how it turned out.

After dinner we sat down to watch a movie through VUDU on our Smart TV.  With our Walmart Family Mobile plan we get one free VUDU rental each month.  Choose a movie to plan your family movie night around, like we did with Angry Birds.

It’s hard to beat Walmart Family Mobile PLUS plan pricing.  You get unlimited Talk, Text, Data, 10GB of 4G LTE, plus the monthly free movie rental, all for $49.88 per line.  With 10GB of 4G LTE I can capture and share every moment with friends and family, check the weather on the fly, and play lots of Angry Birds.

All you need to get started on any plan is the Starter Kit which is on Rollback for just $19.88.  You’ll also need a phone and they have tons of great phones to choose from, like the Samsung Galaxy On5, or the Coolpad Catalyst for as low as $59.88.  Stop by an in-store event and chat with a Walmart Family Mobile rep and get a free power up for the Endless Runner Game on the Angry Birds Action! app.  Look for displays like the one above and scan the Angry Birds code to unlock a selfie augmented reality experience with the Hatchlings, too!

After dinner it was time for another surprise.  Angry Birds Red Bird Marshmallow Pops!  Bubbles was once again wowed (though my husband slightly less so) and declared hers delicious.

How would you use your unlimited data to plan an Angry Birds party?

Disclaimer: All prices for phones and plans included in this post are accurate as of the date of posting; however, these prices are subject to change. Please refer to http://cbi.as/4q-u1 or your local Walmart for current pricing.