National Donut day is coming up!  Donuts always had a big role in family celebrations when I was growing up, as cake-style donuts were one of my Gram’s specialties. 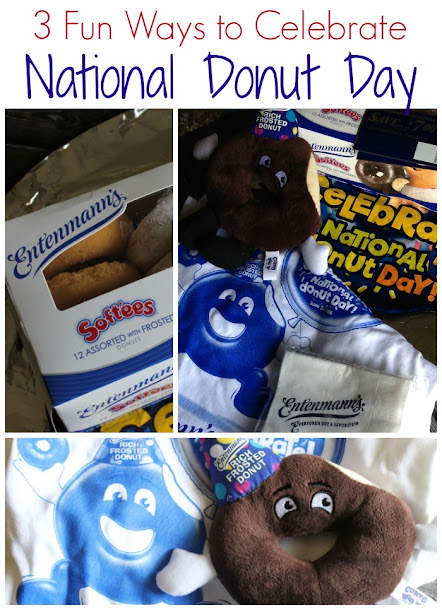 Here are three ways you can celebrate National Donut Day today, too.

Donut Fondue – There are so many different types of fondue out there, but have you ever tried it with donuts?  Get some of the round bite-sized donuts, plus cut up a few of the full-size ones into small chunks.  Then dip into your favorite fondue sauce like chocolate, caramel, or even melted frosting.

Donut Eating Contest – No, I don’t mean to see how many you can eat in five minutes (though that could be fun, too).  Instead tie a piece of string to something high up (or just put it on a plate if that won’t work) and have everyone try and eat their donut – without using their hands.  First one to finish wins!

Donut Decorating – Pick up a couple boxes of plain Entenmann’s, some frosting or sauces, and toppings.  Kids will have fun adding sprinkles, nuts, candy, marshmallows or even crushed cereal to their creations.

The Salvation Army created National Donut Day to celebrate the “Donut Lassies” who made donuts for the soldiers during World War 1.  So for every consumer (fan or not) that enters Entenmann’s Facebook “Win Free Donuts for a Year” sweepstakes, $1 will be donated to The Salvation Army, up to $35,000!  You can learn more about the sweeps and see the official rules by going to Entenmann’s® Facebook page. 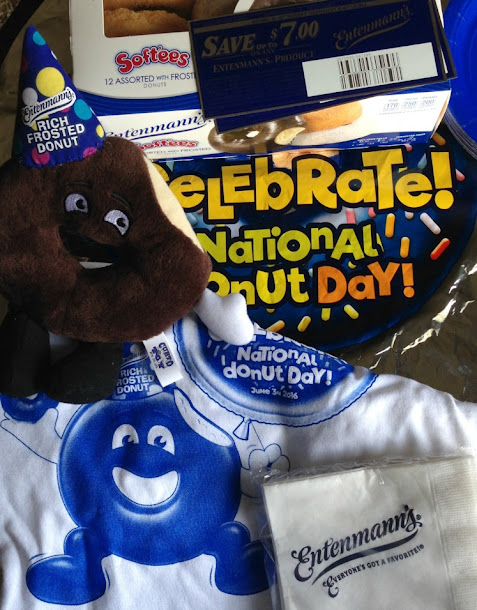