It’s no secret that we love the Disney Frozen movie.  I shared my Disney Frozen review with you after we took Bubbles to see it in theaters back in November.  And recently we even had a Mother/Daughter Disney Frozen day of fun.

One of the things I loved most about the movie was the music.  The “Let It Go” song is not only one of my favorite songs from Frozen, but is one of my favorite Disney movie songs, period.  Bubbles has been singing this song literally since we returned to our car after the movie.

Apparently we’re not the only ones that love the song.  More than 1,000 theaters around the country will be introducing a new sing-along version of Disney Frozen in theaters starting January 31, 2014.  I hear it will be in Canada, too!

As Dave Hollis (executive vice president, theatrical distribution, The Walt Disney Studios) said, “Frozen fans have embraced the film’s original songs and its soundtrack with such passion – there are countless YouTube videos from people singing songs like ‘Let It Go’ – we decided to create a version that would celebrate that enthusiasm.  It’s a great opportunity for families to get together and have some fun with these songs.”

There is also an amazing new version of the “Let It Go” sequence, where the song is in 25 different languages.  I might not speak all of them, but they all do the song justice.  Check out the video of it above.  If you’d like to listen to all the songs, Amazon has the Disney Frozen Soundtrack available for purchase and download. 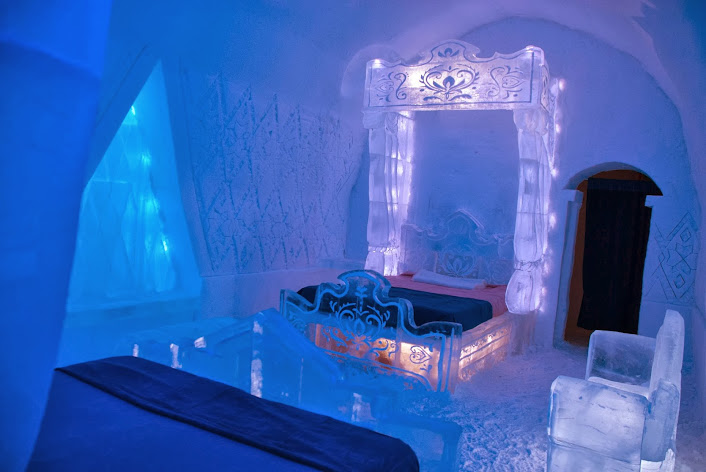 And this may be one of the coolest – sorry, no pun intended – things I’ve seen in quite awhile.  In celebration of the movie, The Walt Disney Studios and Quebec City’s Hôtel de Glace (Ice Hotel) have unveiled a special experiential Frozen-themed guest suite and activity cave.  It’s been quite awhile since I’ve been to Quebec City, but this is definitely something that makes me want to go back before the suite closes on March 23rd, 2014.

You can preorder Disney Frozen on Blu-ray and DVD right now.  It officially releases on March 18th, and will include the cute “Get a Horse!” short, “Let It Go” music videos, and more.

What was your favorite part of Disney Frozen?

One Response to “Lots of Exciting Disney Frozen Info (Including a “Let It Go” Video!)”