Thank you to Disney for covering my expenses so that I could attend the premiere at the El Capitan Theatre and share my Thor The Dark World review with you.  All words and thoughts are my own.

Yesterday I shared with you my photos and experiences from attending the Delivery Man premiere at the El Capitan Theatre.  To have had that experience just once would have been amazing!  But we were fortunate enough to experience two red carpet events: Delivery Man and Thor: The Dark World. 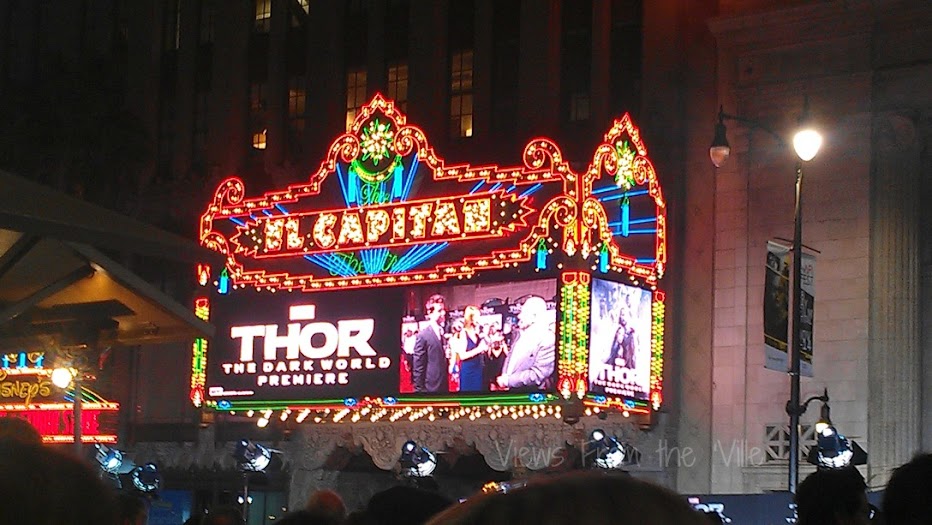 I felt a bit more like a pro the second night, as I knew more what to expect.  It gave me the chance to take more in and look around more.  Looking around more let me realize – um, wow, I just walked behind Anthony Hopkins (who plays Odin).  Because, you know, no one knows him, right? 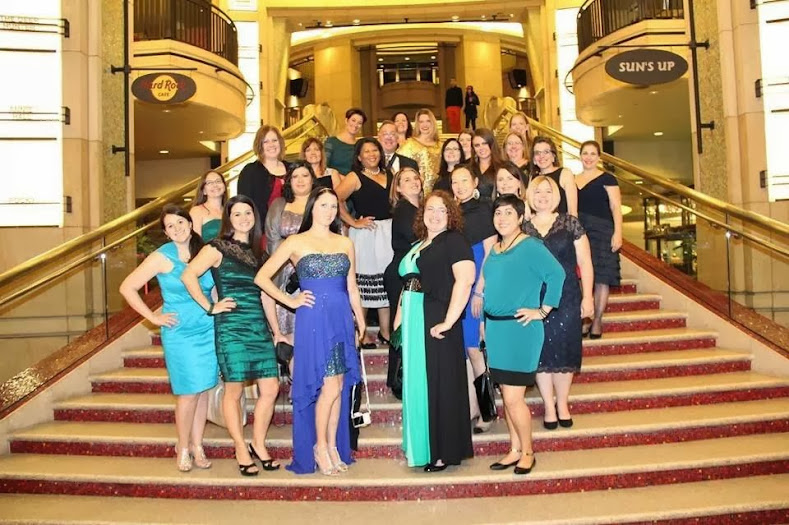 While we were walking from Loews Hollywood Hotel to the El Capitan Theatre for the premiere we had to walk down the Oscar staircase again.  This time we decided to stop for a group photo!  24 lovely ladies and one handsome gent.  Thanks Marshall for capturing that moment for us! We picked up our seating tickets, received our wrist bracelets for identification, and started walking the carpet. 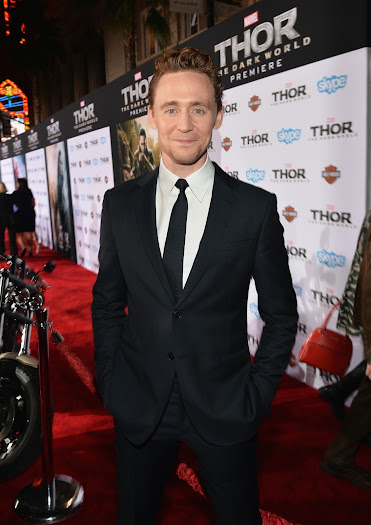 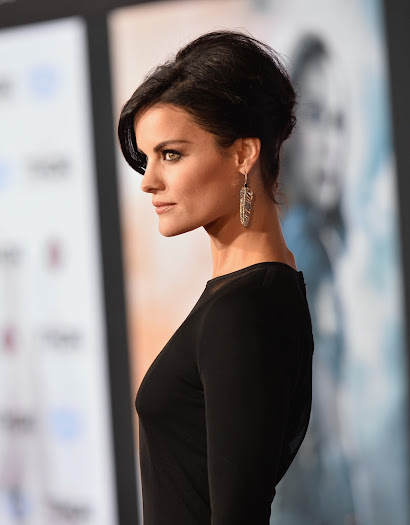 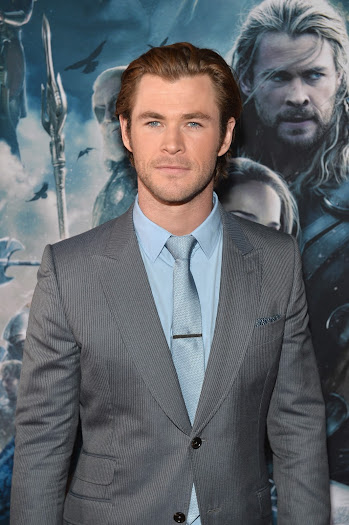 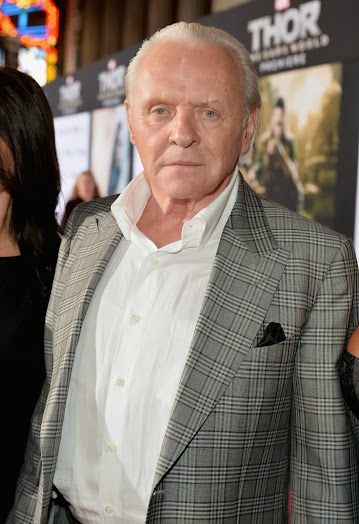 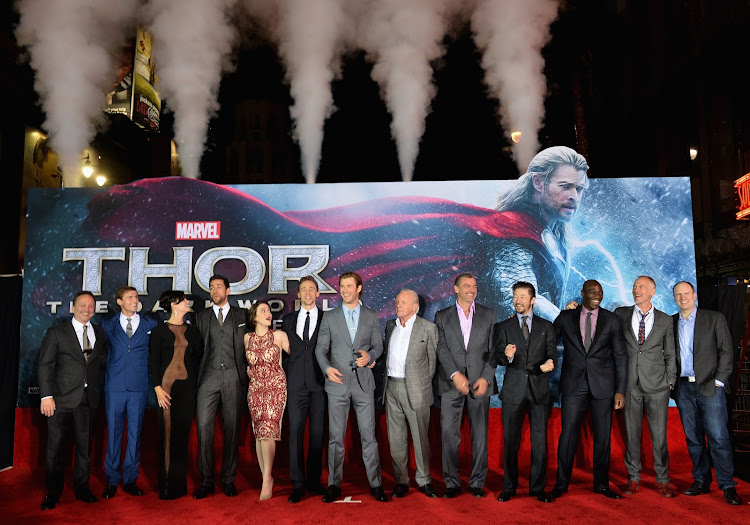 We saw lots of cast members, including Tom Hiddleston, Jaimie Alexander, and Zachary Levi, all of whom we had just interviewed.  You’ll be hearing lots more about them in the next couple of weeks as I share what they had to say.  And, of course, Chris Hemsworth (Thor himself) was there. 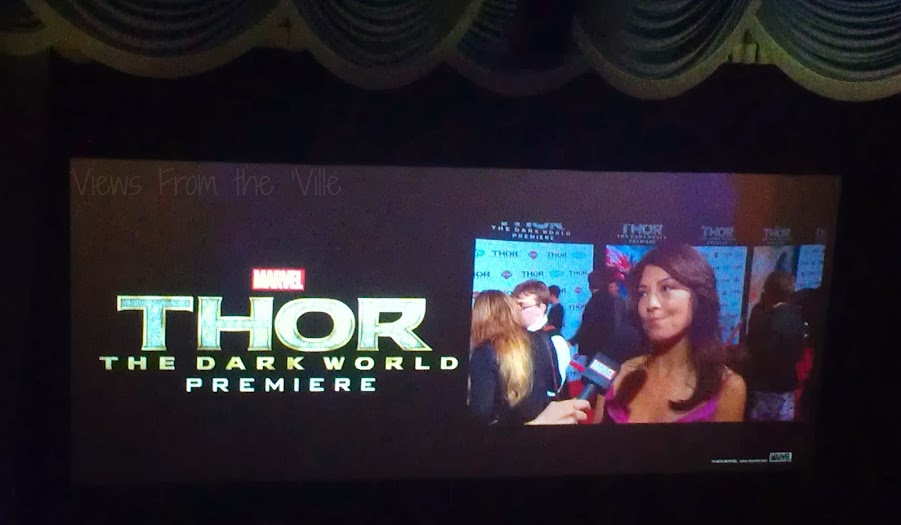 After we picked up our cool Thor-inspired 3D glasses, our soda, and our popcorn (in a fun Thor bucket), we took our seats.  There were still a few folks finishing up the carpet, and we were able to catch them and some of their interviews as they were streamed up on the screen.  At that moment they happened to be interviewing Ming-Na Wen, whom we had just seen that morning in a sneak peek screening of an upcoming Agents of S.H.I.E.L.D. episode.

The movie is, in a word, epic.  Seriously, you will love this movie.  I almost think it might be even better than the first Thor.  You get to see another side of Loki (I may just be #TeamLoki after all), lots of great action, and a deepening story between Thor and Jane.  I was on the edge of my seat most of the movie.

I love how Loki really embraced being the god of mischief.  And while it was almost always with his own goals in mind, he did lend a hand to help Thor and Jane, too.  It makes you hope that maybe some day, he’ll get things worked out with Thor and perhaps come back into the fold – even if it’s on his own terms.

In addition to being action-packed, there was lots of humor in the movie, too.  I sat next to Cinny (of Whirlwind of Surprises) and Coralie (of Utah Coupon Deals) and we all were laughing out loud a few different times.  And a couple of times you heard us gasp, too; there are a couple of surprises that I won’t ruin.  I’ll just say that someone unexpected dies, and something happens to Thor that we weren’t prepared for.

Thor: The Dark World is now open in theaters.  I say if you didn’t already see it at some of the midnight openings last night, that you should definitely see it this weekend.  I know that when Ashley gets back in town for college break, we’ll see if she can babysit Bubbles for us so that I can take hubby.  He’s a huge Marvel fan, too, and isn’t exactly sure that it’s fair I already saw it!

What did you think of Thor: The Dark World?