The other day I shared with you my Disney Sleeping Beauty Diamond Edition review.  But, as they always say, there are two sides to every story.  Until recently, we only knew that Aurora was good and Maleficent was evil.  The live-action tale of Disney’s Maleficent, available tomorrow on Blu-ray and DVD, may give you a different outlook on the classic tale.

Whether or not you’re specifically a Disney Villain fan, you will love this movie.  You will also have Lana Del Rey’s “Once Upon a Dream” stuck in your head for approximately the rest of your life.  And that’s not a bad thing at all.

In the beginning, Maleficent was simply a happy fairy that befriended a boy named Stefan.  For many years they are friends – even more than friends, sharing a kiss at one point.  Over time, though, Stefan stops visiting, leaving Maleficent to wonder what happened. 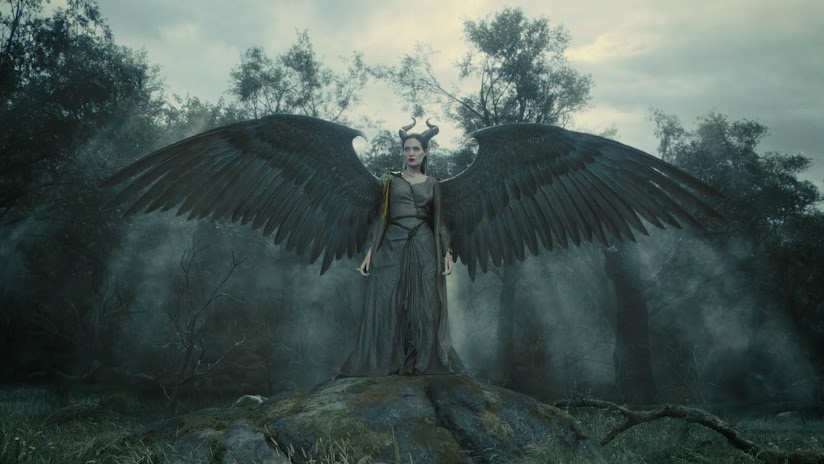 Maleficent’s power continues to grow and with her sizable wings she becomes the perfect choice to be the protector of the moors.  The current King is none-too-pleased, however, when Maleficent drives him back, so he tells the men of the castle that whomever kills her will be his successor.  Stefan goes to Maleficent and drugs her, with the intent to kill her; unable to bring himself to do so, he cuts off her wings instead and shows them to the King as proof of her death.

Fast forward a few years to when Stefan is now King Stefan and he and his wife Queen Leila have had a baby, Aurora.  Maleficent’s raven Diaval hears of the celebration and tells Maleficent, who decides to make a little appearance.  She curses the baby to fall into a death-like sleep on her 16th birthday, but when King Stefan kneels and begs, she amends the curse to allow Aurora to be awoken by true love’s kiss.  Oh, the irony.

Aurora is taken by Flora, Fauna, and Merryweather to live in the forest in an attempt to keep her safe.  But Diaval – oh, that tricky Diaval – finds them and reports back to Maleficent.  As they watch the fairies ineptly raise Aurora, Maleficent steps in now and again to help keep her alive.  And soon, though she won’t admit it, she starts to care about the young girl and they become friends.

On her 16th birthday, Aurora bumps into a young gentleman named Phillip (yep, that Phillip).  The fairies send her home to the castle where the curse lures her to a collection of broken spinning wheels in the basement.  As Maleficent races to save her, one of them repairs itself, the curse is fulfilled, and Aurora falls into her sleep.  The fairies haul in Phillip and demand he kiss her to save her, but nothing happens when he does.

Maleficent is devastated promises the sleeping Aurora that as long as she lives, no harm will come to her.  She seals the promise with a kiss to her forehead and suddenly Aurora wakes up.  It was very fitting because after all, what’s more true than the love of a parental figure?

There’s a bit of a skirmish at the end.  Well, kind of an epic skirmish, actually, when Maleficent transforms Diaval into a dragon to help her.  But she’s saved only when Aurora releases Maleficent’s wings and they fly to her aid.

My favorite part of Maleficent is Angelina Jolie’s facial expressions as Maleficent.  They reel you in, make you cringe, make you sniffle.  She was definitely the perfect casting choice.  I highly recommend this re-imagined spin of the classic Sleeping Beauty tale. 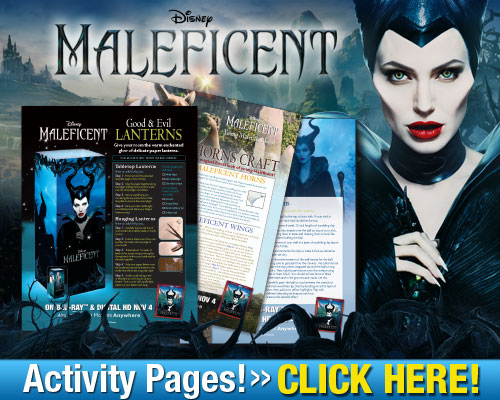 What part of Maleficent was your favorite?