Thank you to Disney for covering my expenses so I could participate in the Vince Vaughn interview.  All thoughts are my own.

As part of our trip to L.A. we had the pleasure of sitting down with Vince Vaughn for a little chat.  I have to say – being invited to a Vince Vaughn interview made me quite popular with my brothers, who are huge Vince Vaughn fans from way back.  I believe they’ve seen pretty much every one of his movies; I know this as I was always right there beside them, watching along, too. 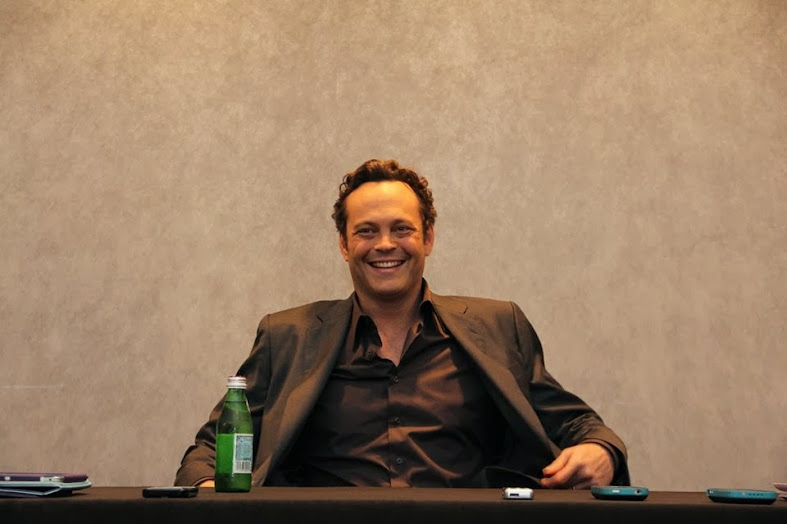 We were chatting with Vince about his role as David Wozniak in the film Delivery Man.  Our group had just watched it the night before when we attended the red carpet premiere at the El Capitan Theatre.  I was surprised that Vince knew we had been in attendance; one of the very first things he said walking through the door was “thanks for coming last night.”  He also commented on our attire, as we were wearing our Delivery Man t-shirts and Wozniak Meat Company jackets. 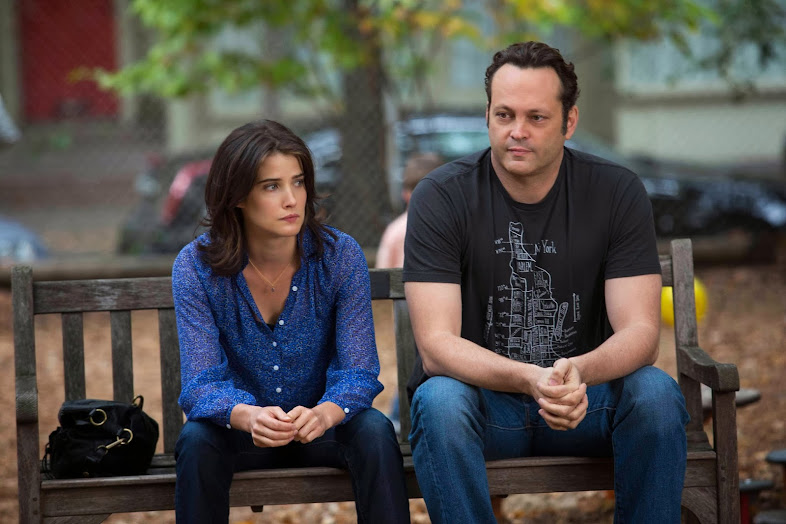 As a bit of background, in Delivery Man David Wozniak receives two very big surprises within a very short time frame.  First, he finds out that his girlfriend Emma (played by awesome Cobie Smulders) is pregnant – and she’s not even sure she wants him involved, as he hasn’t been exactly dependable.  Second, he finds out that due to an error at a fertility clinic where he donated 20 years earlier that he is the biological father of 533 kids. 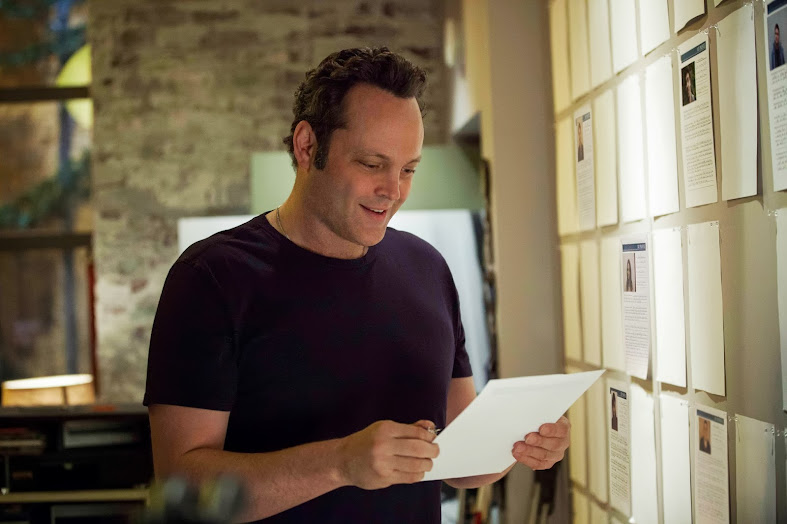 While the movie is filled with humor, it’s not really a “typical” Vince Vaughn role.  So we asked him why did he decide to play David Wozniak?  “The director is a very passionate storyteller, and I think what he is doing with this story is really unique and inspiring.  It’s not an overly obvious way in to some very sentimental and universal feelings, I think, about parenthood and also about life.”

“What’s interesting to me,” he continued, “is nowadays movies can be just a comedy or just sentimental or just a drama.  The skill set that Ken has is very unique in that it is kind of all of those things in one movie.  It makes it a very unpredictable story; you’re not quite sure what emotion is going to come next.”

He’s definitely right about that.  One minute I was laughing out loud, and the next minute I was wishing that my clutch had been big enough for a pack of tissues.  When you’re telling the story of life and family, there are bound to be a range of emotions.

Cracked Open As A Parent 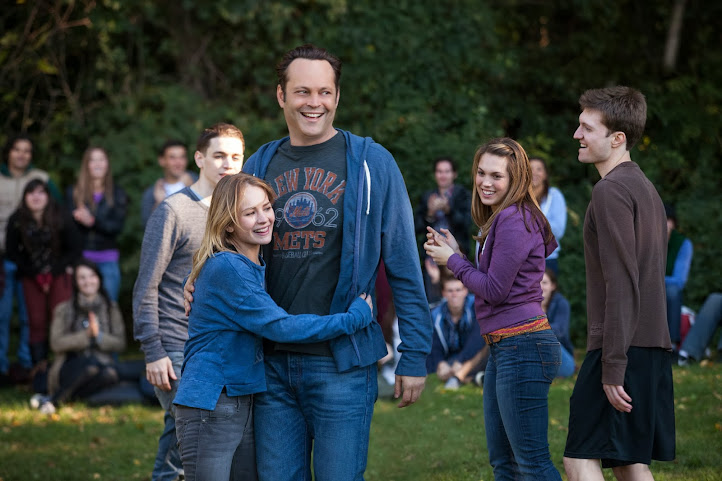 A family man, himself (Vince’s second child was born in August), he was able to bring part of that to the role of David.  “You’re so cracked open as a parent to those things.  And inevitably you start thinking about, well, what should I do for their lives.  You start seeking information about how do I parent?  I think for me, fortunately, I come from a very close family, and I waited until I was older, and I really wanted to be a parent when I got to be a parent.  So I’m very invested in it.  I think it was very easy to draw on those kinds of emotions that were running in me anyway.”

He also drew from his role as a husband.  “It’s interesting for Cobie’s character and my character to kind of figure out how they see each other, what are the expectations, because I find relationships to really be about communicating and expectations, you know?  Partnership I think is very important, too.  The best thing you can do as a father for your kids is to love the mom in that it shows what a good relationship should be.” 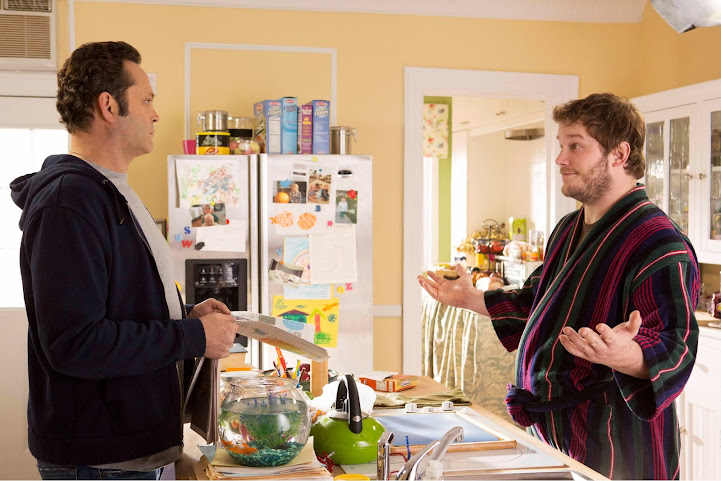 Speaking of Cobie, Vince had nothing but kind words for his costars.  “I think one of the things that was so nice was that both of them [Cobie Smulders and Chris Pratt] are really new parents, so I had a captive audience to show my photos to.  They’re, like, ‘yeah, that’s great – look at mine!’  So that was fun.”

“Chris is really sweet and sincere.  He’s a really nice guy and really loves his wife.  It’s nice to see.  And the same with Cobie, and her husband’s so nice.  And they’re just excited parents.  It was fun to make this movie with people who are at a similar stage.” 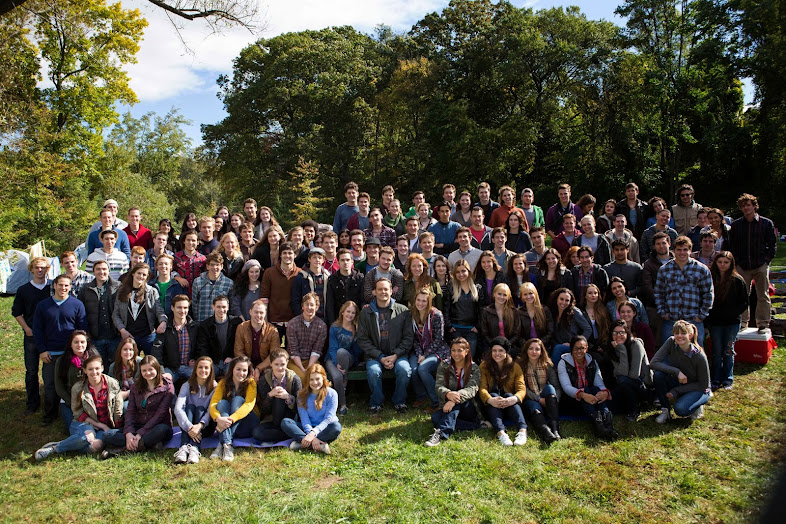 So which of the 533 kids was his favorite?  “Love them all the same.  I really did!  All those actors were just so wonderful and so excited.  There’s something in that enthusiasm that they had and commitment to do a great job that I found inspiring.  I think they all did a really nice job.  There’s something lovable and root-able about all of them, right?” 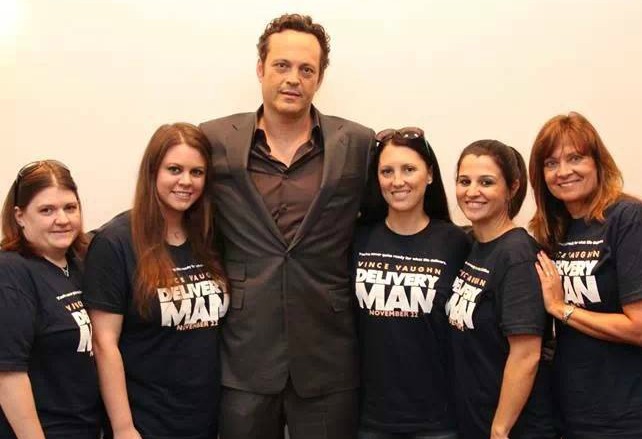 We ended up speaking to Vince for over 20 minutes, which was very gracious of him.  And at the end he offered to have Marshall take small group photos with us.  You’ll probably notice right away – Vince Vaughn is a very tall man!  He always comes across as tall on the big screen but in person, it was kind of remarkable.

Be sure to go and see Delivery Man when it opens on Friday, November 22nd.  And pack those tissues!  Follow @DeliveryManFilm on Twitter, too, as they’ve had a lot of fun giveaways and live chats lately.

What is your favorite part of our Vince Vaughn interview?

31 Responses to “Cracked Open as a Parent: My Vince Vaughn Interview”