Thank you to Disney for covering my expenses on our press trip where we learned about the animation design process.  All opinions are my own.

Our trip to Disney Toon Studios had already been amazing, having had the opportunity to interview Disney Planes Director Klay Hall and Producer Traci Balthazor-Flynn, plus Pre-Vis Development team members Jason McKinley and Thomas Leavitt.  But we also sat down with Dan Abraham, Head of Story and Art Hernandez, Story Artist. 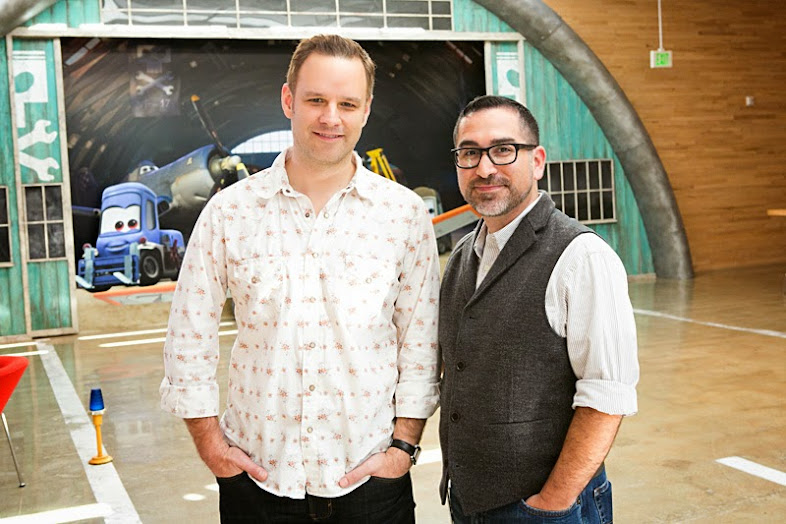 Dan and Art walked us through the animation design process for movies.  Once the script is written it goes to the story artists and they work from there.  There are rare occasions where there is no script as a starting point, but Planes did have a script to work from.

From Script to Visual

Dan explained, “the script gets broken down into chapters and each storyboard artist will get, like, three different chapters from the script, a sequence from the movie.  What we do then is take the written word and transform it into a visual.  We make a comparable conversion of the movie to set up a staging – where the characters are, what the locations look like, where is the camera in the story.” 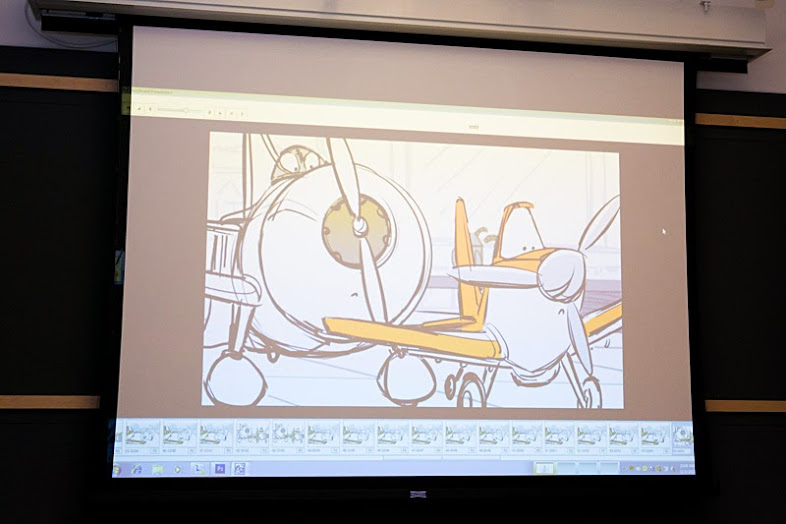 “We set all of that stuff up basically as the template for all of the pipeline that comes after us,” he continued.  “All of the animators, and the guys that model the characters and the guys that do the background painting.  We’re faced with the task of making sure that everything works, and in the world of Planes, that’s not the easiest thing to do because you have to try to cram all of those characters with wings into one shot.”

Where Does That Wing Go?

Figuring out the layout, so to speak, of the planes was one thing that both Dan and Art mentioned multiple times.  “We’ve got all these characters that are like this [demonstrating with his hands] that have to carry on conversations and have relationships and stuff like that and they can’t just shimmy off to the side,” Art shared.  “That’s not how suspension works.  They have to roll – it’s very, very challenging.” 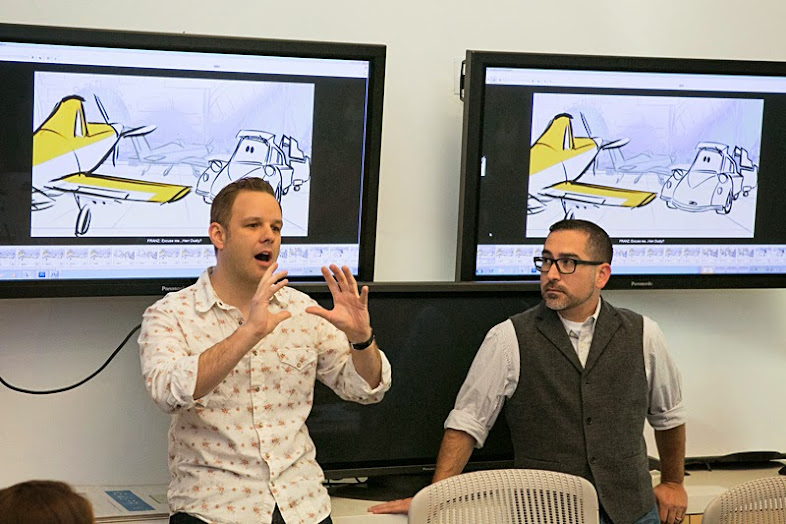 After the sequences are worked out they get approved by Klay [Hall] and then go into editorial.  They shoot all the drawings so the story artists can watch them on the screen and work out the timing.  “Nothing is super fleshed out, but we get a general sense of how the overall story is working,” Dan continued.  “After we watch it we’ll come into a room like this, sit down, and tear it apart.”

That would probably be the hardest part for me if I were a Story Artist.  After putting in all that hard work, your designs and thoughts get critiqued, and a majority of them are thrown out.  The Story Artists create around 40,000 individual panels and around 20% of them actually get used.  Pardon the pun, but it’s like being sent back to the drawing board over and over for almost two years – the amount of time this part of the process takes. 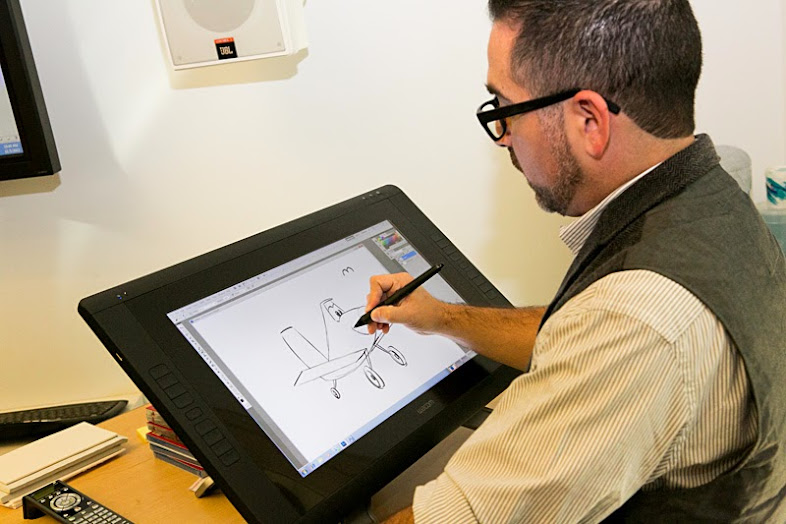 Dan finished walking us through these steps of the process, including giving us a demo of how he would pitch his sequence to Klay.  Next up was Art, who not only showed us how he drew Dusty, but he gave us a quick lesson so we could all draw our own Dusty!

I’m not sure that Disney is going to be calling me any time soon to join the team, but I didn’t think that my Dusty turned out too terribly. The Disney Planes Blu-ray Combo Pack is now available for purchase, so be sure to pick up a copy.  It’s already considered a Disney classic in our home; we’ve watched it almost every day.  Some of the toys from the movies are on Bubbles’ Christmas wishlist; if they are on your kids’ lists, too, check out these Planes toys options, currently on sale.
0 Flares Twitter 0 Pin It Share 0 Facebook 0 StumbleUpon 0 0 Flares ×

9 Responses to “Learning to Draw Dusty at Disney Toon Studios”