Thank you to Disney for covering my expenses on a recent press trip where I was able to interview Jaimie Alexander.  No additional compensation was received and all opinions are my own.

I share the other day all the fun from my Tom Hiddleston interview.  But Tom wasn’t the only Thor: The Dark World cast member that we were able to speak with while in L.A.  We also had the chance to sit down with Jaimie Alexander who plays the Asgardian warrior Sif. 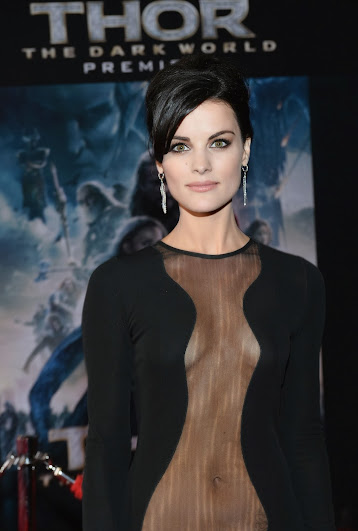 You probably heard Jaimie’s name mentioned quite a few times right after the Thor: The Dark World red carpet premiere.  It seems that nearly every news outlet was talking about her dress.  We didn’t get to see it right away as she was wearing a coat during our interview, but once we arrived on the carpet and had a chance to see it, you can understand why it was being talked about: it made quite the statement. 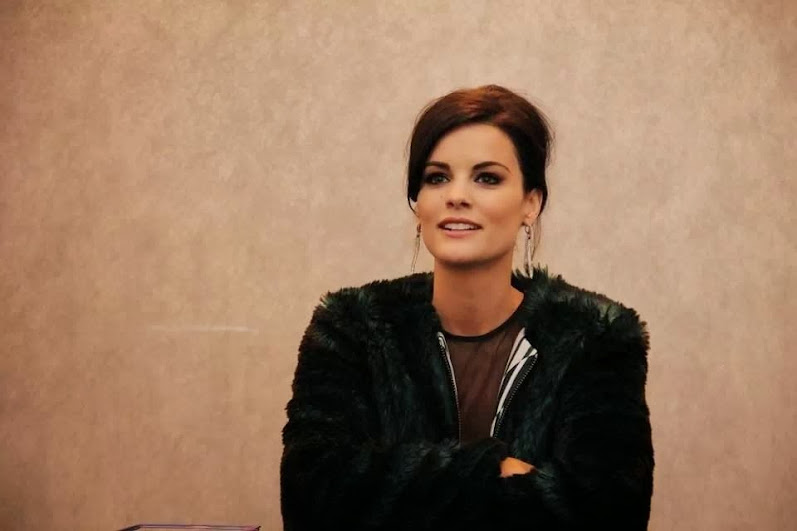 But that’s Jaimie for you, and it’s one of the reasons I liked her right away.  The second she walked through the door you could just tell that she was a strong, confident woman.  Sometimes those traits can earn women some not-so-nice names but you wouldn’t apply any of them to Jaimie.  She was open and genuine, putting everyone in the room at ease and talking to us in a very relaxed, very real manner.

Being a Role Model 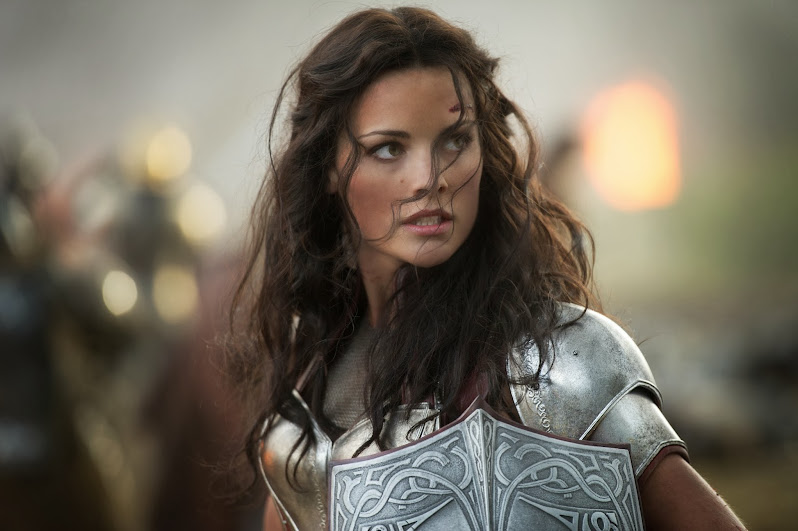 Jaimie actually speaks at schools on confidence and body image.  She said “I know, you guys look at me and you’re, like, ‘You’re tall.  You’re kind of thin.’  I have less than an A cup, okay?  So there are things about me that aren’t Hollywood standard.”  But she’s okay with that.  In fact, “I actually really like it,” she continued.  “I have tattoos.  I grew up with four brothers.  I was a high school wrestler.  I did all of these things that aren’t typical of a young woman.”

She tells the young women that she speaks to “Don’t be afraid of yourself.  Work what your momma gave you, and appreciate it, because everybody is different, and nobody is a duplicate, so no one can actually be you, you have that above everyone else.”  And Jaimie takes her own advice and incorporates it into her character, Sif.  “Where her costume is – she’s covered.  She’s not revealing anything.  Yet, she’s feminine.  But she’s also strong, so you really see her personality before you see her physicality, and that’s most important.”

Training to be Sif 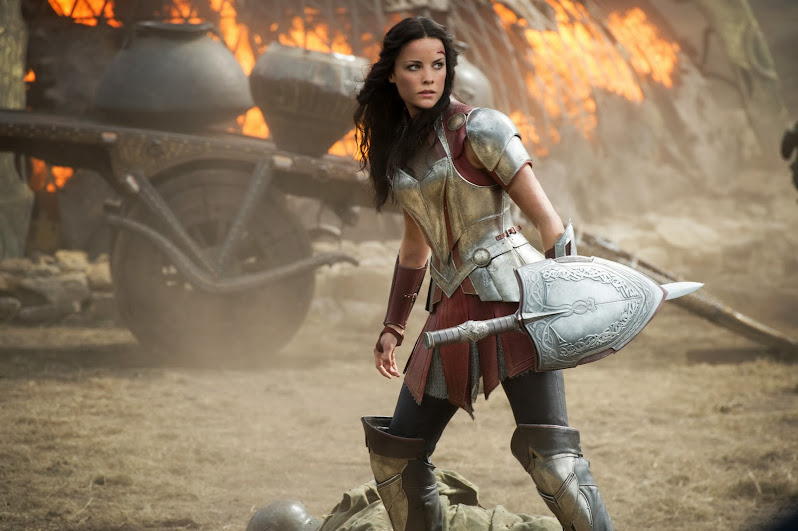 Speaking of physicality, Jaimie told us about how much she had to train for the film.  She “trained for about two months, weight lifting, yoga, Pilates on the Reformer.”  Apparently the Reformer was new to Jaimie because she said “you give me a machine like that, it’s like you’re asking me to just hurt myself.”  I’d probably hurt myself, too!

She also “did a lot of fight training with a wonderful stunt girl named Chloe Bruce.  She is a world champion martial artist, and she’s a little scary.  When you first meet her, she’s great.  And then you’re, like, ‘Whoa.  You can bend your leg that way.  I’m going to go over here.”

“That Right Amount of Crazy”

All that hard work paid off, though, because Jaimie Alexander did almost all her own stunts.  She actually loved doing them.  “I’m that right amount of crazy…as for the jumps, the fighting, the weapons, I do most of my own.  There are some things that Sif does that are just completely impossible for any human being to do, and that’s when the CGI comes in, but it’s rare.” 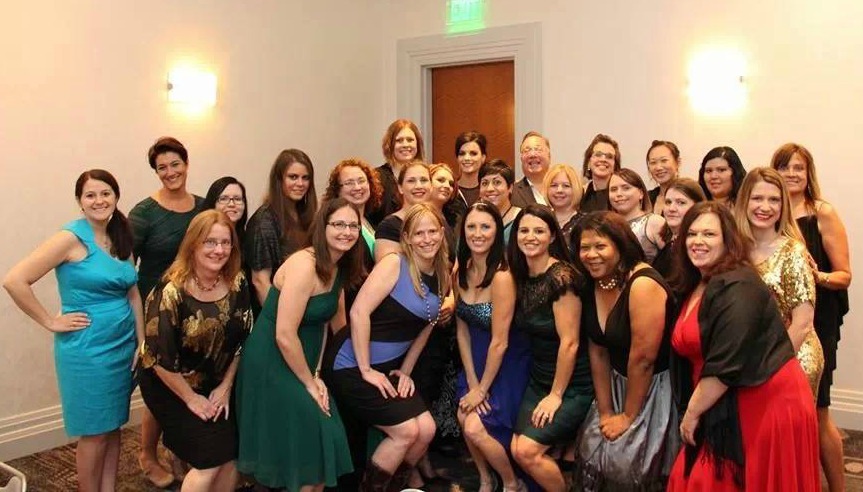 I seriously loved talking to Jaimie.  She was so genuine and funny!  I love that she was happy to take a photo with us, too (thanks Marshall!).  Fortunately she’s tall because she hung out in the back to hide her coat.  I’m hoping that we’ll see more of her in the future!  There’s always the possibility of Lady Loki, after all.  And maybe a spot in Avengers 2?  Keep up-to-date by following Jaimie Alexander on Twitter.

What did you think of Sif in Thor: The Dark World?

18 Responses to “Talking with Thor: The Dark World’s Jaimie Alexander”