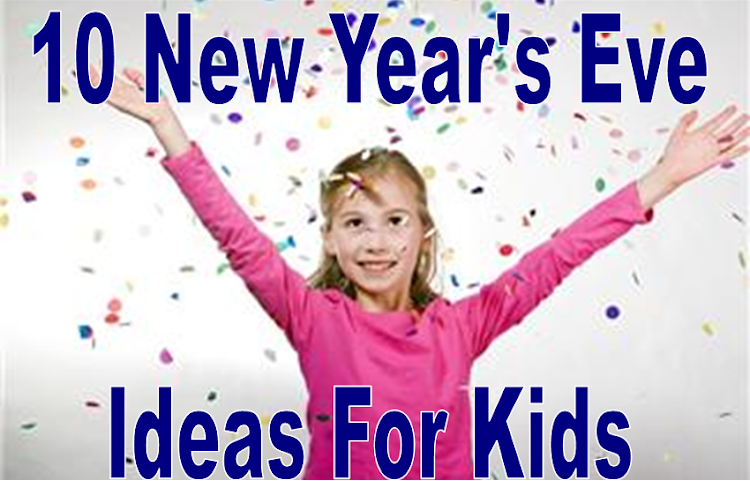 Kids love opportunities to celebrate – and they love excuses to stay up late even more!  New Year’s Eve addresses both of those joys.  But staying up until midnight or later can be rough on (or impossible for) some kids and sometimes the thought of dealing with tomorrow’s crankiness from lack of sleep can be a little daunting for parents.  It may make more sense for your family to have a Noon Year’s Eve party instead of the traditional New Year’s Eve party.  Whichever route you decide to take, here are some fun party ideas for kids!

What New Year’s Eve ideas for kids do you have? Have you ever held a Noon Year’s Eve party?