This shop has been compensated by Collective Bias, Inc. and its advertiser. All opinions and projects, including the Christmas word search, are mine alone. #PlanesToTheRescue #CollectiveBias

Bubbles hasn’t been feeling very well the past few days.  She feels a little bit like she’s missing out on all the Christmas festivities so I decided to put together a couple of fun activities that she could do while sitting.  In fact, she really doesn’t even have to get off the couch unless she feels like it.  The games I created are easy to play sitting, standing, or on the go. 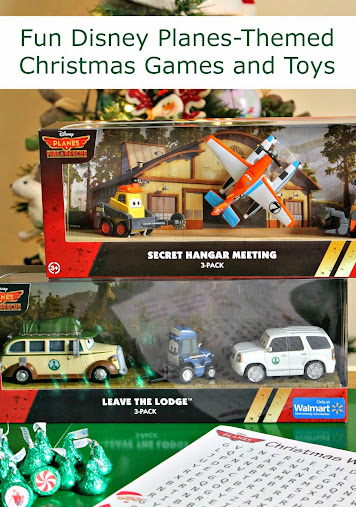 I chose these two activities for another reason, too.  First, Bubbles has been very interested in learning how to spell and read lately so I thought a Christmas word search would be good practice.  And second, she loves to match and sort (everything in the house) and chocolate kisses are her favorite treat; I thought it would be fun to combine the two. 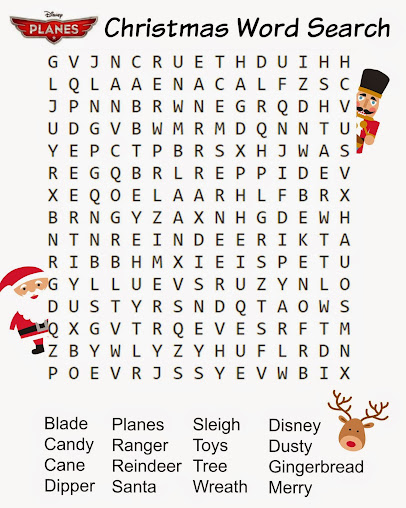 I took the holiday fun and games a step further by adding in a little Disney magic.  I’ve talked quite a bit about how much Bubbles loves Disney Planes – she even had a Disney Planes birthday party last year – so the Christmas word search and matching game both were given an injection of Planes fun, too.  Considering the squeals of delight that came out of her when she sat down to play, I think I made the right choice. 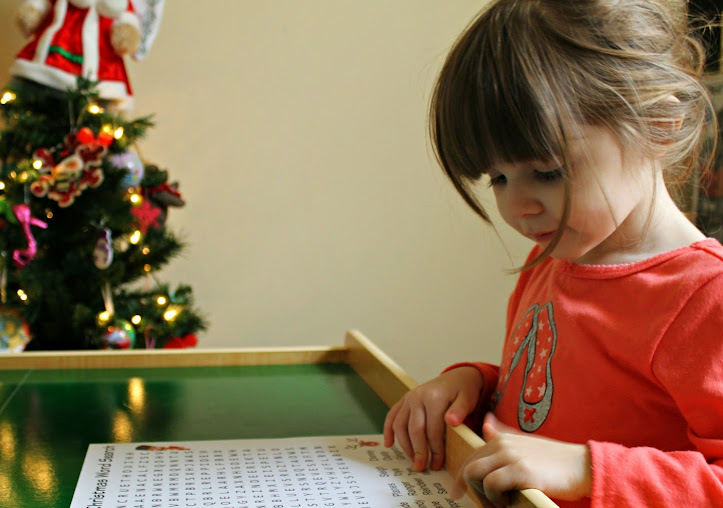 First I made the printable Christmas Word Search using a mix of Christmas-themed objects and names (like Santa and jolly) with Disney Planes themes (like Dusty and Disney).  Bubbles cheered “Disney!” when she looked it over; it’s one of the words she recognizes on sight already.  We had fun working together to find the words in the mix of letters. 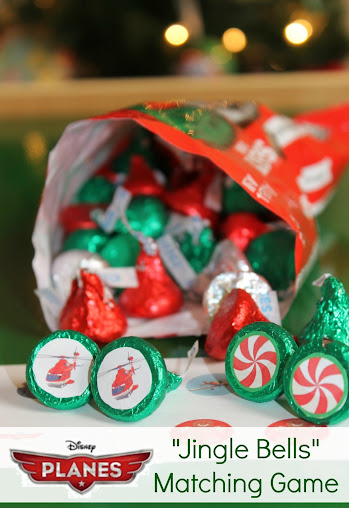 The next activity I created for Bubbles was the matching game.  This one is fun because at the end of the game, if you so choose, you can eat it!  Haha.  Fortunately I bought a lot of chocolate so even if some of the pieces go “missing” I’ll have lots of backup. 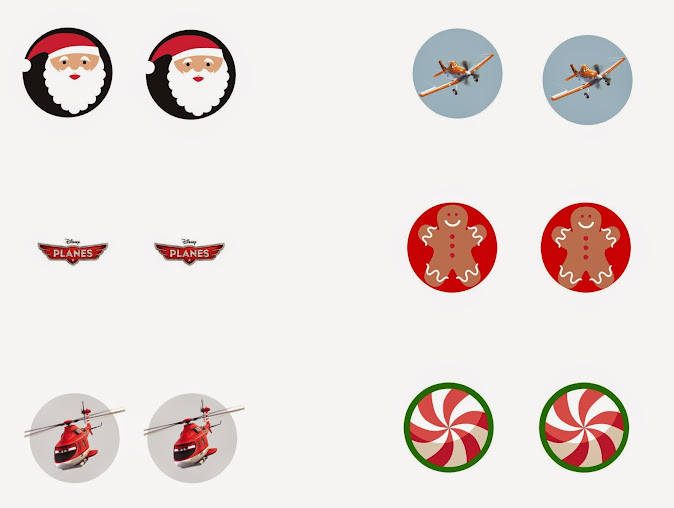 It’s easy to make.  Just print out my free template and cut out the images. 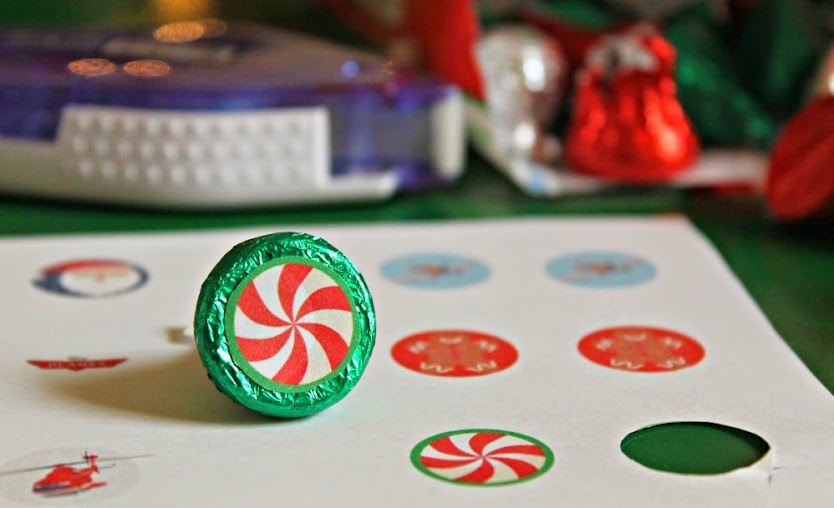 Use glue dots or a piece of tape to stick them to the bottom of your chocolate “bells”.  Then set them up in a grid on a flat surface.  The kiddos can pick them up one at a time until they find all the matches. 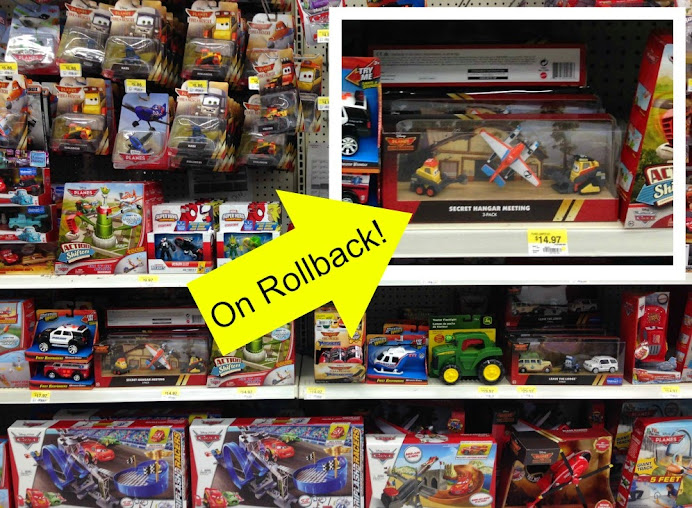 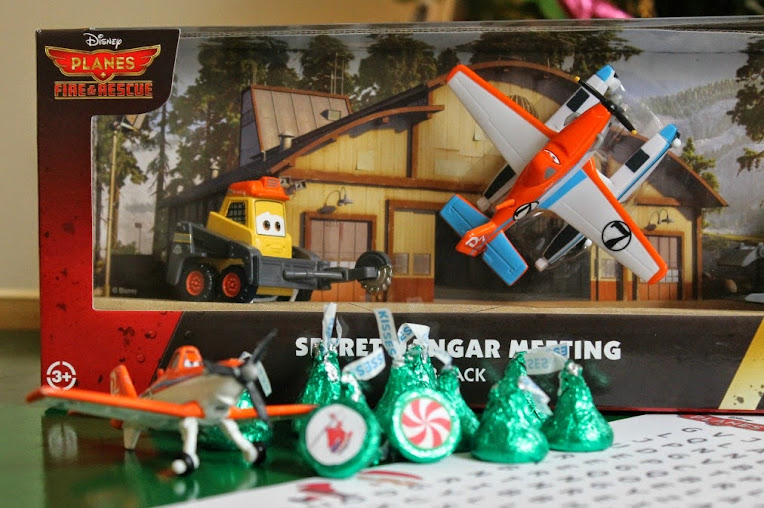 As I did still need a few stocking stuffers I picked up two of the 3-packs; I’ll open them and wrap the vehicles separately to tuck into Bubbles’ stocking.  They’ll be a great compliment to the other Disney Planes die-casts she already has.

Which of the Disney Planes toys on Rollback would you like to get?