I love to watch Bubbles’ creativeness grow as she does.  Her playtime has gotten more complex, as have her building skills.  It’s fun to see the structures she puts together, and then to see the stories she creates around them. 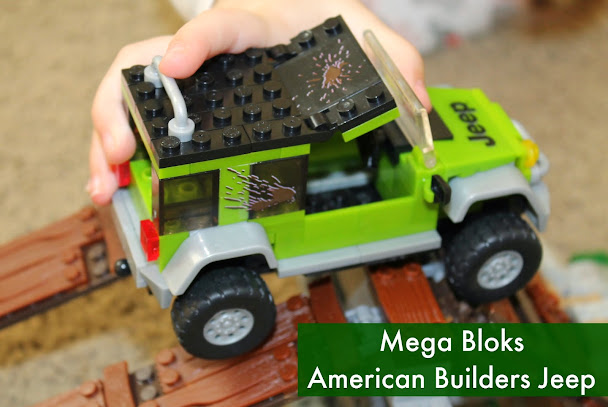 Blocks are some of her favorite, and we spend a lot of time building with them.  So when we recently had the opportunity to review the new Mega Bloks American Builders Jeep Off-Road Adventure set, I was excited to see what she would think about it.  Blocks plus trucks would equal lots of fun for her, I was sure. 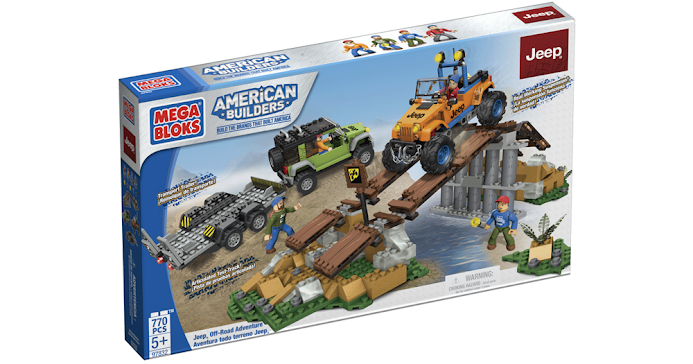 Before she could get to playing, though, there was the matter of putting the set together.  The set includes 770 pieces, many of which are very tiny.  It was above her skill limit to put most of it together, and while it’s rated for ages 5 and up, I think much of it would be too challenging for a 5-year-old to do on their own, too. 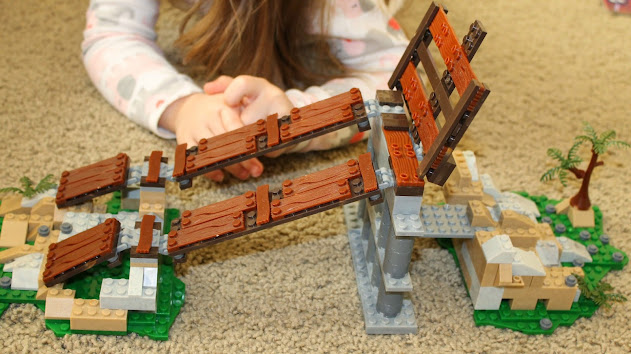 I put it together for her over the course of a couple of days.  The directions were mostly straight forward – each page lists the number of pieces you need for that step, then gives a visual representation of how to put them together (if needed), followed by how to attach them to the finished piece you’re already working with.  I do wish the pieces had been grouped together by step and packaged that way; they’re kind of just randomly put in plastic pouches. 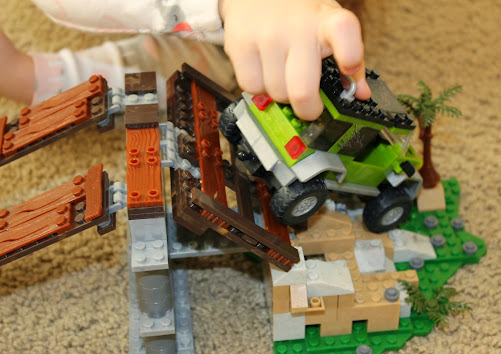 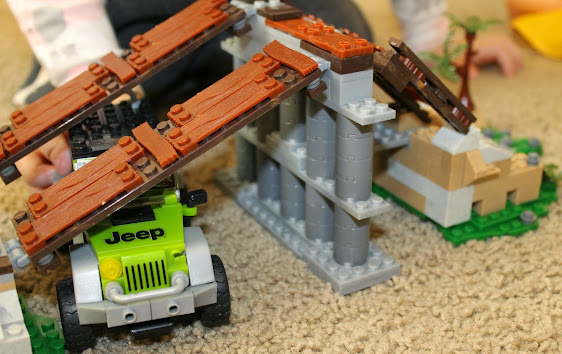 Once it was together, though, Bubbles was thrilled.  Driving the two Jeeps and the trailer up and down the bridges and going over the rocks was a lot of fun for her.  A number of her other vehicles, dinosaurs, dogs, and toys in general got loaded up and driven to ‘the construction site’ as she liked to call it. 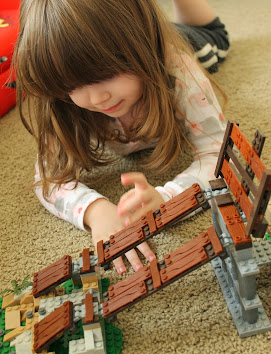 The Mega Bloks American Builders Jeep Off-Road Adventures Set is definitely a lot of fun to play with.  I think most preschoolers and up would enjoy playing with it, and I think many elementary school-aged kids could put it together, some with help, some without.  It might be a nice end-of-school gift idea so kiddos would have something to work on for a bit before playing with over the summer.

What feature of the Mega Bloks American Builders Jeep set is your favorite?

I received a Mega Bloks set in order to facilitate my review. All words and opinions are my own.