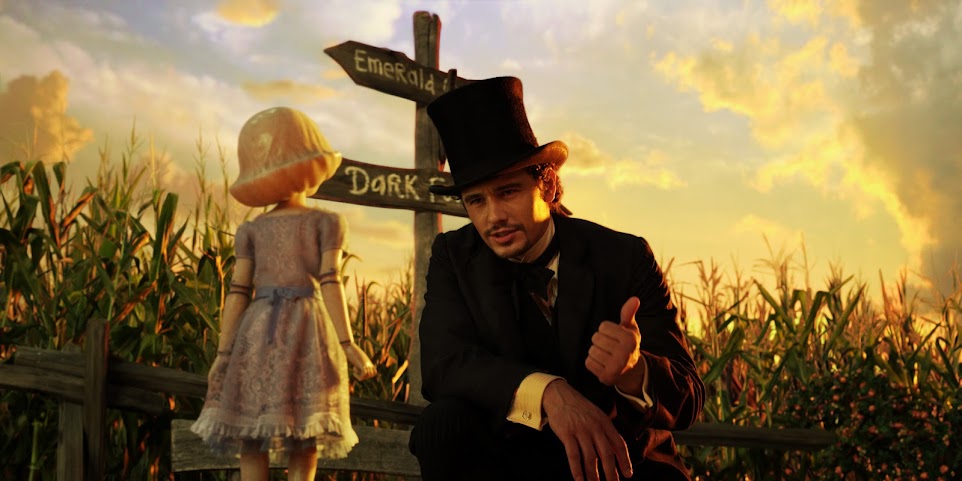 First, Disney just announced that superstar Mariah Carey has recorded the song “Almost Home” for the movie.  You’ll have a chance to hear it before the movie, too; it’s going to be released as a single on February 19th.  “‘Almost Home’ has a message that works beautifully with the film,” Mariah Carey says of the song she co-wrote and co-produced  for Oz The Great and Powerful. “It’s a feel-good record; it gives you the feeling of reaching your home and being with people that you love.”

You can also now point your browser to the latest Chrome Experiment, “Find Your Way to Oz”.  Like any good circus, there’s plenty to keep you entertained: compose your own music, play with a fun photo booth and create your own movie with a zoetrope.  The path to Oz also involves confronting an ominous tornado; surviving it completes the journey, enabling you to watch an exclusive unreleased clip from the film.  For the best experience, you’ll want to use a computer built to handle intense graphics.  It also works best with a webcam and a modern browser that supports WebGL and WebRTC, like Chrome.  Start your journey towards the yellow brick road here.

Lastly, in case you missed it this past Sunday there was a new trailer for the film.  Lots of people talked about how it was in their top three for commercials that day, so I’ve included it below so you don’t miss out.

Are you excited to see Oz the Great and Powerful?

9 Responses to “Mariah Carey Records For Oz the Great and Powerful, Plus an Interactive Experience!”