Bubbles is in love with Disney and I couldn’t be happier.  I’ve mentioned two or twenty times how much I love Disney and seeing her get excited over the characters makes me smile.  I can’t wait until we can take her to Florida so she can meet them in person!

She loves all the Disney characters (Minnie and Mickey were some of her first words) but lately she has really been taken with the Disney Princesses.  If we see them on TV or in a magazine she points, squeals and yells “Princess!”.  We’ve watched Cinderella, the new Sofia the First, and Tangled a number of times and she’s always entranced. 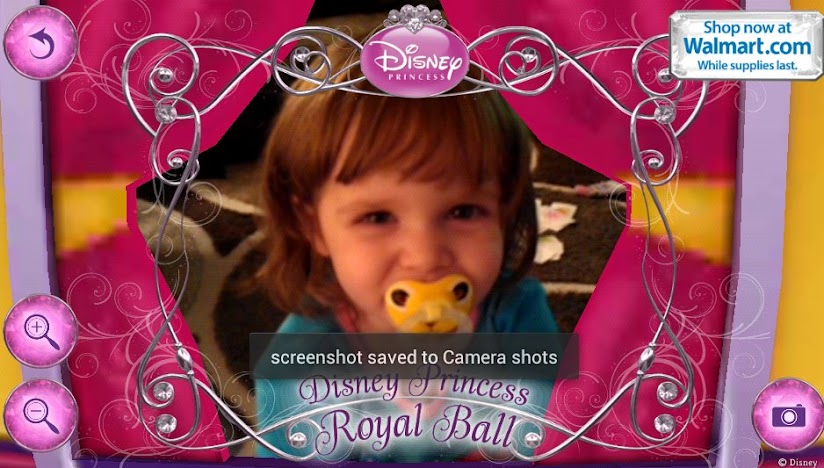 During the flurry of Black Friday sales promotions I saw an ad for the Fisher-Price Disney Princess Songs Palace and thought it would be the perfect introductory Princess playset for her.  She has a few Little People that she likes and the Little People Princesses that coordinate with the Palace will say their name and play their theme song.  In addition to the two Princesses that come with the set there are a bunch of other Princesses – plus Prince Charming and the Beast – that you can buy that go with it.

Before heading to the store I checked Walmart.com to see if it was in stock at our local store and it wasn’t.  They have a special Disney Princess portal on their site to help you find what you want.  And they had the Palace!  So we ordered it online.  Shopping online can be very convenient.  There were a number of other adorable Princess items on their website, including a couple of carriages, so I decided to visit Walmart anyway.  No one said there was a limit of one Disney Princess item per person, right? 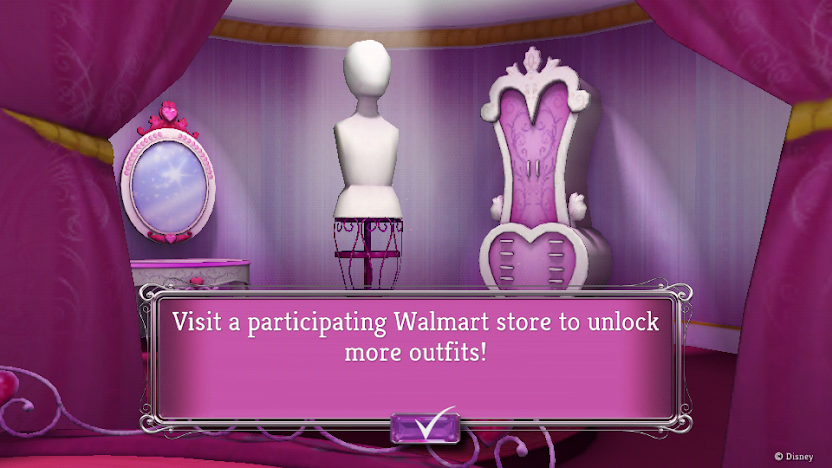 We also downloaded the Royal Ball App (which can be done from both Android and Apple app stores) before I went shopping.  You can choose your own look to attend the ball, create your own carriage and lots more!  When you open the app in participating stores you can also scan the Disney Princess logo, certain Cinderella images, the Fairy Godmother, and the Cinderella Diamond Edition Blu-Ray/DVD combo and you’ll unlock extra content for your little princess.  Very fun! 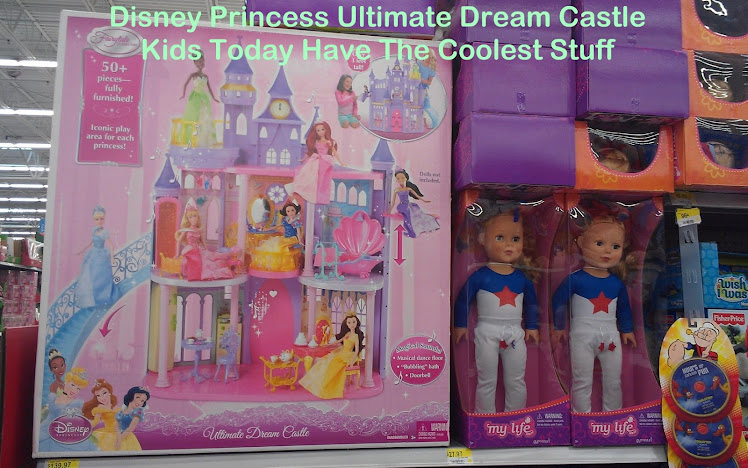 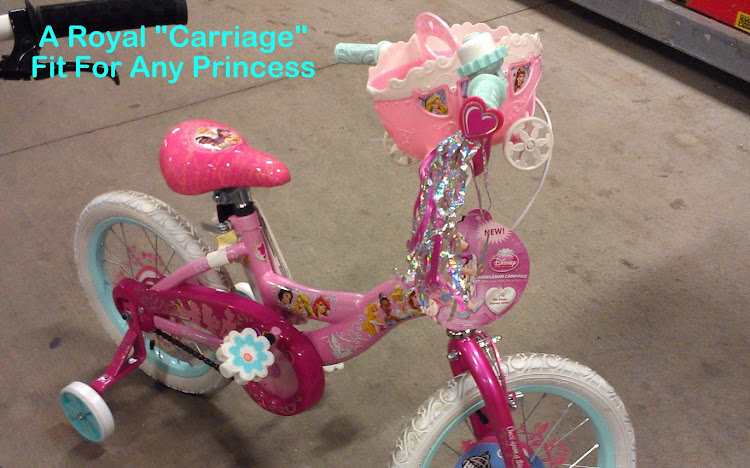 Once at the store there were so many other Disney Princess items from which to choose.  There was an entire wall of Cinderella dolls, two different carriages, Disney Princess bikes and 6 volt ride-on toys.  There was also a huge Ultimate Dream Castle that I would have loved to buy for Bubbles but she’s still a bit young for it.  Definitely next year, though, if she’s still “into” princesses.  They had a 12″ version of the bike that I considered for a few minutes, but decided that might be better this spring for her birthday.  And the quad ride-on toy was also tempting but she wouldn’t really get to use it for awhile and what fun is a toy that you have to put up until nicer weather? 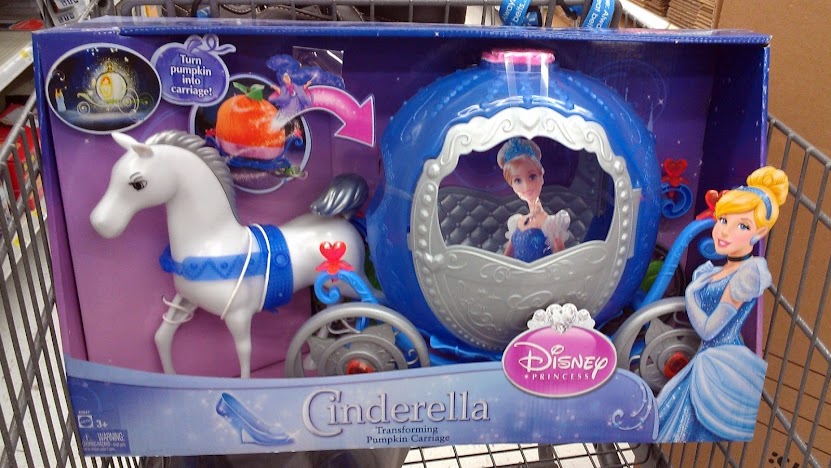 I decided to go with Cinderella’s Transforming Pumpkin Carriage.  It changes from a pumpkin into the carriage with the quick pull of a string!  I see a lot of string-pulling in our future.  You can see all the great items I found in my Google+ album.

Now that I have my princess gear the next step is wrapping.  I picked up a bunch of wrapping supplies so that I could make the presentation as magical as possible.  Plus, oddly-shaped packages like these take some thought and creativity!  If you’d like to see what I came up with, check back next week for my unveil (that’s a hint, by the way!).

What Disney Princess item would most excite your little princess?

I am a member of the Collective Bias® Social Fabric® Community. This shop has been compensated as part of a social shopper insights study for Collective Bias™ and Disney Consumer Products, Inc #CBias #SocialFabric All opinions, as always, 100% that of myself and my family.

11 Responses to “Creating Disney Princess Magic For The Holidays #DisneyPrincessWMT”