Are you looking for summer kids’ clothes?

Summer started early here this year; we were feeling the heat way back in May.  Which means we’ve been wearing our flip flops, sundresses, shorts and tank tops for months now.  As an adult, you can just keep tossing things in the laundry and wear them no matter how long summer lasts, but when you’re a toddler that is growing like a weed you’re going to run out of clothes before you run out of heat.

That was the situation we’ve recently run into; Bubbles summer clothes were starting to get a little small.  If we only had a couple of weeks left before cooler fall temps, she probably could make it with what she has.  But since it’s not quite August yet and we’re likely to still see 90s and maybe even triple digits through September, we needed to round out her summer wardrobe with a few extra pieces. 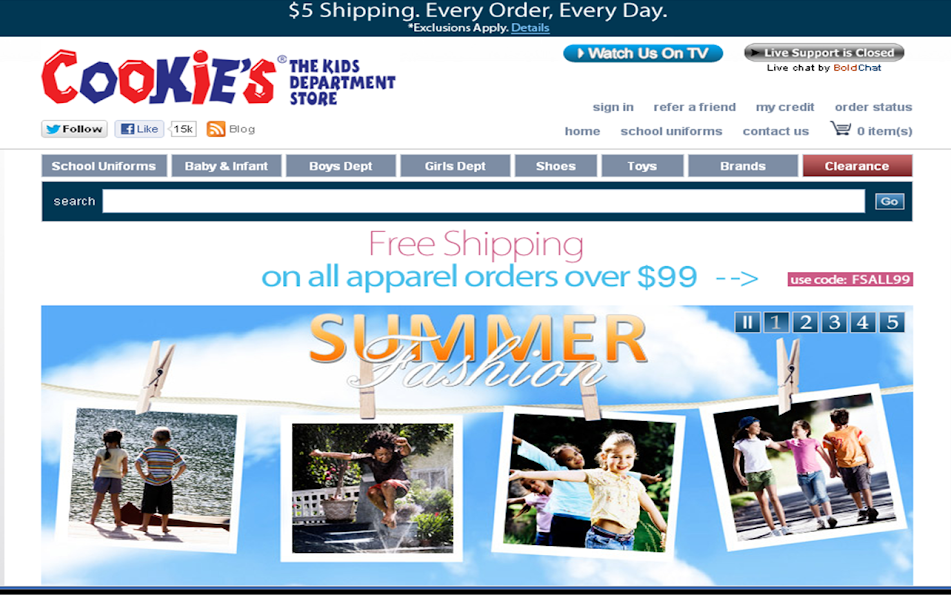 I recently had heard of CookiesKids.com and after checking them out I was really impressed.  They have a great variety of name-brand clothing at really awesome prices.  But what exactly is Cookies Kids?

In 1972, a young man named Cookie and his brother Marvin went into business together. They rented a 1600 square foot store in Jamaica, Queens, fixed it up, bought inventory and Summer and Fall, and opened a day after Thanksgiving with a full stock of holiday toys. The toys were a success and they put the extra money toward buying children’s clothing for the next season. When that did well, they bought more clothing. The business was on it’s way.

As the brothers Cookie, Marvin and Sonny, who had come in as a third partner in the business, began to open new stores in new locations, inventory expanded. Besides the latest fashions, our customers wanted shoes, toys, backpacks and accessories and we were prepared to deliver.

By the late 1990’s there were six superstores throughout the NYC area, and though they previously had different names, by that time they were all named Cookie’s Kids. Also in the late ’90s came an important addition to Cookie’s Kids’ inventory: school uniforms. It was the steady success in uniform sales that paved the way for founding CookiesKids.com in 2007, which originally sold uniforms and soon after the entire Cookie’s Kids Inventory. 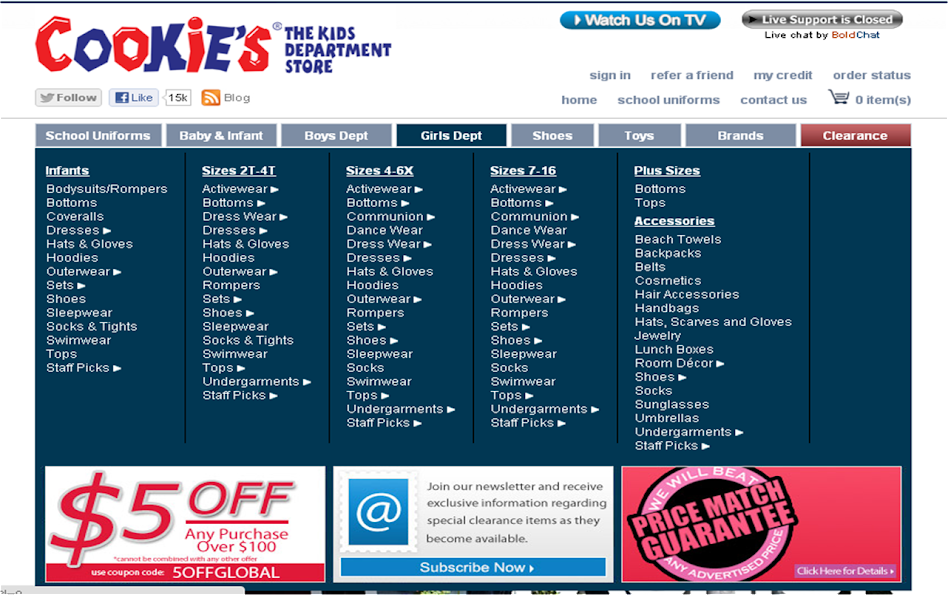 I knew that I wanted to get Bubbles at least a couple of sundresses or casual dresses, plus a few sets of shorts and tops.  I also hoped to find a pair of summery pajamas.  Keeping those things in mind, I first shopped through the girls’ department.  The Cookies Kids site is extremely easy to navigate and they provide a number of filter options to help you find exactly what you need.  Then I had to peek in the clearance section.  I couldn’t miss out on prices up to 90% off!

One of my favorite finds was a double set of Scooby Doo pajamas.  It came with two short-sleeved tops and two sets of coordinating shorts, and the price was, wait for it – $5.99!  Seriously, I don’t know where you can get two complete sets of character PJs for under $6.  Bubbles isn’t familiar with Scooby Doo but she does love dogs, so I knew these would be a hit with her.  I created the above Polyvore set to show you some of our other favorites (both items we ordered and choices for next time).  You can also see my entire shopping trip in my Google+ album here. 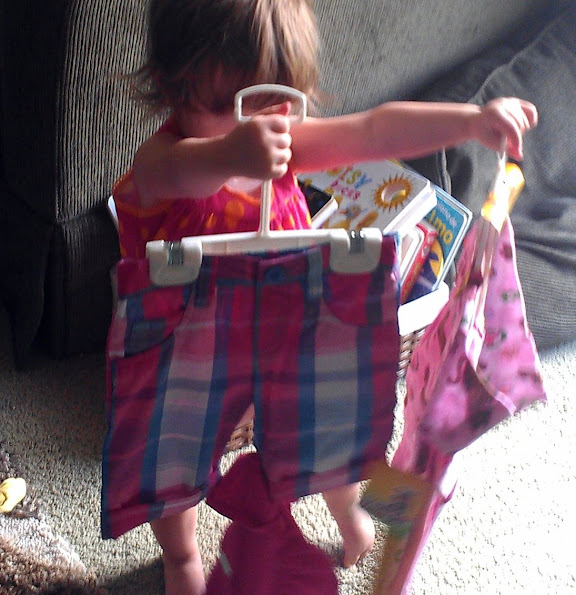 A little blurry as she was whipping the clothes out so fast! 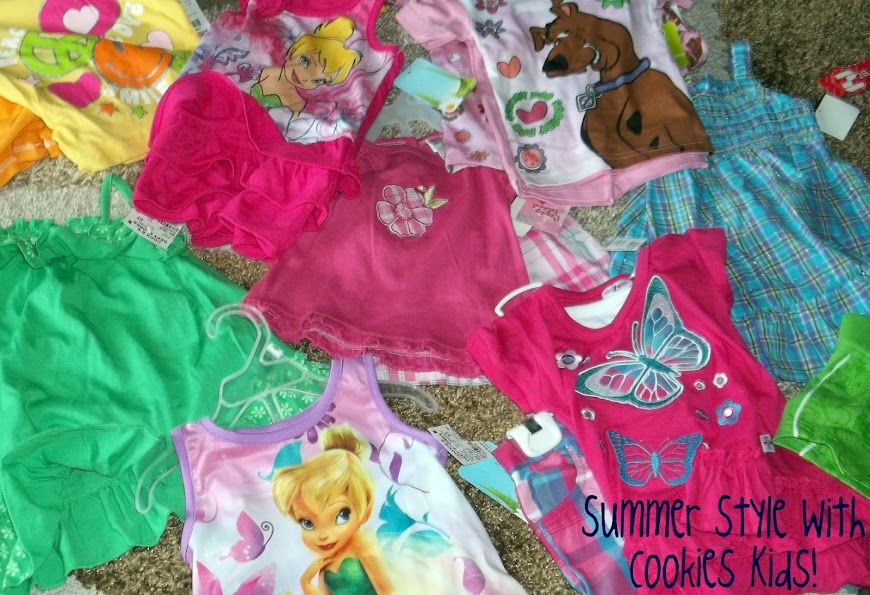 Bubbles was asleep when the box was delivered; she loves opening packages so I waited until nap time was over to open it.  I’m glad I did; Bubbles was so excited!  She quickly started pulling each piece of clothing out of the box, pausing to hold each one up to show me before grabbing the next one.  I did manage to get her to let me have the clothes long enough to take one group picture, and then she wanted them all back.

While I had been doing the actual online shopping, hubby peeked over my shoulder to see what I was doing.  When I explained about the great sale prices on the Cookies Kids website, he questioned if it was “one of those sites with low prices but then charge you $25 for shipping?”  No!  They actually have $5 flat-rate shipping which is another huge selling point for me.  Now that it was all here he wanted to know the grand total.  He was a little shocked – and a lot pleased – to find out that I had scored all these clothes, 16 total pieces, for just over $40.

And because I always love to make a great deal even better, I’ll actually be getting a $9.99 rebate!  At the time of my order placement, all orders over $30 were being offered a free magazine subscription.  If you chose to decline it, you can print off the rebate form and send it with a copy of your receipt and they’ll mail you the rebate.  Even without the rebate, the deal was awesome, but with the rebate it was that much sweeter. 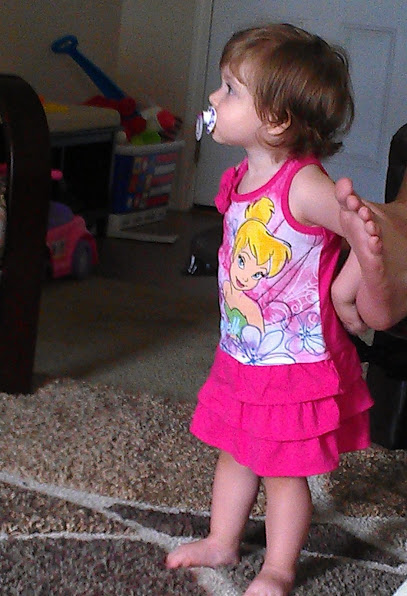 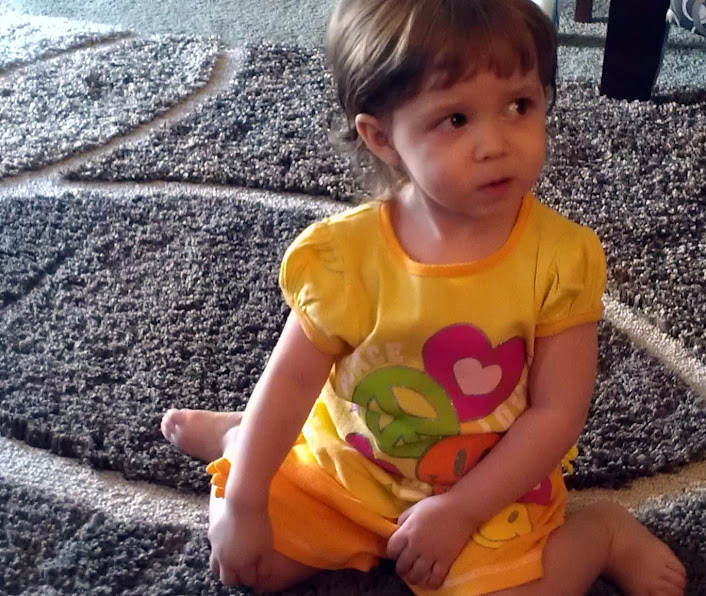 “Daddy, will she ever stop taking pictures?” 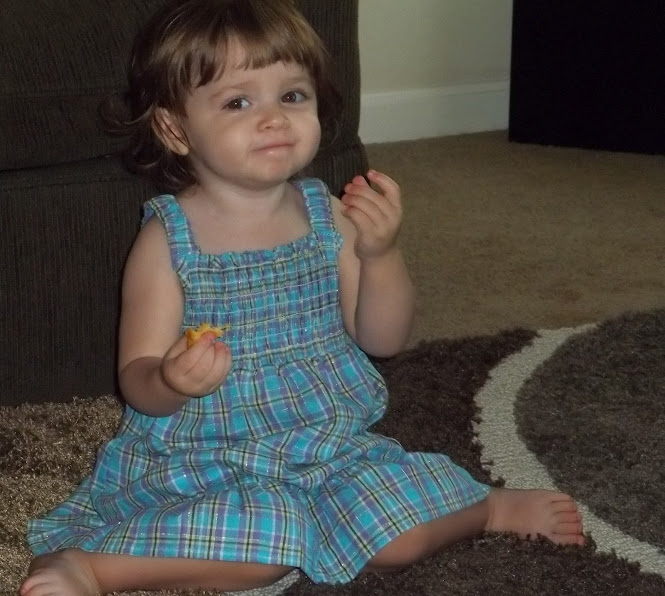 “This dress from Cookies Kids makes me look so angelic. Mwhahaha!”

The next few days ended up being a bit of a fashion show as Bubbles showed off her new styles.  She loves getting dressed, picking out shoes, and accessorizing, so this was a very fun week for her.  We were also really pleased with what came.  The quality seems good, and even though a few of the items are a bit big, I knew they would be when I chose to order those sizes, so I would say the items are pretty true to size.  We will definitely be ordering from #CookiesKids again in the near future!

I am a member of the Collective Bias™ Social Fabric® Community.  This shop has been compensated as part of a social shopper insights study for Collective Bias™ andCookiesKids.com #CBias #SocialFabric  All opinions, as always, are 100% that of myself and my family.