Quite a few months ago, we noticed a small bridge being built a bit off the side of the road not that far from our house.  It was the subject of much speculation between my husband and I until we found out that the bridge was part of the entrance to Broad Run Park. 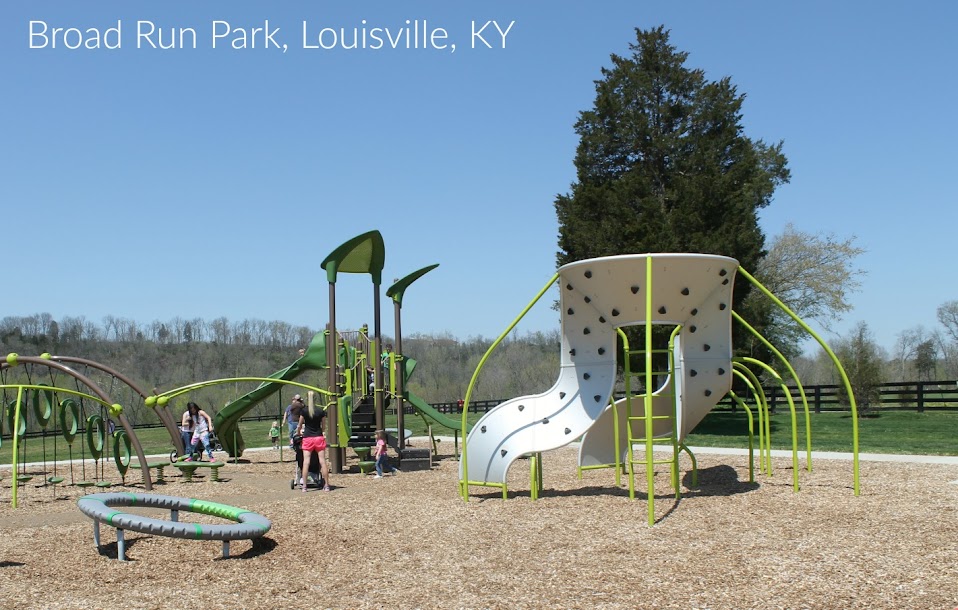 Broad Run Park is the newest addition to The Parklands of Floyds Fork, a huge park system that started in 2011 and is scheduled to be finished this summer.  The master plan for The Parklands includes 100 miles of new hiking and biking trails, 19 miles of canoe trail, playgrounds, walking paths, and bark parks, plus areas for picnics, fishing holes, and more.

We are very excited that the entrance to the Broad Run Park addition is just a short drive from our home.  The grand opening was set for April 15th, and we made plans to be there the morning it opened. 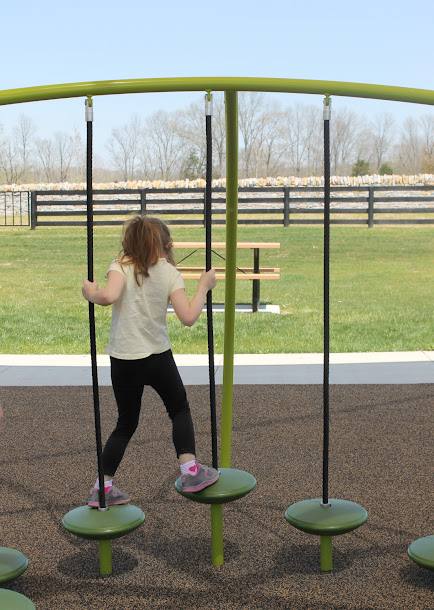 After killing a couple hours running errands and driving around due to an unfortunately-positioned fender bender that was placed directly across the park’s entrance road, we were finally able to enter the park.   It was absolutely worth the wait because Broad Run Park is beautiful. 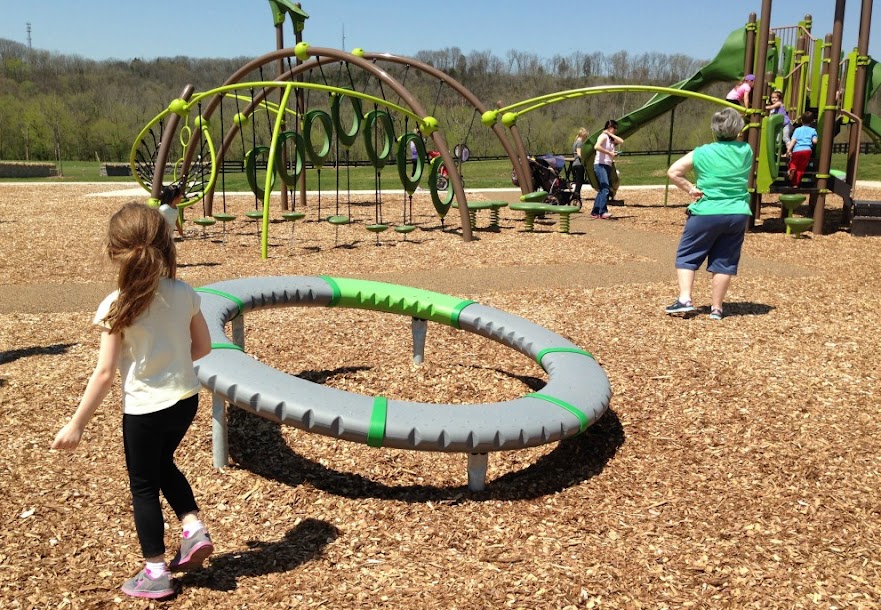 On opening day we decided to focus on areas Bubbles would most enjoy which included the playground and splash pad.  The splash pad isn’t due to be open for a couple more weeks when the weather will be warmer, but everything in the playground was open.

The first thing I noticed was that most of the park was covered in that bouncy foam turf stuff (I don’t know exactly what it’s called, so that’s my entirely non-scientific name for it).  That didn’t exist at all when I was a kid, but it’s great to know a trip or fall won’t tear up your knees or elbows. 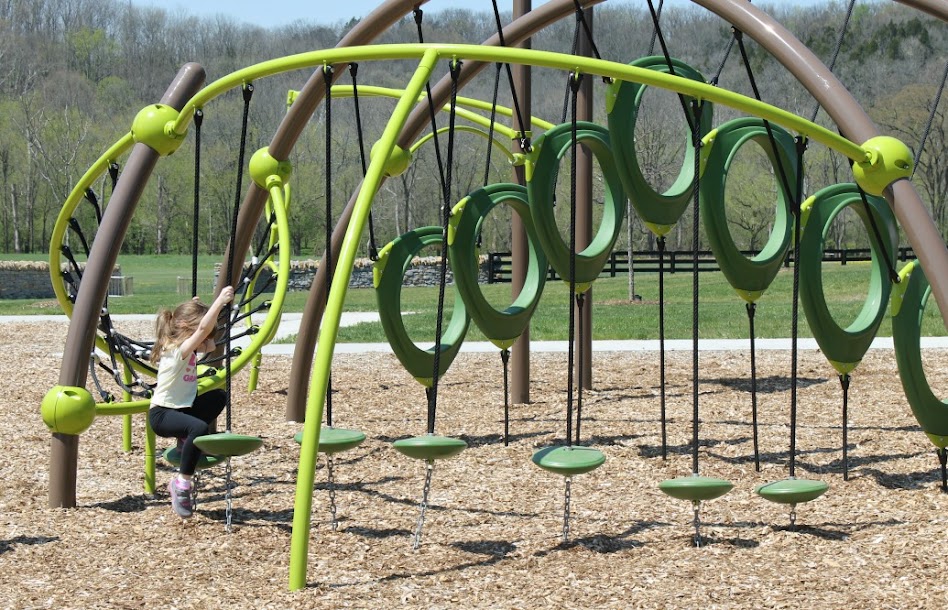 The playground equipment is grouped by age.  The areas are similar in what they contain – a slide, rope bridges, tunnels and things to climb (including a rock wall that twists upside down!) – with the main difference being in the difficulty level of use.  And then there are more general areas like the swing sets and one large climbing structure. 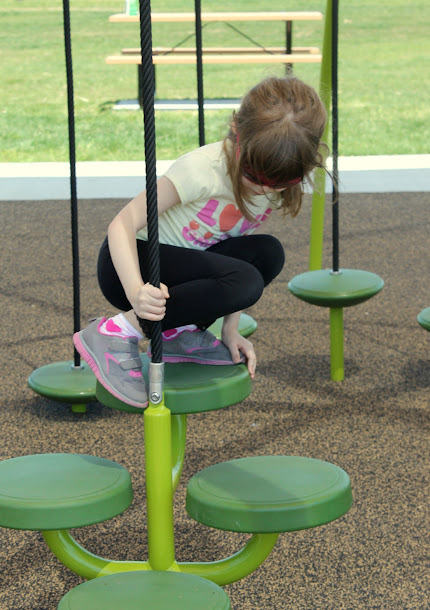 Bubbles had such an amazing time at the playground and quickly made friends with the other kids.  I can see us spending many days this spring and summer enjoying everything Broad Run Park and The Parklands has to offer, before school starts in the fall.

When will you visit Broad Run Park?