Trying out new restaurants was one of my husband and I’s favorite things to do when we were living in Florida.  There were so many so close to us that we tried to get to one new place every other week or so.

There are a lot of great ones to try here in Louisville, too; Louisville is quickly becoming known as a real foodie town.  But between having a baby and moving to the edges of the city we haven’t had a chance to try as many new ones as we’d like.

Recently, though, we were invited to visit the Mellow Mushroom location on Blankenbaker Parkway in Middletown, KY.  Ashley had been there once before a few years ago and told us she really liked it, and as I rarely (ever? never?) say no to pizza, I thought it would be fun to check it out.  And they have a kids menu which led me to believe it would be a family-friendly place that even Bubbles could enjoy. 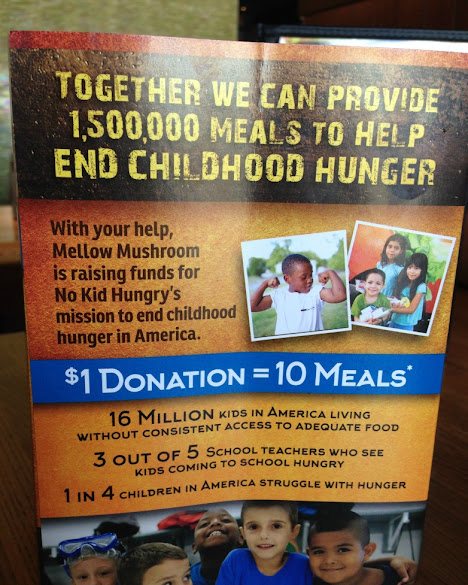 Our server was super-sweet.  She asked if we had been in before or not, and when we said we hadn’t, she pointed out some of the popular pizzas on the menu.  After that she shared some information with us on the partnership Mellow Mushroom has with No Kid Hungry.  Their goal is to raise $150,000 in order to provide 1,500,000 meals to some of the 16 million kids in America living without consistent access to adequate food. 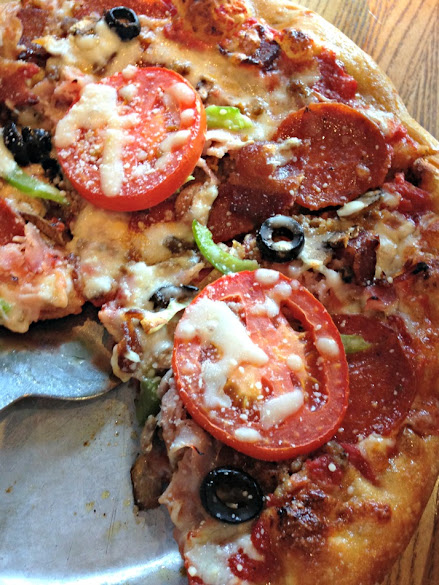 After placing our order – the House Special pizza for hubs, Funky Q Chicken pizza for me, and the kids All Natural Mac & Cheese (served with steamed broccoli or sliced organic apples and a drink) – we chatted for a bit with the owner.  We found out that each individual location was encouraged to make it completely unique, and there were plenty of decor items I knew we wouldn’t see anywhere else.  Definitely a fun environment! 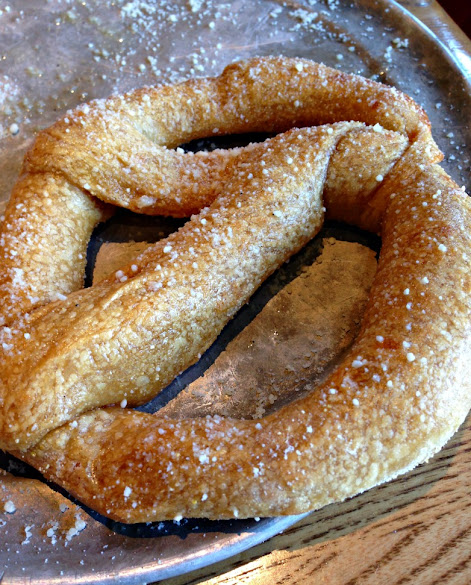 Our server came back and asked if it would be okay if she brought us their fresh pretzels appetizer because it was such a fan favorite and she thought we’d love it.  We said sure and a few minutes later they were placed in front of us.  They tasted like a cross between a pretzel and a breadstick, and the beer cheese dipping sauce they were served with was delish.

Both of our pizzas were really great, too.  I can’t exactly quote hubs on his take on the pizza, but let’s just say he thought it was amazing.  We each ordered a small pizza and both of us were stuffed after two slices.  Bubbles was literally licking her spoon clean and scrapping up the sauce from the dish, and has asked twice now when we’re going back, so safe to say it’s family-approved! 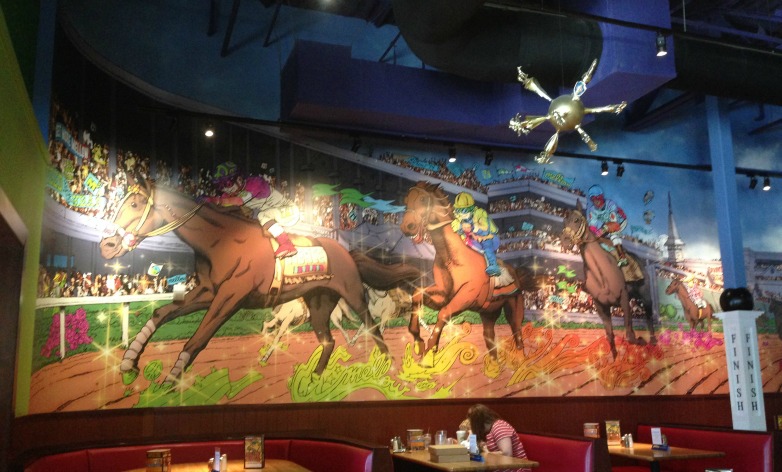 Be sure to stop in and help Mellow Mushroom reach their go of No Kid Hungry, and enjoy some really good pizza while you’re at it.  I can honestly say Mellow Mushroom is going on our restaurant rotation list, and we’ll be taking any out-of-town friends and family there when they come to visit.

Have you visited Mellow Mushroom before? What’s your favorite menu item?