Have you had the chance to catch Marvel’s Guardians of the Galaxy yet?  If not, definitely put it on your to-do list. 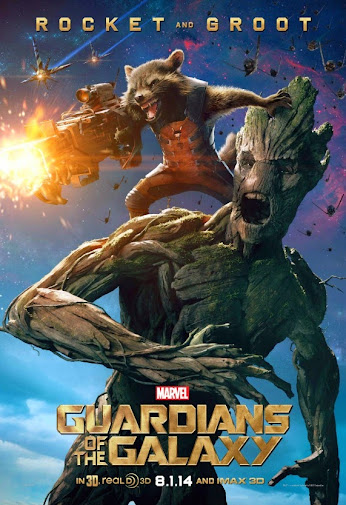 One of the characters people love from Guardians of the Galaxy is Groot, an extraterrestrial plant monster.  Check out the video clip below and get your Groot – I mean groove – on.

Marvel’s Guardians of the Galaxy finds space adventurer, Peter Quill, the object of a bounty hunt after stealing an orb coveted by a treacherous villain.  But when Quill discovers the power it holds, he must find a way to rally the quartet of ragtag rivals hot on his trail to save the universe.

Don’t forget to print out your free Guardians of the Galaxy activity sheets and coloring pages, too!

Who is your favorite character? Groot or someone else?

12 Responses to “Time to Get Your Groot On!”