The Muppets have always cracked me up.  I remember watching them with my Dad as a little kid, and the 3D show at Hollywood studios has always been one of my favorites.  Of course, Miss Piggy and Kermit are icons, but I also love Beaker, Animal, Sam the Eagle, and the Swedish Chef. 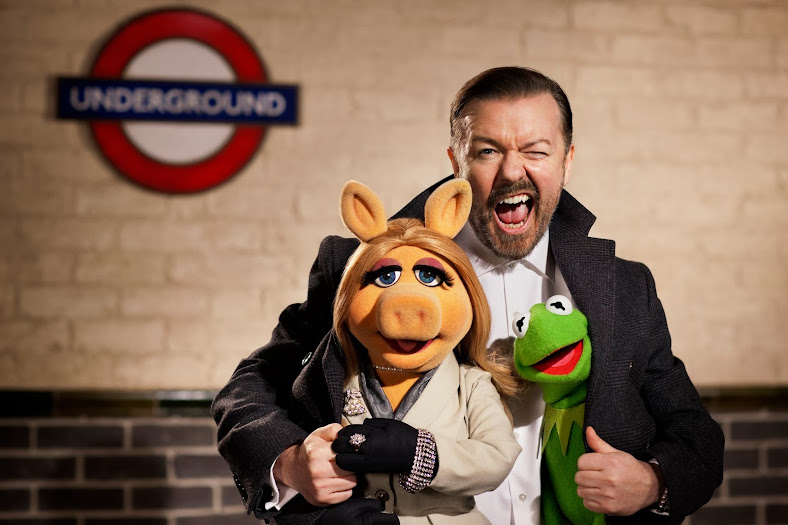 A bit ago I was invited to attend a screening for the new Disney Muppets Most Wanted.  Unfortunately, we weren’t able to attend but I’m definitely looking forward to seeing it once we have a chance to get to the theaters.  With hilarious stars like Ricky Gervais, Ty Burrell and Tina Fey, you really can’t miss.

While I may not have seen the movie yet, I have, thanks to our friends at Disney, listened to the Muppets Most Wanted soundtrack.  And let me tell you – there are some incredibly catchy songs on it!  Seriously, until you have heard the Muppets sing the Macarena, you don’t know what you’ve been missing.

Some of my other favorite songs from the soundtrack are “We’re Doing a Sequel” (with Tony Bennett and Lady Gaga), “Something So Right” (with Celine Dion), and “Working in the Coal Mine”.  There are lots of other songs you’ll find yourself humming or singing without even knowing it.  Listening to “Working in the Coal Mine” makes me shimmy my shoulders and go “Whoops!” right along with them.  The full track list includes:

While you’re listening to the soundtrack, have some more Muppets Most Wanted fun.  Here are 18 free printable activity sheets, including postcards, mazes, coloring sheets, memory cards, and more.  Lots of things to keep the kiddos busy for quite awhile!

What is your favorite song from the Muppets Most Wanted soundtrack?