I received a Keter MasterCart Rolling Tool Box in order to facilitate my review.  All thoughts and opinions are my own.

My love for all things organization ins’t confined to the interior of the house with pretty bins or closet storage systems.  I also love outdoor organization items, especially for the garage.  I’ll own up to my inner geek and admit that when they were still on TV, I would watch those garage makeover shows on the home improvement channels.  I always wished they would come to my house! 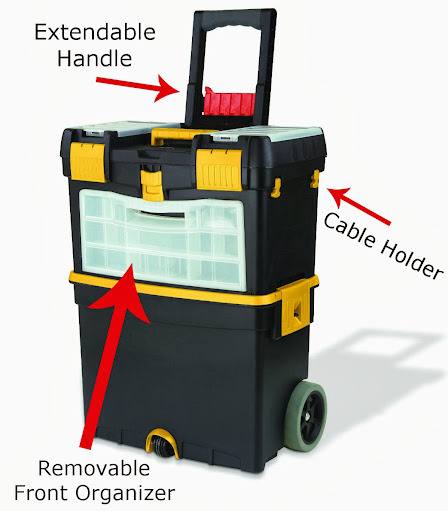 Fortunately, hubby is of the same mindset when it comes to keeping the garage organized.  One of the first things he did when we moved into this house was get the garage set up.  Racks and shelves, hooks on the walls – lots of ways to keep it tidy and keep things in place.

One area that we were a little lacking in, though, was tool storage.  So when I surprised him with the Keter MasterCart Rolling Tool Box, he was quite excited.  He immediately headed to the garage to check it all out and fill up all the different compartments. 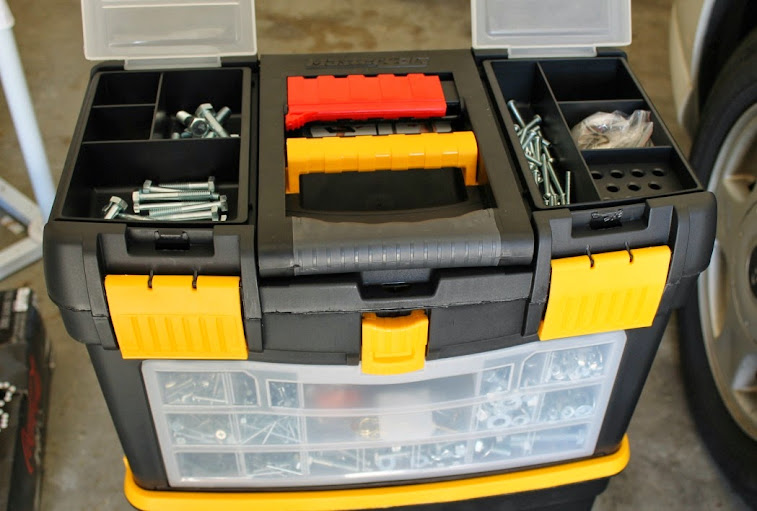 And there are lots of different storage compartments to fill.  First there are the organizers you can see from the outside.  The MasterCart has a removable front organizer tray with multiple compartments for screws, nails, washers – whatever you’d like.  And the top has built-in see-through organizers, great for storing those items you grab frequently.

Also on the outside are two separate areas designed to hold cables.  On the top side are two little hooks that flip out where you can wrap a smaller cord – maybe a bungee, or something similar.  And on the back is a larger cord wrap that can handle bigger cords or cables, like a nice-sized extension cord. 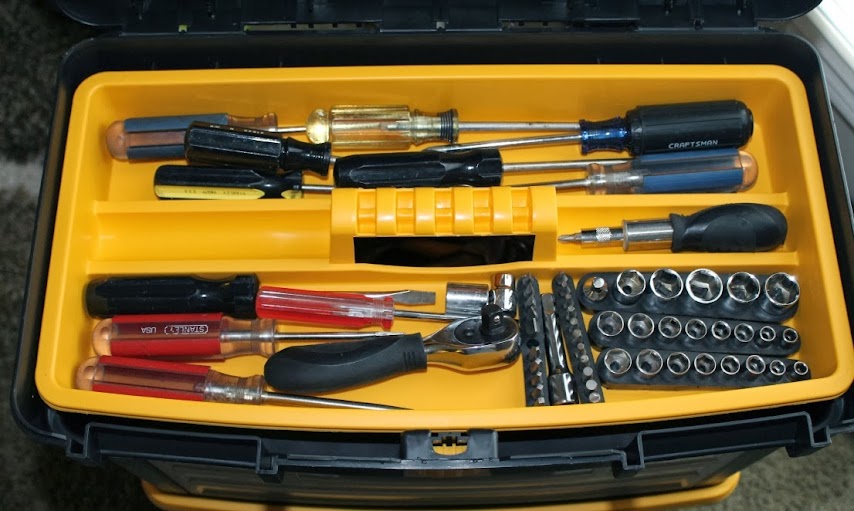 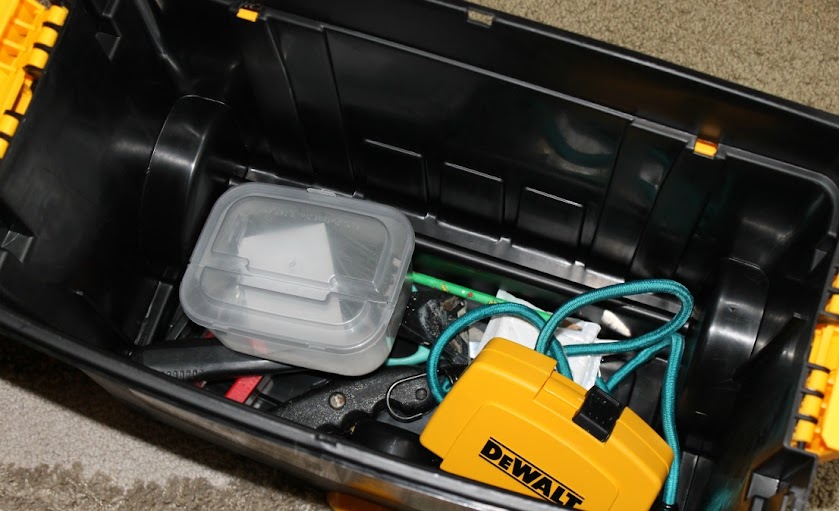 There’s plenty of tool storage on the inside, too.  The top box contains a tray that lifts out with storage space underneath.  They’re actually quite deep and roomy.  Then you can unsnap the top box and lift if off to reveal the bottom tray which sits over a second large tool storage compartment.  It holds so much that once my husband had loaded it up, he had space left over and decided he needed to go tool shopping.

You can purchase the Keter tool storage products from Amazon, Home Depot, and other merchants.

How would you use a rolling tool box?