I am a member of the Collective Bias #cbias Social Fabric Community.  This is a #FamilyMobileSaves sponsored post on adding a line to the Walmart Family Mobile unlimited plans. All words and opinions are my own.

A few weeks ago I shared with you that my family was on the lookout to find more affordable mobile unlimited plans.  That’s when I first introduced you to Walmart Family Mobile.  A bit after that I followed up to let you know how we liked the plan and whether or not we were saving money with the new service we had tested. 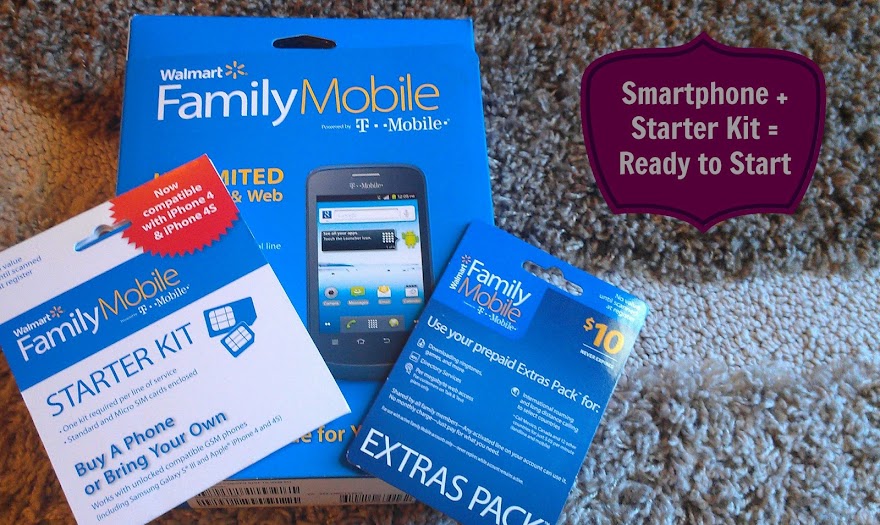 We have a few more months to go on our contract (Walmart Family Mobile has no contract – yay!) so unfortunately we can’t ditch them completely just yet.  But after seeing such a large savings paired with consistently good service we decided to keep the new line I activated for a pretty specific reason.  That reason is my Mom.

My Mom doesn’t have a cell phone.  Actually, if you asked her, she’d probably tell you she has no idea how to use one.  For some reason, she’s always down-played her ability to interact with technology.  But the cell phone thing I never really understood because my Mom loves to talk.  I mean, really loves to talk.  So it’s not like she wouldn’t enjoy having instant access to speaking to people.

It worries me, though, that she doesn’t have a phone in the car for potential emergencies.  Especially considering that they live in Northern Maine where it is not unheard of to receive more than a foot of snow per hour.  Drifts can get so large that long stretches of road become prime real estate for whiteouts.  Sliding off the road is quite common and if it happens in a spot without a lot of other traffic, you might sit there for awhile before someone spots you to help. 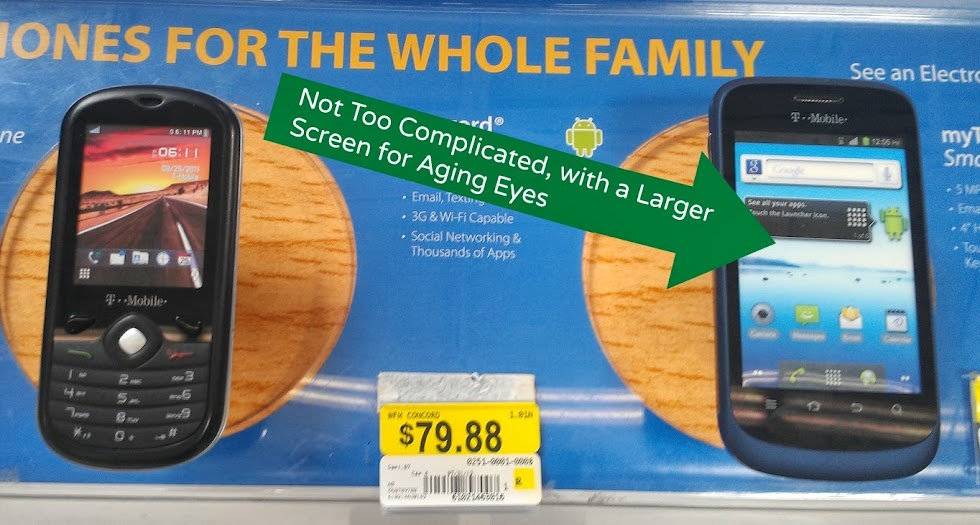 So we decided we would get a new phone for my Mom as a combination early birthday/Christmas gift.  Adding it as a second line to our Walmart Family Mobile plan just made sense.  She’d get unlimited texts (my brothers can teach her), unlimited data (which probably won’t get used, but hey), and unlimited calls (wait, why am I giving my Mom an unlimited way to call me?) and we’ll only pay an extra $35 per month.  It really is the best wireless deal that I’ve seen.

I had to pop into Walmart over the weekend to pick up two cards for birthdays celebrated this week.  One for my Gram, who celebrates her 85th, and the other for my youngest brother, who celebrates his 25th.  While there I looked at the phones available.  I ended up choosing the Concord for my Mom; it’s not too overwhelming while still having a touchscreen and bright display. 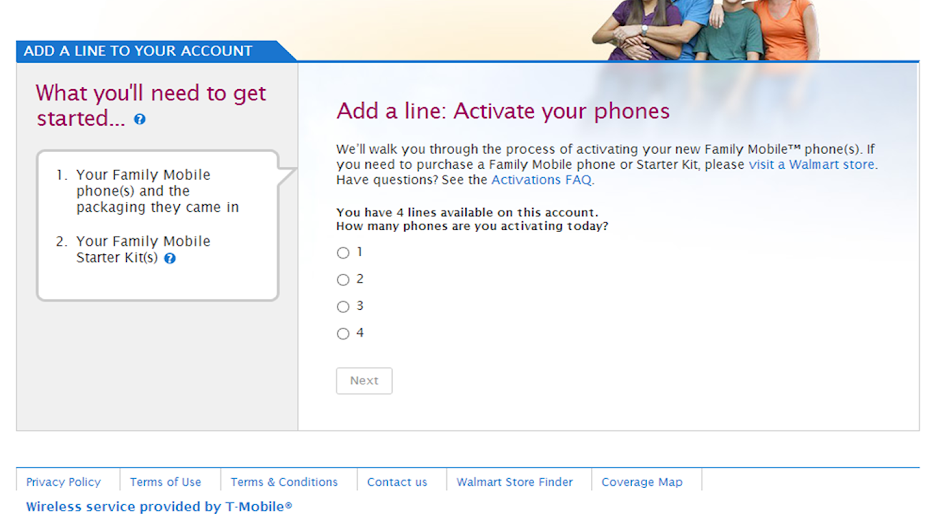 I activated it online once I returned home.  I just logged onto the online account management section and clicked “add a line”. From there I followed the prompts, much like I did with my first activation.  It took all of 90 seconds to input the serial number, SIM card number, and click activate.  My kind of shopping! 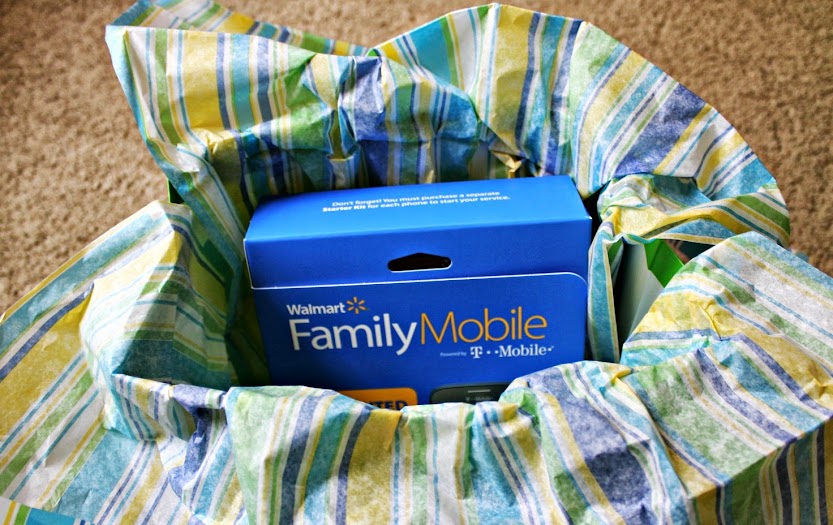 We decided that it might be fun to deliver the phone to her in person, since it’s been a few months since they were last here to see Bubbles.  The savings on our two phones by switching to Walmart Family Mobile will end up saving us over $700 a year, and putting that savings towards plane tickets to Maine just sounded like a good idea.  I wanted to wrap the phone to present to my Mom, but with airline security, they’d just end up having to unwrap it.  So I chose a gift bag, instead, which means I’ll pretty much have to hand it to her as we step off the plane.  My Mom can’t help her curiosity when it comes to a gift bag. 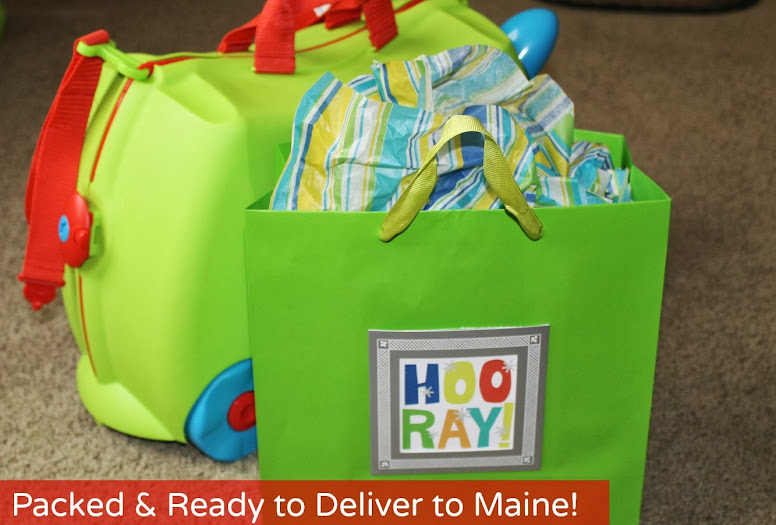 I’ll take some pictures and share her reaction when we get back.  In the meantime if you’re interested in potential mobile savings for yourself, go look at the unlimited plans available from Walmart Family Mobile.

Whom would you give a Walmart Family Mobile phone to?