So God Made a Farmer – and a Grandfather

Last night’s game started off rather boring.  The commercials weren’t really doing anything for me, either.  Then the Dodge Ram ad came on and there was silence – and a few tears – in the room.

My grandfather worked hard.  Farmers’ days don’t start when the sun comes up and they don’t end when it goes down.  He would be up and out to work many times by 4 a.m. (a schedule that my grandmother, who is in her 80s, still often keeps).  And that was after getting up in the middle of the night to go stoke the fires in the potato houses so the harvested crop wouldn’t freeze in the middle of sub-zero Northern Maine winters. 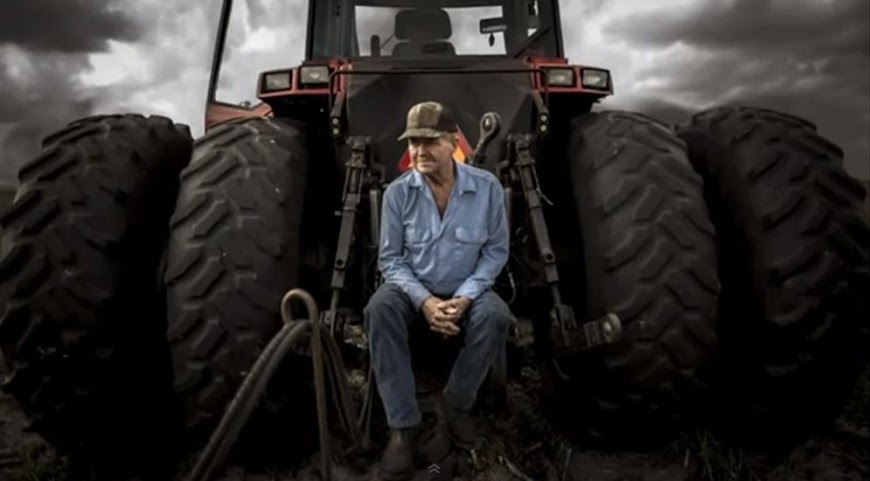 He believed that Sundays were for family and God.  It didn’t matter if there were storms on the horizon and that fields of grain still needed to be cut before the wind and rain flattened them.  Or that snow was being forecast for the first week of October and hundreds of acres of potatoes still need to be pulled from the ground.  Sundays were breakfast, church, often a big family dinner or celebration of some kind, and then a nap (one of the only times in a week you might be able to try and fill the deficit from the week before).

He taught me to enjoy a lot of simple things: fishing, tending the garden, a bowl of popcorn with real butter and salt, a cup of coffee.  For all the work that running a farm took, there was always time for these things.  I will forever associate a pair of gum rubber boots with an early Saturday morning spent next to a stream trying to pull out a couple of legal-size trout for our lunch.  It’s a very simple way to model a “modern” concept of work-life balance.

He taught me how to value things.  When you’re a small, rural American farmer you don’t just go buy something new if something old breaks.  You often didn’t even go buy something old to replace something old.  You coaxed a few more months of life out of what you had, or you made due without.  I saw a lot of welding, duct tape, patches, parts from this taken to fix that, and other mending.  Much of it had to do with the cost (money isn’t something most small farmers have much of) but part of it was the mentality of his generation that you didn’t throw something away just because you could.

He loved my grandmother.  The value concept that can be applied not only to “stuff” but also relationships.  My grandparents were married for over 60 years.  They lived in the same house – the one my grandmother still lives in today – their entire married life.  To me, that’s an accomplishment.  It certainly couldn’t have been easy with the stress of farming, raising two daughters, and health scares with my grandmother.  And I can hear their occasional friendly bickering in my head.  “Launa,” my grandfather would say. “Burton,” my grandmother would respond.  But they supported each other and made it work for over six decades, something I feel my generation could stand to think about a bit.

I believe farming is kind of a calling.  Having spent years helping my family in every season, with every crop, dirt caked under my nails, and in my ears and nose, I can certainly say it isn’t for everyone.  But the men and women who love it and spend their lives nurturing plants and animals alike definitely deserved the little nod that Dodge gave them through Paul Harvey’s words.

So when you sit down to eat tonight remember that the food on your plate is likely there because God made a farmer.  And give them a little nod.