I received a review copy of The Sweeter Side of Life and Meddling Mom in order to facilitate my review.  All thoughts and words are my own.

I share a lot of movies with you all, many of which are specifically for the kiddos or the whole family.  But sometimes moms need a little chick flick break, so today I thought I’d share a new double feature available from the Hallmark Channel.  The DVD includes Meddling Mom and The Sweeter Side of Life. 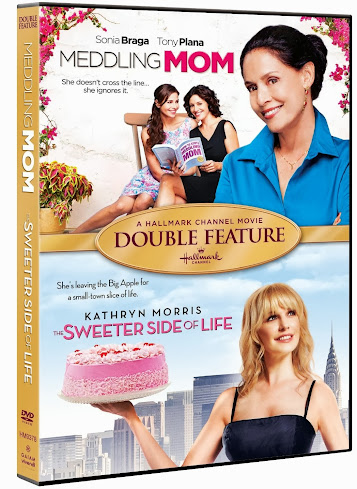 I had to start with The Sweeter Side of Life for two reasons.  One, it stars Kathryn Morris who played Detective Lilly Rush in Cold Case, which was one of my favorite shows in the mid-2000s.  And two, it’s about baking, which is one of my favorite things to do when I get a little free time.

After the first five minutes, though, I was afraid I wasn’t going to be able to make it through the movie and that I also was going to never be able to watch her in another film or show, ever.  Because the character she plays, Desiree Harper, is not so likable in the beginning.  Actually, her character is both annoying and snotty, the privileged wife of a toe doctor to the stars (seriously), living in a Manhattan high-rise and spending her days shopping for shoes. 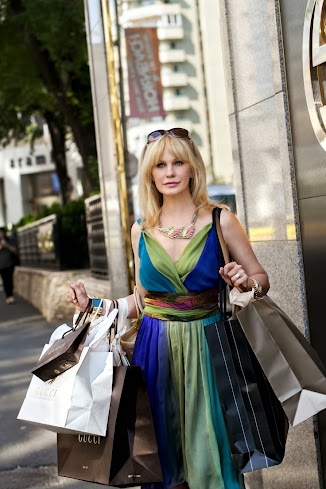 Fairly quickly, though, her picture-perfect life gets a a rude shake and she finds herself across the bridge in New Jersey, living with her father.  I felt she was lucky he took her in, as she had previously been so ashamed of her “low class roots” that she hadn’t even been over to see her father in five years.  Without any other source of income, she starts lending her Dad a hand in his bakery. 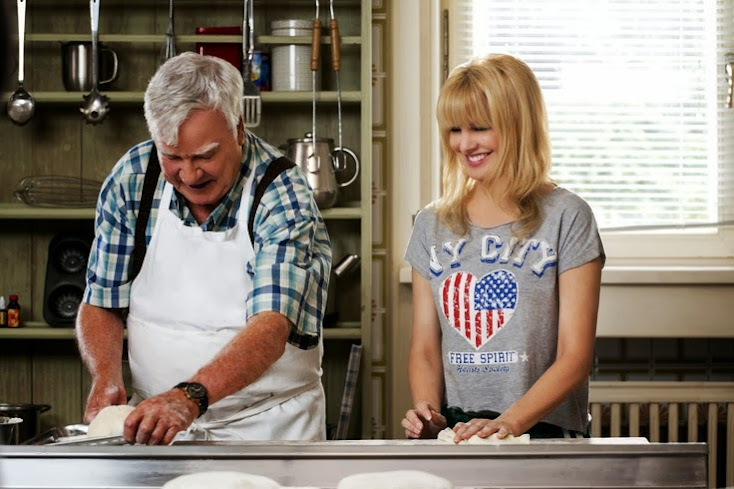 I won’t give away the ending, but Desiree finds herself in a number of comical and embarrassing situations that eventually lead her life in an unexpected direction.  As she lets herself relax and enjoy herself instead of worrying about not being able to buy the next couture dress, she becomes someone for whom you want to root.  Sometimes it takes an eye-opening experience to help you realize what’s really important in life and who you really are.  Those lessons are reinforced for her by a rotund baker that works alongside her father, a new shop employee, her lawyer, and the owner of a near-by restaurant.  Oh, and the older owner of the flower shop across the street, who is full of wisdom – and has a crush on Desiree’s father.

Meddling Mom delivers much what you’d expect from the title.  Carmen Vega has good intentions when it comes to her two daughters and “helping them with their lives, but as you might expect, it isn’t always appreciated.  She also doesn’t have much of a filter, making comments like “Oh, don’t worry honey, you’re next” to her eldest daughter Ally on the wedding day of her youngest daughter Yolanda.

It didn’t take long after the “I dos” were said for Carmen to start dropping none-too-subtle hints about wanting a grandchild.  And by none-too-subtle I mean sneaking how-to books on baby-making to her daughter and son-in-law.  She also can’t stay out of Ally’s love life, sometimes with unfortunate consequences – for both Ally and the guy she falls for.

Will Ally and her boyfriend, and Yolanda and her husband, be able to survive all of Carmen’s “help”?  You’ll have to watch yourself to find out.  All I can say is that I’m glad that my Mom wasn’t quite that hands on.

Which would you watch first: The Sweeter Side of Life or Meddling Mom?