What would you do if tomorrow you woke up and didn’t remember your spouse, didn’t even recall that you had one?

Last night hubby and I had a dinner and a movie date night.  I had been wanting to see The Vow, and though my husband thought it was going to be “kind of a chick flick”, he agreed to watch it with me.  It’s a fairly new release, so I was concerned that it might not be available many places.

A few friends had used Blockbuster Express – one of those movie kiosks – in the past so I went online to see if we had one near us, and if so, if The Vow was available.  The first thing I noticed when I logged onto the site was that The Vow was front and center on the rotating banner; there was a convenient “reserve online” button that I clicked and was able to set it for pickup at our closest kiosk. 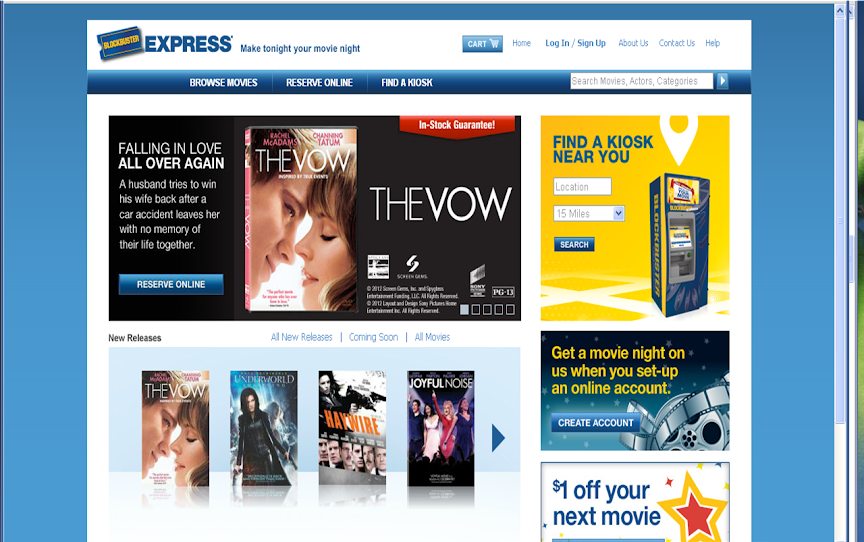 The other major thing I noticed?  See that “$1 off your next movie” button in the lower right corner?  When you visit the Blockbuster Express Facebook page and “like” them, you get an instant promo code for $1 off your rental.  (They also sometimes share codes on their Twitter page.)  That made our $2.12 movie just $1.06.  And because I was hoping to spend less than $25 total on our dinner and movie, that price sounded great to me! 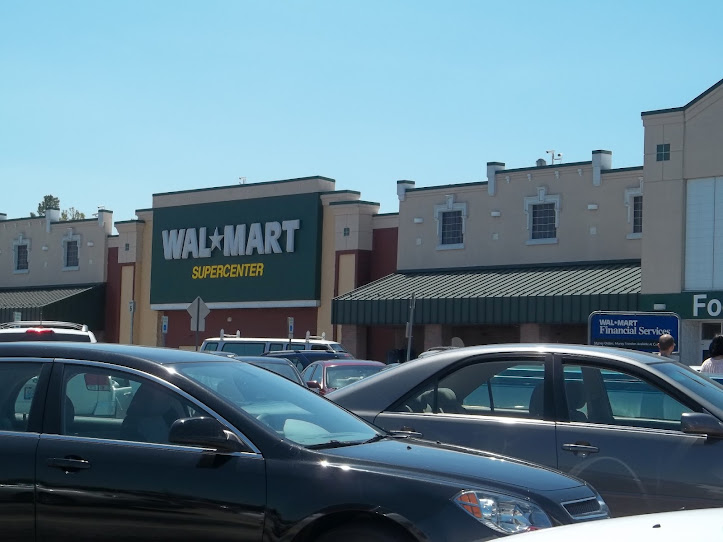 Next we headed to Walmart where Bubbles helped me shop for the items we’d need to make dinner as well as for movie snacks.  We went with burgers and fries for dinner, and movie-box candy plus Crunch ‘n Munch for our snacks.  Total for the trip?  $19.66.  Add that to our movie cost and we came in under my $25 budget.  You can see our entire shopping trip and rental process in my Google+ Story. 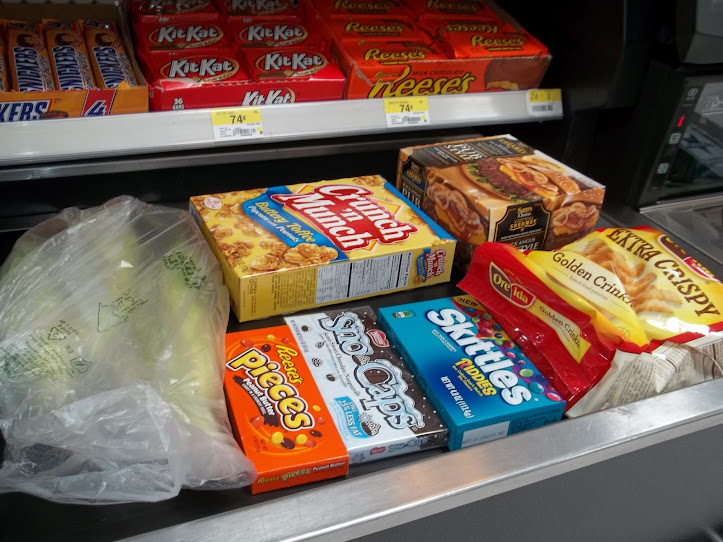 Later that night my husband grilled our burgers and I baked the fries; we ate dinner with Bubbles, and a couple of hours later we decided that we were ready to watch The Vow.  Bubbles was still up, but the movie is rated PG13, and other than the car accident in the opening scenes, there wasn’t any violence in the movie, nor was there any nudity.  There was a little bit of skin showing at one point in the movie, but nothing that you couldn’t show on daytime TV, and certainly nothing that would make you blush if you were watching it with your mother.

The Vow is about a couple, Paige (Rachel McAdams, love her!) and Leo Collins (Channing Tatum, swoon!), who are involved in an auto accident that causes them to both be rushed to the emergency room.  Leo has only minor injuries; Paige, however, has suffered brain trauma and cannot remember the last few years of her life, including her husband and their marriage.

Paige has a lot of shocks in store for her.  Before the accident she was a talented artist who had just moved into her own studio; she had Leo as her husband, whom she encouraged to follow his passion and open a recording studio; and she had been estranged from her parents (Sam Neill and Jessica Lange) for half a decade.  Upon awakening from the coma, however, the memories that are freshest to her include being engaged to Jeremy (Scott Speedman), being a law student, and still very close to her parents.

While her parents want her to come home – and she wants to go with them – the doctor encourages her to return to her regular routine, which would be to go home with Leo.  The next few months are challenging for Paige as she tries to remember why she married this stranger, and for Leo as he tries to help her while discovering the “new” Paige.  It doesn’t help that her ex-fiance and parents keep meddling in an effort to keep them apart, and eventually they have a huge fight at her sister’s wedding (where Leo gives Jeremy a well-deserved punch in the face) and Leo says sadly to his wife, “How do you look at the woman you love, and tell yourself that its time to walk away?”  (I got a little teary there).

I won’t spoil the end of the movie for you, but remember that this is life, and not everything always works out the way we want or expect it to.  In fact, through voice overs, Leo talks often about “moments of impact” and how they cause the potential for change, though you can’t control exactly how they’ll affect you.  There are many other surprises and secrets revealed.  I will tell you, though, that this movie is based on the real lives and relationship of Kim and Krickitt Carpenter who were in 1993 were in an accident 10 weeks after their honeymoon that caused Krickitt to lose her memory.  Today, they are still married and now have two children.

The Vow was a touching – and in some places, humorous – movie and even though the running time is 104 minutes, the movie flies right along.  In fact, I would have enjoyed a few extra minutes added here and there; you invest in the characters so much in the beginning, and then at one point the camera focuses on a spot outside and you watch the seasons pass.  Tell me more about what was happening during those months!

All in all, though, as #CouchCritics my husband and I would give it a Couch Rating of 4 out of 5 couches.  It made for some good after-movie discussion between my husband and I.  Would it be harder to be the one to forget, or to be the one forgotten?  What if the person’s memory never came back?  If you had fallen in love with someone once, could you fall in love with a different version of them a second time?  So many things to think about!

What do you think that YOU would do in a situation like that?  And which would you rather be – the one to forget, or the one who has been forgotten?

This shop has been compensated as part of a social shopper insights study for Collective Bias. #CBias  All opinions, as always, are 100% that of my family and myself.

6 Responses to ““The Vow” Makes A Great Date-Night Movie”