I don’t recall ever being served a tuna noodle casserole as a kid.  That doesn’t mean it didn’t happen, just that it never was memorable enough to mark itself in my memory.  My Mom did sometimes serve something that was affectionately nicknamed Tuna Pea Wiggle, but it wasn’t a casserole. 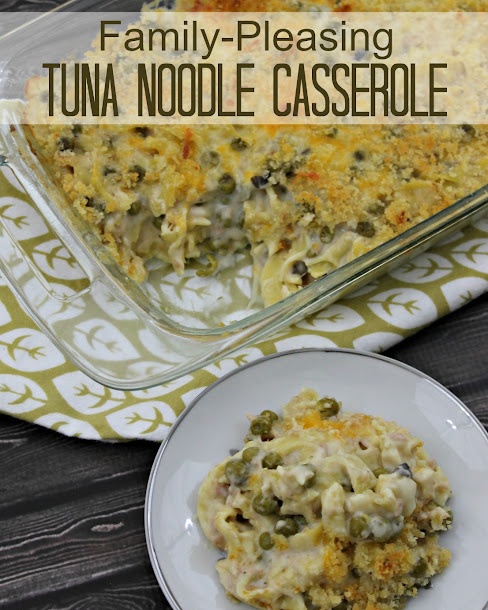 A few months ago I started to actually crave tuna noodle casserole.  I have no idea why, but the desire didn’t go away, and so I did what anyone does when they’re looking for a recipe or project idea: I visited Pinterest.
There I found a recipe pin that sounded like a good place to start.  I knew I would need to change up a few things for my family’s tastes.  And since nearly everything is better with a little panko, I subbed some in for the breadcrumbs originally called for. 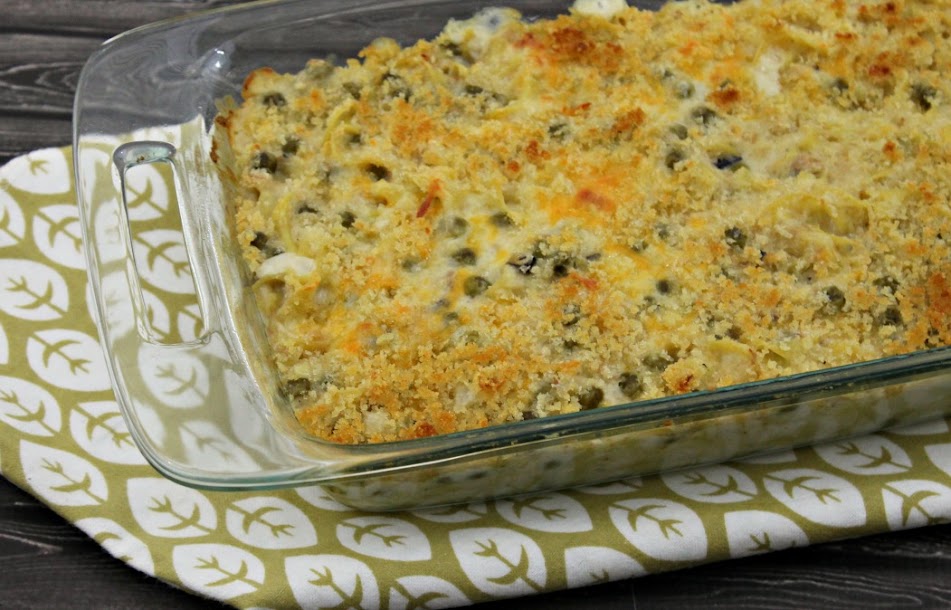 Tuna noodle casserole might not be a dish you think your family will cheer for (in fact, you may be used to their groaning when it’s served).  And I won’t lie – when I told my husband tuna noodle casserole was on the menu for dinner that night, the face he made wasn’t positive.  But after cautiously tasting it, sure he would hate it, he actually loved it.  We all did!

16 Responses to “A Tuna Noodle Casserole the Whole Family Will Actually Love!”