I’ve been excited to see Jurassic World since I first heard it was being made.  I still remember watching the first Jurassic Park movie when it came out and being entirely in awe when those first dinosaurs came into view as they rolled up in the little Jeeps.

Of course after my Chris Pratt interview awhile back, I was looking forward to seeing him in another role.  I had really wanted to see it in theaters but I was afraid that even though she wanted to see it, it may be too overwhelming and scary for Bubbles.  And with Ashley in Indy teaching and Austin away doing his Army training, our babysitting options are a bit limited at the moment. 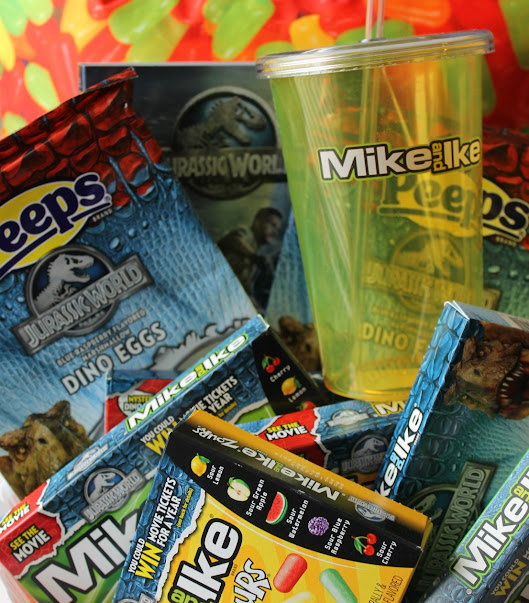 Jurassic World was as good as, if not better than, the original Jurassic Park movie.  The special effects combined with that classic theme music gave me that same “swell” that I felt in my chest after watching Jurassic Park.

“Really, you just made a new dinosaur?”

The casting was really nicely done, too.  Chris Pratt plays Owen, a dinosaur expert and all-around smart, sweet and sexy guy with a great sense of humor.  He spends much of the movie trying to rescue the Jurassic World guests, including the two young nephews of Claire (Bryce Dallas Howard) his love interest, from a dinosaur that has been genetically created from a mishmash of dino DNA and is now on the loose.

“We have an asset out of containment!”

The Indominus rex has been made from all the scariest dinosaur traits you can think of, has the ability to camouflage itself as well as cloak itself from heat sensors, and the hunting prowess of raptors.

“Watch your six! Raptors got a new alpha!”

Owen has actually trained a pack of raptors to recognize him as their Alpha – until they bump into the I. rex.  The scene where they start to communicate, and then turn on Owen and the strategic military team brought in to take out the I. rex is both exciting and scary.

Owen keeps his cool so well, that you can’t help but want to be on his team.  At one point Gray, one of Clarie’s nephews comments “Can I stay with you?”.  Claire starts to respond that she’ll never leave him again, when he and his brother Zach shout, “No, no.  Him!  We mean him!” and point at Owen.

Jurassic World is a movie I’d highly recommend to pretty much anyone.  The intensity is a bit much for very young kids, but everyone else will love it.  Austin gets to leave the base and come home for a week around Christmas, and I can’t wait for us to watch it again with him.  We even saved him some of the yummy Mike & Ike treats because I know he’ll love them!

Have you seen Jurassic World? What was your favorite part?