It may only be July, but that doesn’t mean I’m not thinking about and planning for Christmas already.  I’ve done a little shopping, purchased some ornaments today at the Hallmark Ornament Premiere, and I’ve been thinking about holiday decor.  Which, of course, means flipping through magazines and catalogs, plus whiling away nap times pinning things to my Pinterest. 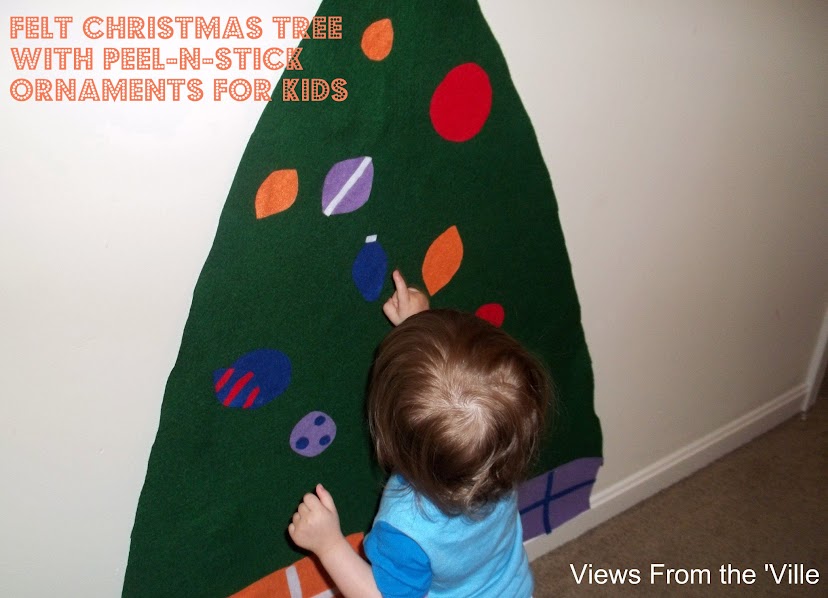 Pinterest is where I first saw this supremely cute felt Christmas tree by Johnny In A Dress that the author made to entertain her toddler in hopes of keeping her away from the real tree.  With as much as Bubbles enjoys stickers, I thought that she might really be interested in this, so I decided to make my own version of a Felt Christmas Tree With Peel & Stick Ornaments For Kids.  The needed supplies are fairly minimal: felt and a loaded hot glue gun.  Really, that’s it.

Based on the original suggestions, I purchased a full yard of the green felt for the tree, but I only used a bit over a half-yard.  So you could either purchase 3/4 of a yard and have just a bit extra, or you could make your tree a tiny bit smaller and only need half a yard.  Once I had the felt laid out, I measured about 36″ across the short side of the felt for the base of the tree.  I found the center, and then measured up about 45″ or so.  My measurements were very rough; you’re just trying to create the basic shape of a Christmas tree, so you could even eyeball it.

Next, using hot glue, I attached a square of brown felt to the back of the tree to represent the trunk.  Then I created the presents: cut out rectangles and squares in various sizes and hot glue strips of felt to them to make the wrappings.  You could cut bow and ribbon shapes from the felt to fancy up your packages, if you want, but I didn’t feel it was necessary, especially as I was just trying the idea out.  Then I attached the packages to the base of the tree using hot glue (I would run a line of glue across all the edges that will touch other pieces of felt; otherwise your presents will gap and your kids might try and tear them off).

Last came the ornaments.  I just cut circles and other ornament shapes out of scraps of felt.  I added dots and stripes to a few of them (I plan to make additional ornaments later and will likely add a few more embellishments).  I also made a few Christmas light bulb shapes and added a strip of felt at the end to represent the little screw-in base. 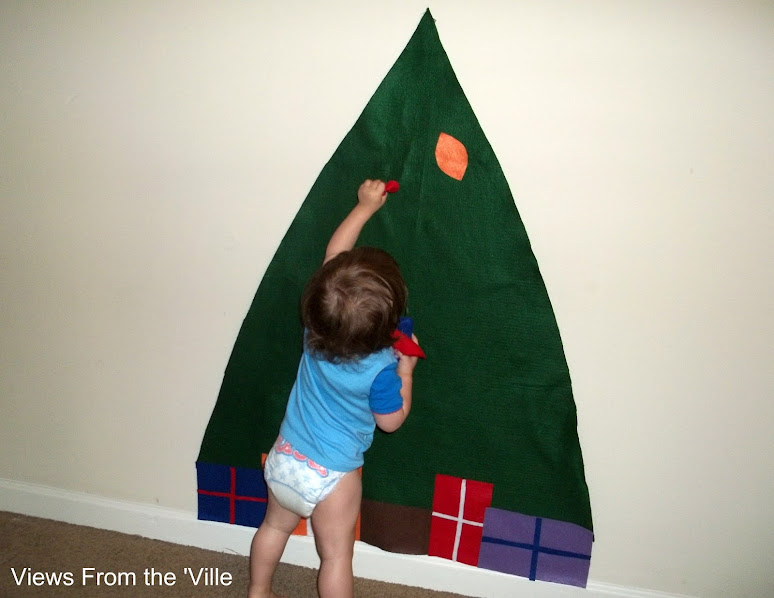 “Hanging” the ornaments (see the fistful she has in her hand?) 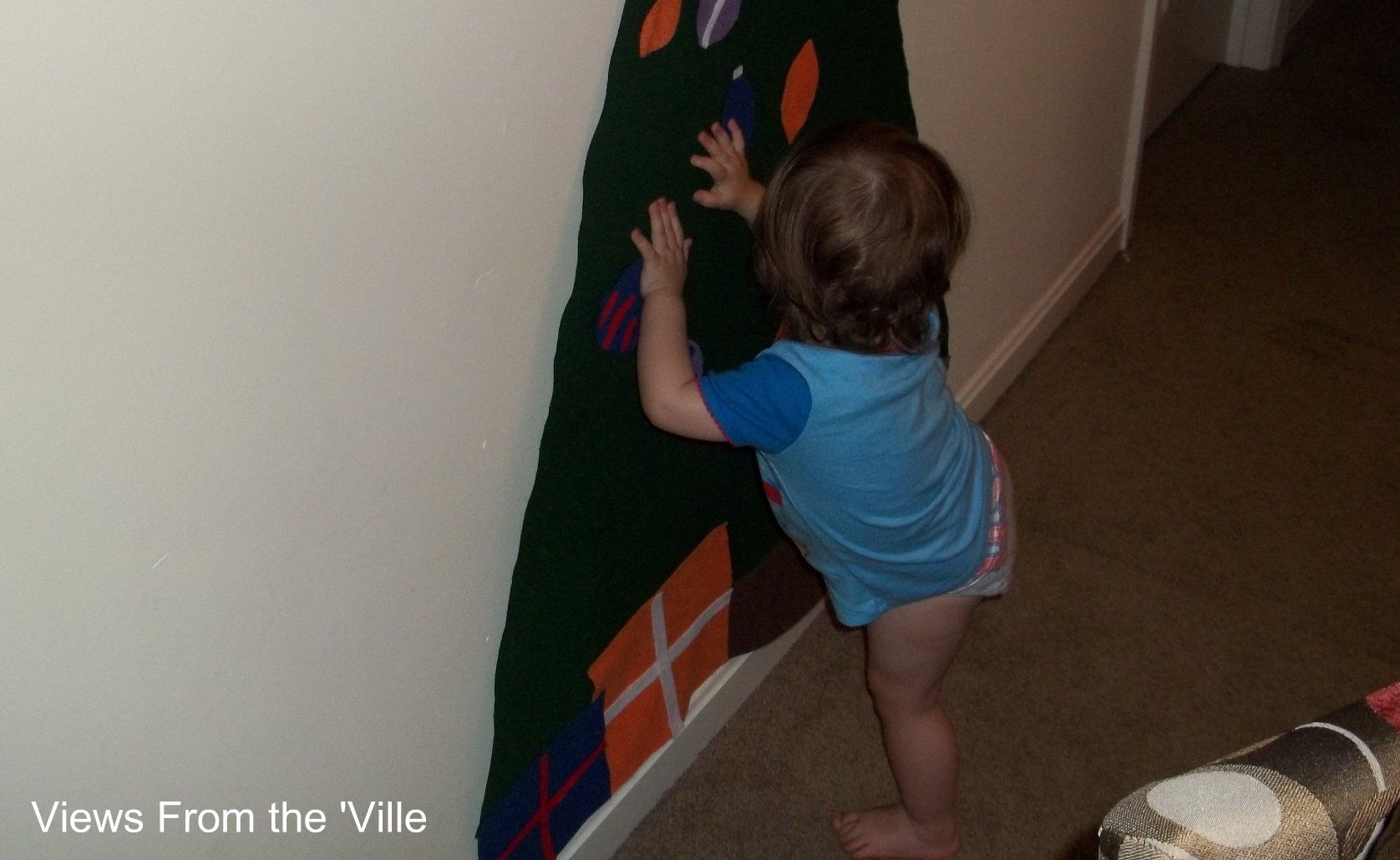 That’s it, you’re done!  I was able to complete the entire thing, start to finish, during Bubbles’ nap time – and even have time to clean up and then hang the tree to surprise her when she woke.  Felt sticks to felt, so just hand over a stack of ornaments to your kiddo and let them play a full-size, felt version of Colorforms.  She has been having SUCH a great time playing with this that we’re leaving it up for a bit, then we’ll take it back down until it’s closer to Christmas.

Note: I stuck the tree to the wall with those wall-safe peel-n-stick strips.  That worked for a few minutes, but apparently that stuff doesn’t work well with fibers.  So my husband (such a smarty!) suggested that we attach it to cardboard, and then use the strips to hang the cardboard up.  That worked!  We cut the cardboard a little smaller than the tree so you wouldn’t see it, but I’m thinking that it could be really cute to create a whole winter “scene” and make the cardboard into a window and add falling snow, etc – and then just hang the tree in front of it.  I’ll probably try that closer to Christmas and will share it again then.

What are your favorite Christmas crafts for kids?