S’mores are one of those things that most everyone looks forward to in the summer.  Even my husband, who isn’t a big fan of marshmallows, likes them.  But why limit yourself to enjoying the chocolate/marshmallow/graham cracker combination just one season per year? 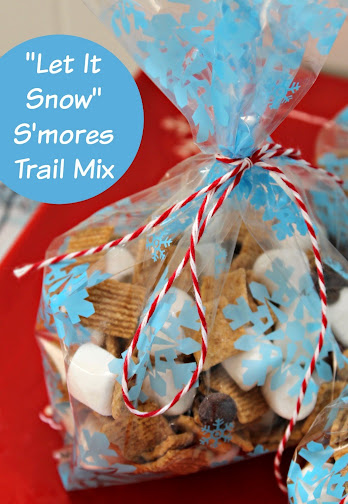 Well, you could of course move to a warmer weather location where a campfire cookout in January doesn’t require a parka and possibly an ice augur.  Or you could just say “let it snow!” and try my super-simple S’mores Trail Mix recipe.

I actually hadn’t had Golden Grahams cereal in years.  But then General Mills sent a few boxes that had the new Mega Bloks toys inside.  I was surprised at just how much like mini graham crackers they tasted! 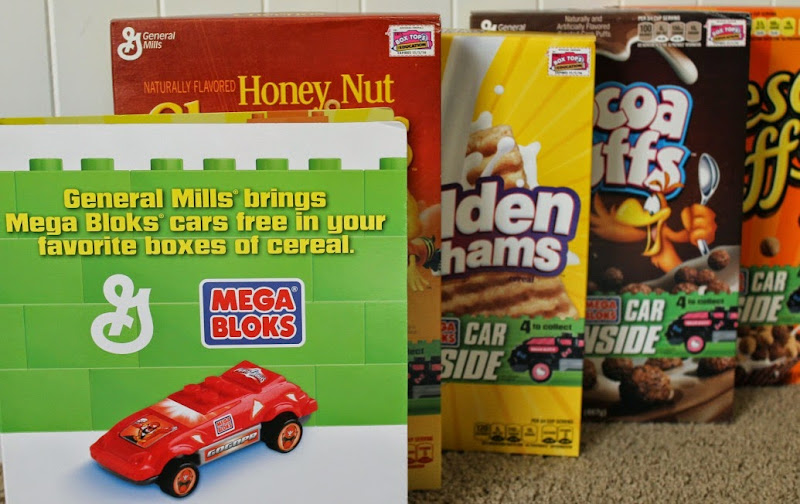 So while Bubbles played with the collection of fun Mega Bloks cars and decorated them with the included stickers, I played around with ingredients that would give you the taste of a s’more all in one bite.  It all came down to just the three ingredients listed above – that classic, perfect combination.

You can certainly use more chocolate chips if you want, and do a 1:1:1 ration.  But I found that 1/2 cup was just about enough to make your taste buds think s’mores without being overpowered with chocolate.  And this is coming from someone who really loves chocolate.

Just mix the mini marshmallows, Golden Grahams, and chocolate chips together in a small bowl and then fill your containers.  I used some snowflake-print food-safe treat bags and filled them with roughly a quarter cup of the s’mores trail mix.  Campfires and ooey gooey s’mores may be a few months away, but these will be great to tide you (and the kiddos) over until then.

Who will you share your S’mores Trail Mix with?