I received a copy of the Idina Menzel holiday album “Holiday Wishes” as a member of One2One Network in order to facilitate my review. All words and opinions are my own.

I’ve been listening to Christmas music for awhile now.  I have a pretty solid collection and each year it seems to grow.  This year I’ve already added one new album to my playlist and it’s one I think you’ll love. 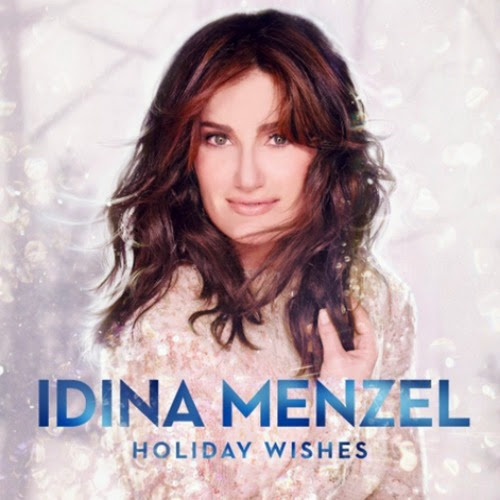 Now, you’ve probably heard the name Idina Menzel at this point.  She was the voice of Elsa in this little Disney movie Frozen?  And by “little” I mean a “global box-office smash”.  Did you know, though, that she was already a Tony award-winning actress and singer before that?

And now she has a new one.  The Idina Menzel holiday album is titled “Holiday Wishes” and it’s beautiful.  Filled with a collection of classic and modern holiday songs, and including a duet with international superstar Michael Bublé, this is one album you want to bring home this year.

The songs included on the album are:

There’s not a song on the album I didn’t care for, and that says a lot to me.  Inevitably when I buy a new album it’s because I love one or two of the songs; I end up liking most of the other tracks, and then having a couple that I don’t even bother adding to my music library.  But I have listened to every single one of these songs at least a half-dozen times.

The duet with Michael Bublé is fun and one of my favorites.  The playful side of Idina’s voice and personality really shines through.

Another bonus?  If you have young kids that love Frozen and Elsa, they’ll like the Idina Menzel holiday album, too.  From the second I hit play Bubbles came running over bouncing up and down saying “It’s Elsa!  It’s Elsa!”  (I really hope Idina loved her role of Elsa because, let’s face it, she’s going to be Elsa to every kid on the planet for the rest of her life.)

In addition to Target, you can purchase the Idina Menzel holiday album from Amazon or iTunes.

What are your thoughts on the Idina Menzel holiday album?