Thank you to Hamilton Beach for providing us with smoothie blenders to make our smoothie recipes.  All words and opinions are my own.

Smoothies are something I’ve enjoyed for a long time, especially back when I lived in Florida.  They’re tasty and refreshing, and can be quite healthy.  When I was in college, we’d often stop for one on the way back from the beach.

It wasn’t until recently, though, that I started seeing a lot of homemade smoothie recipes.  I was interested in giving them a try, but I lacked the proper equipment.  We had a small blender, but it wasn’t really up to the challenge of crushing ice. 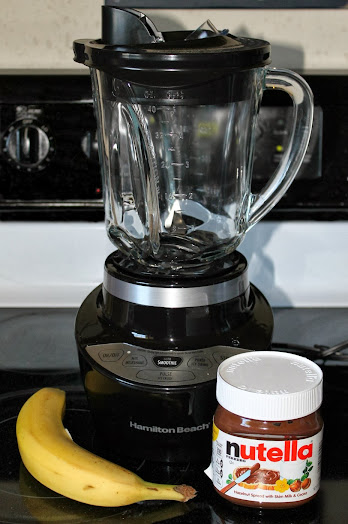 Fortunately, as a Hamilton Beach Ambassador, I was able to experience the Smoothie Smart Blender which definitely is up to the task of crushing ice – and a lot more.  It’s designed to help you make the perfect smoothie at the touch of a button – literally.  With the Auto-Smoothie button you’ll get a 45 second cycle programmed with a series of pulses and a variety of speeds.  When the 45 seconds is up, the blender will shut off, and you’ll have an amazing smoothie.

The advances in technology don’t stop there.  In the past, pouring your smoothie – or anything else, really – out of a blender was often a messy experience.  But the Smoothie Smart Blender has a patented no-mess spout that flips out of the cap and directs your beverage right into the cup.  Beverages like a Banana Nutella Smoothie. 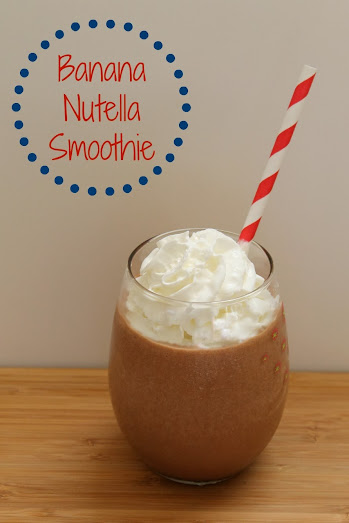 5.0 from 7 reviews
Print
Banana Nutella Smoothie
Serves: 2
Ingredients
Instructions
3.2.1255
We’ve made a number of different smoothie recipes so far, but this is one of my favorites.  If you’d like to make it more of a dessert smoothie you can amp it up by adding in a little chocolate powder or swapping your plain yogurt for chocolate- or vanilla-flavored yogurt.

In addition to the Smoothie Smart Blender Hamilton Beach also has a cool Single-Serve Blender.  I know that it’s cool because Austin, who is 17, snagged it the day it arrived.  He works out a lot and makes a lot of protein smoothies; the Single-Serve Blender makes it really easy for him to make his individual drinks and take them on the go to the gym or school. 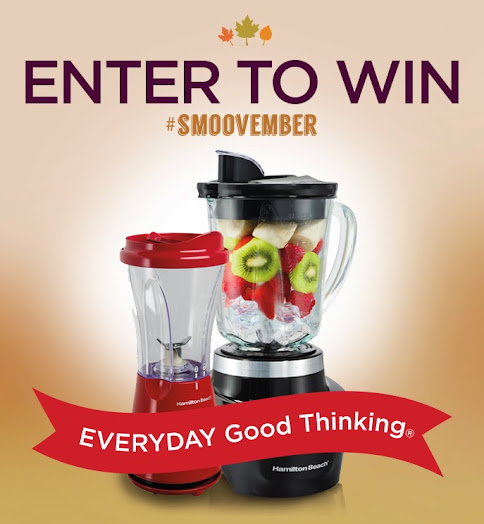 Hamilton Beach and I would like for you to make smoothie recipes, too!  One winner will receive BOTH a Smoothie Smart Blender AND a Single-Serve Blender. Giveaway closed – congrats Carla S!

What is your favorite smoothie recipe?