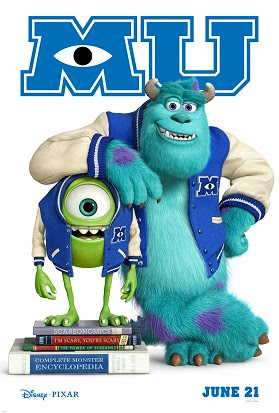 The newest poster for Monsters University is out and I’ll be honest – it’s getting me even more excited!  The lettermen’s jackets that they are wearing are the same colors as my school colors!  Seeing Mike and Sulley – two of my all-time favorite Disney*Pixar characters – in their “cool dude” pose with their school gear definitely brings me back.

Monsters, Inc. is a movie I could watch every day!  If you’ve never seen it, or if you missed it the first time it was in theaters, your second chance is coming soon!  Monsters, Inc. will return to theaters shown in 3D on December 19th.  We definitely have plans to go.  We need a big-screen experience to tide us over until the June 21st release of Monsters University!

Will you be seeing Monsters, Inc. in theaters this month? 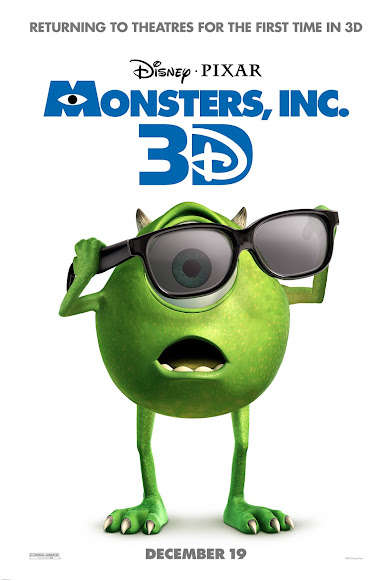 Monsters, Inc. has always been one of my favorite Disney•Pixar movies, so I’m very excited that they’re returning it to theaters starting December 19th.  And this time it’s in 3D!  I love that Disney has been pulling recent favorites out of the storage closet and bringing them back to the big screen.  It’s nice to be able to share them with the next generation!

Who is your favorite character?  Will you be seeing it in 3D?