Thank you to The Motherhood for partnering to let me share my reasons to watch Parenthood on UPtv!

Parenthood is one of my favorite series that has been on TV in the last few years.  There’s so much right with that show, and very little (any?) that’s wrong with it. 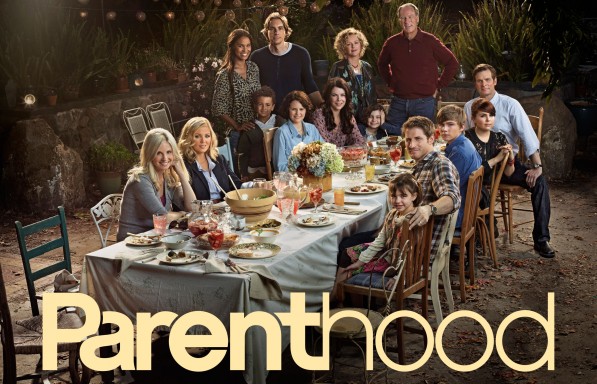 Every season, hubs and I try and pick one or two shows that are basically our 30- or 60-minute midweek date nights.  Something family-friendly (because, Bubbles) that we can watch together and really get into.  Parenthood was one of these shows.

If you happened to miss Parenthood when it originally aired, then all is not lost!  You’re going to be able to watch – from the very first episode – Parenthood on UPtv starting Monday, May 30th.  You’ll even be able to binge-watch the first four episodes, as they’ll be running from 8 p.m. until midnight. 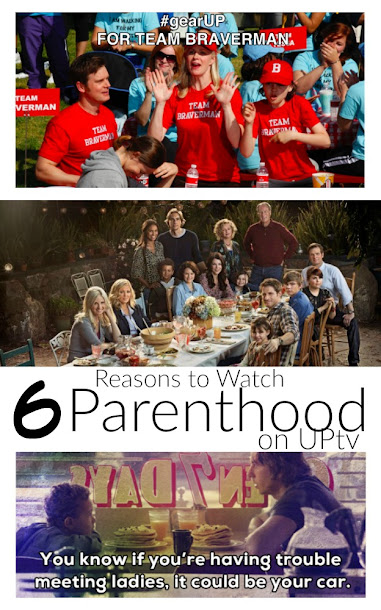 If you’re already a Parenthood fan (yay Team Braverman!) this is a great chance to reconnect with the entire Braverman clan.

6 Reasons to Watch Parenthood on UPtv

Regardless if you’re an old fan or a soon-to-be fan, here are 6 (spoiler-free!) reasons you should be watching Parenthood on UPtv starting Monday.

The ensemble of actors they put together is perfect in every way.  Everyone from Craig T. Nelson that plays Zeek, the patriarch of the Braverman family, to Max Burkholder who plays Max, a young kid with Asperger’s syndrome, is wonderful in their role.  Even the guest stars, who sometimes initially appear to be odd choices, are carefully selected and end up being just the right addition. 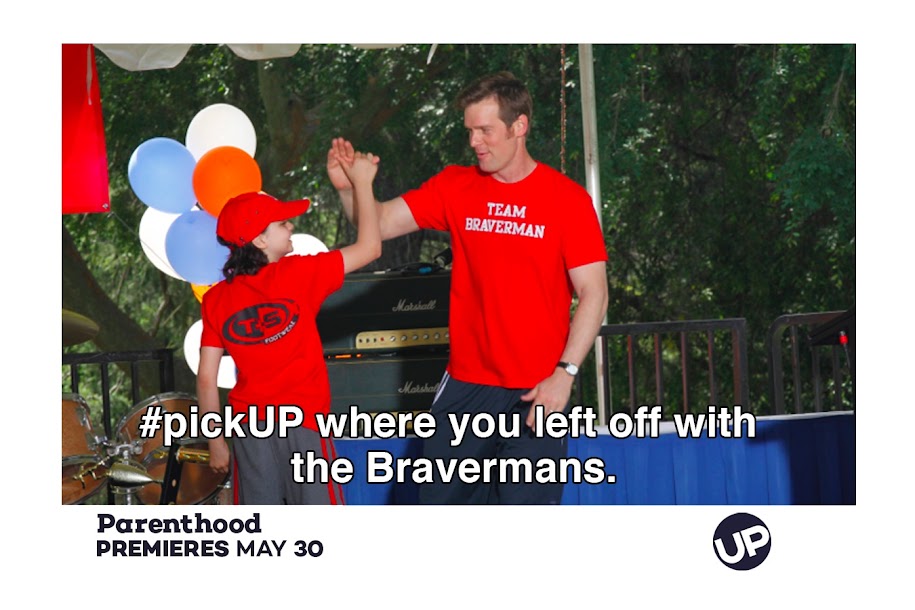 Before the end of the episode you will want to join the Braverman family, and the urge will just get stronger from there.  Family is the central theme of Parenthood, in all it’s messy glory.  But through it all they pull together, problem solve, and figure it out.  Because that’s what families do.  They apparently also show up at your office whenever they need to get their lives together – and I love it. 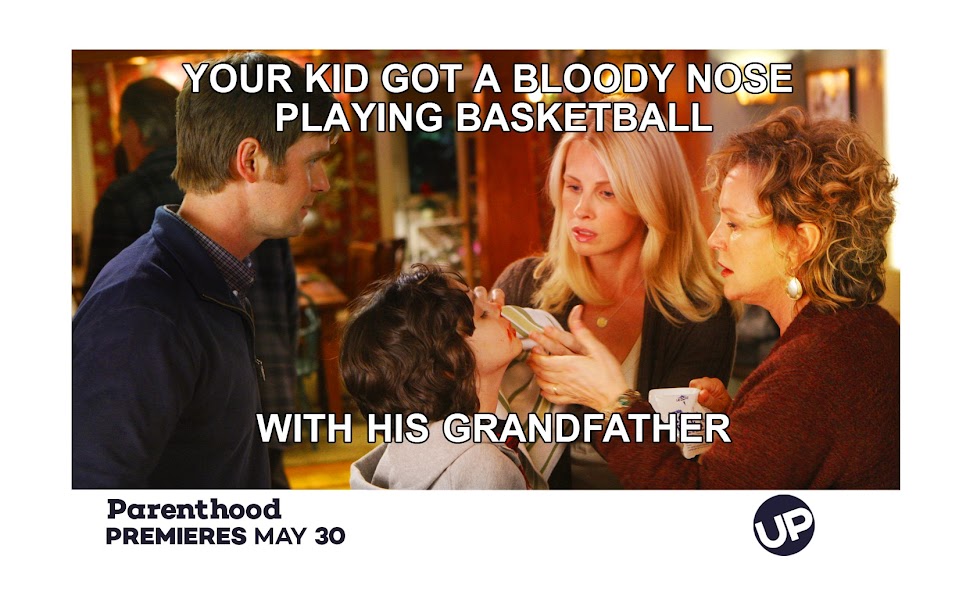 I think Parenthood may have been one of the most realistic shows I’ve ever watched.  There’s conflict, whether it’s between family members, classmates or coworkers.  Bartering with your grandkids, wondering if your job is going to be there tomorrow, dealing with disease, or trying to navigate the waters of married life – it’s all there.  Even when you finally find someone you think you’re going to love to hate, something happens and you have to rethink it. 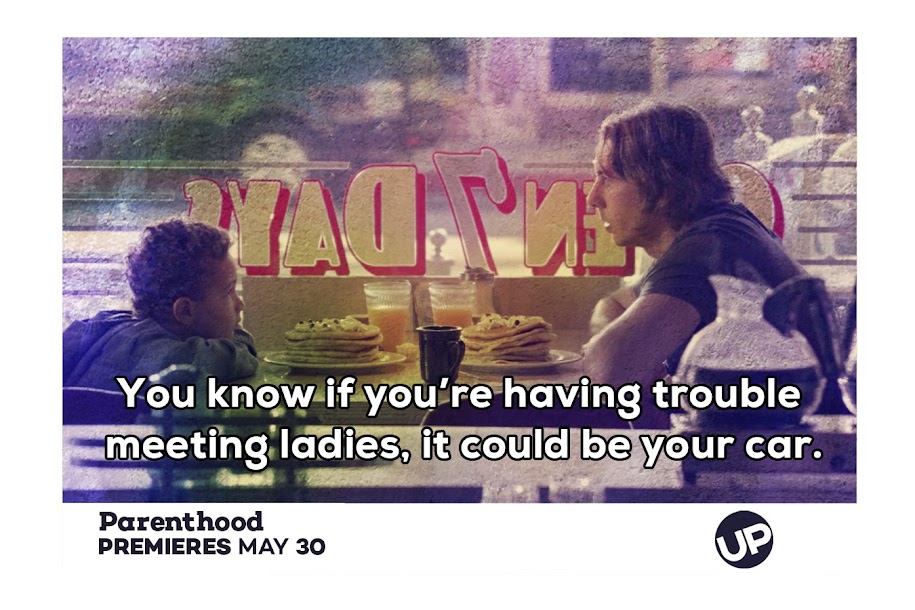 A family that plays (and talks and eats and everything else) together stays together and the Bravermans exemplify that.  Spontaneous dance parties, cheering on a family member that has achieved a goal, pickup games of sports that make even the teenagers want to participate.  There are plenty of occasions to smile and laugh along with the characters. 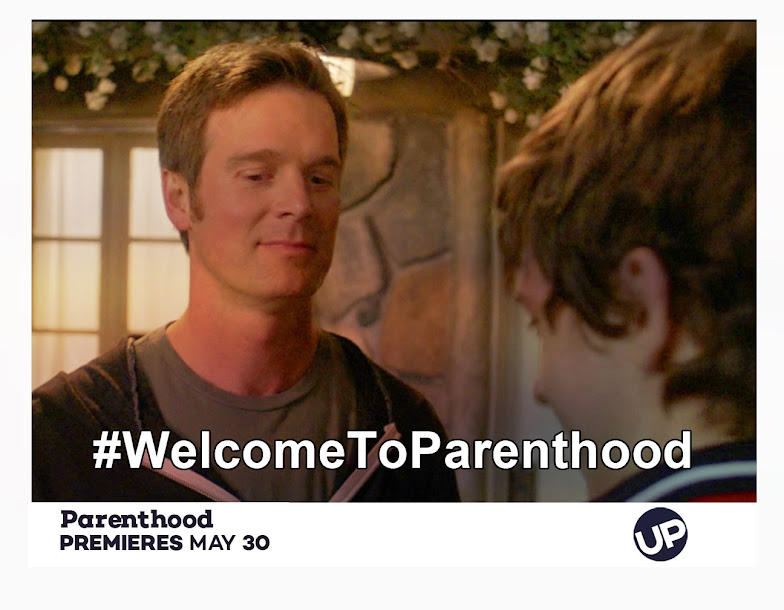 You will cry watching Parenthood; it’s just a given.  At the end of the first episode both my husband and I had tears in our eyes, and that continued as the season (and series) went on.  Sometimes those tears turned into a big, ugly cry, too.  It goes back to the realism point: life is not all sunshine and roses, and sometimes you have to hurt before you can heal.

The intro of every episode includes a glimpse of the family dining al fresco in the backyard under twinkling strings of lights while Bob Dylan’s “Forever Young” plays.  It makes you wish they lived across the road and you could join them.  Other well-placed songs include “When We Were Young” (Lucy Schwartz), “Live Forever” (Drew Holcomb & The Neighbors), “Change of Time” (Josh Ritter), and many more. 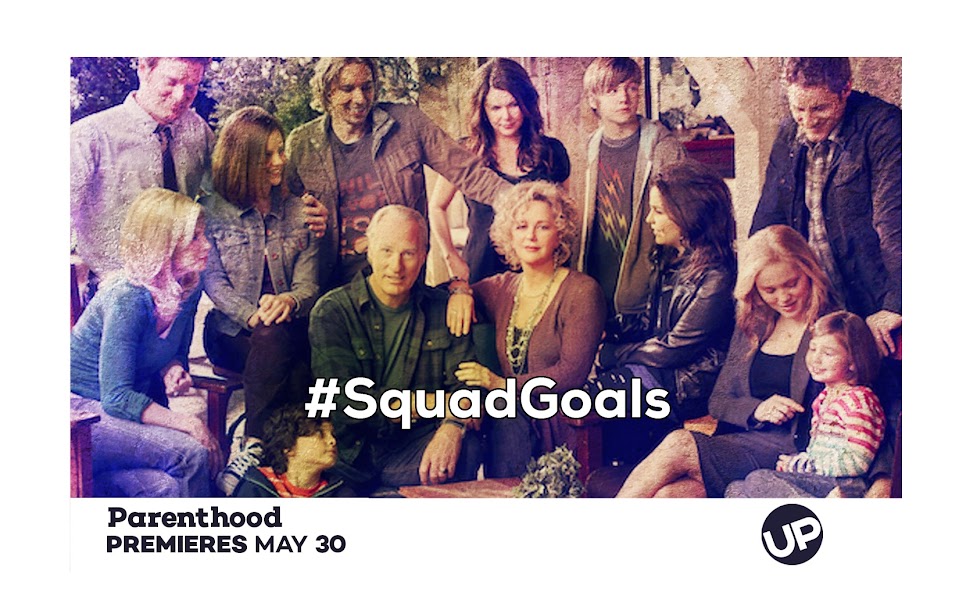 So join me on Monday night and catch Parenthood on UPtv.  I know you’ll come to love and root for the entire Braverman clan: patriarch and matriarch Zeek & Camille; their son Adam, his wife Kristina and their kids Haddie & Max; their daughter Sarah, and her kids Amber & Drew Holt; their son Crosby, his son Jabbar and Jabbar’s mom Jasmine Trussell; and their daughter Julia, her husband Joel, and their daughter Sydney.

Will you be watching Parenthood on UPtv?

10 Responses to “6 Reasons Not to Miss Parenthood on UPtv”