This shop has been compensated by Collective Bias, Inc. and its advertiser. My DIY baby shower gifts, photos and opinions are mine alone. #MagicBabyMoments #CollectiveBias

My sister-in-law’s baby shower is coming up in a little over a month and I’m getting excited.  I unfortunately won’t be able to make it back to Maine to attend so that means I need to get my DIY baby shower gifts, shopping, and decor ideas done now so I have time to mail them.

I love shopping for baby boy stuff which is a good thing considering that all the baby cousins have been boys.  And with Sam and Abby having just found out they are having a boy, too, I’ve had a better idea of all the goodies I want to pick up to send for the shower and birth. 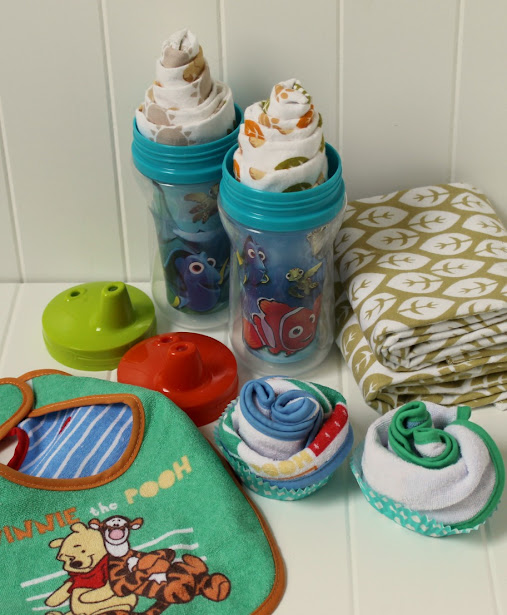 You all know how much I love Disney so much of what I’ve shopped for so far has been from the Disney Baby collections.  Winnie the Pooh, Mickey, Minnie, Finding Nemo, The Lion King, Cars – many favorite movies and characters are represented.  Sam and Abby love Disney, too, so I know they’ll like all this baby gear as much as I do.

Disney is all about the “magic” and I’m all about spreading Disney magic, so I thought it would be fun to present the gifts in a creative way.  I’m not as crafty as I’d really like to be so these are maybe “creative lite” but hopefully that just means they’re really easy for you all to recreate for your own gift-giving occasions! 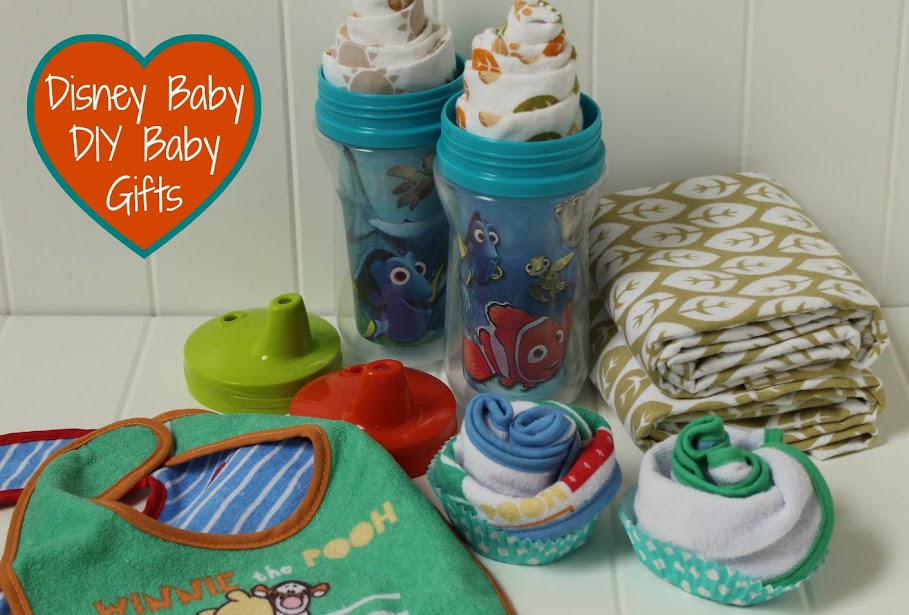 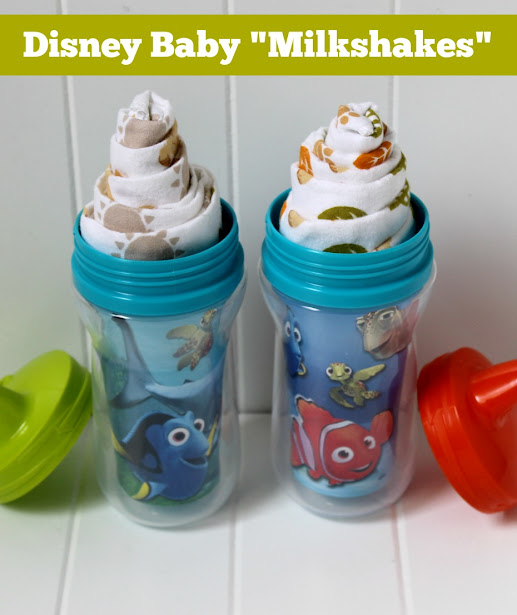 They’re really easy to make.  Just fold the receiving blanket the long way (it comes folded like this in the package), and then roll it up using the short side.  Roll at an angle to get those “layers” that make it look like a swirl of whipped cream. 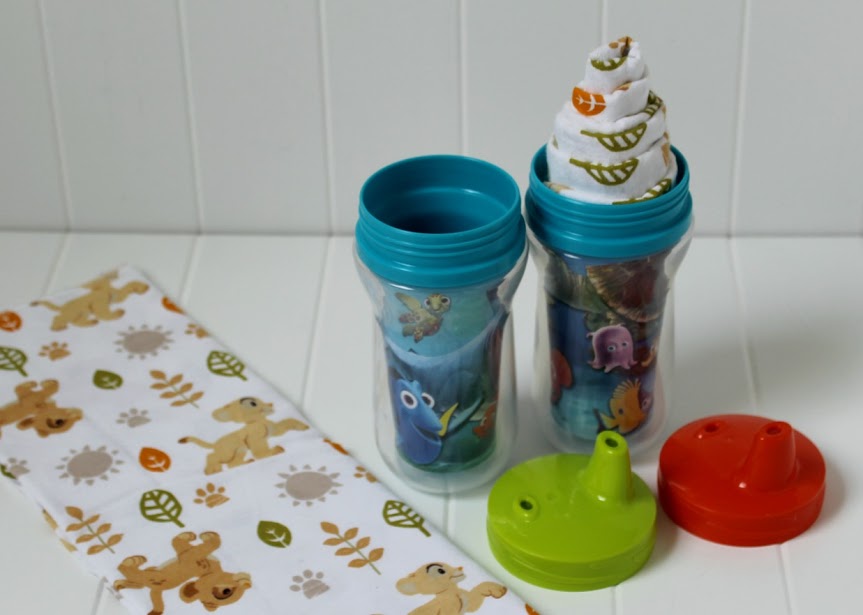 Unscrew the tops from the sippy cups and slide the rolled blanket down into the cup.  That’s it! 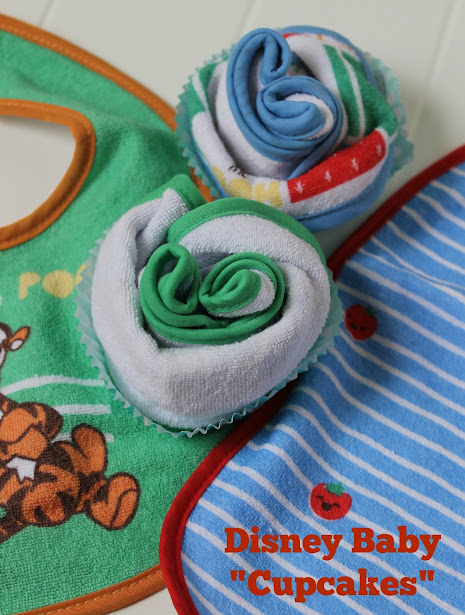 Next I made some Disney Baby “Cupcakes”.  I’ve seen the baby “cupcakes” made with baby onesies before, but I found some bibs that were just too cute not to buy and decided to see if I could use those instead. 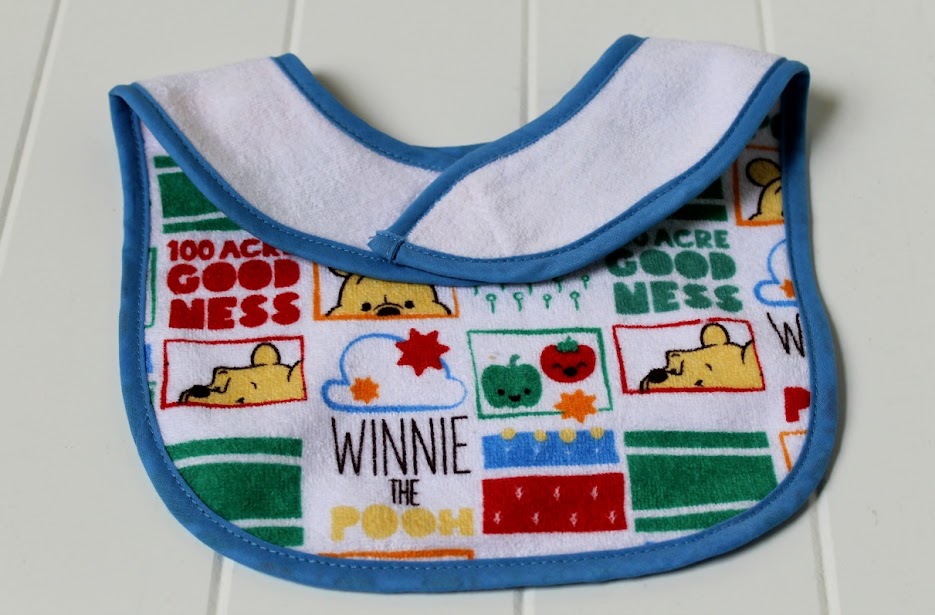 Lay the bib flat on your work surface.  Fold the neck closure down flat against the front of the bib. 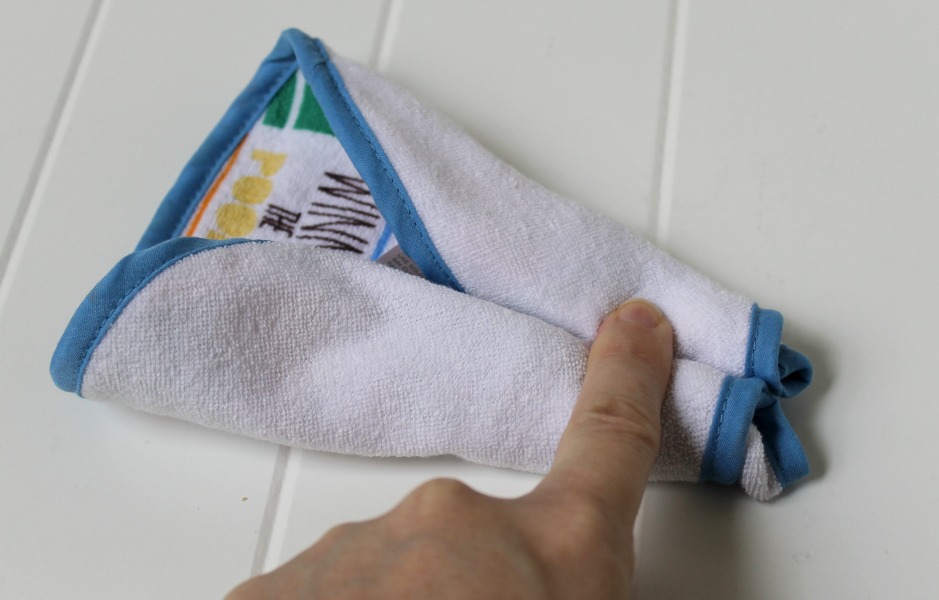 Roll each side of the bib inwards until you meet in the middle. 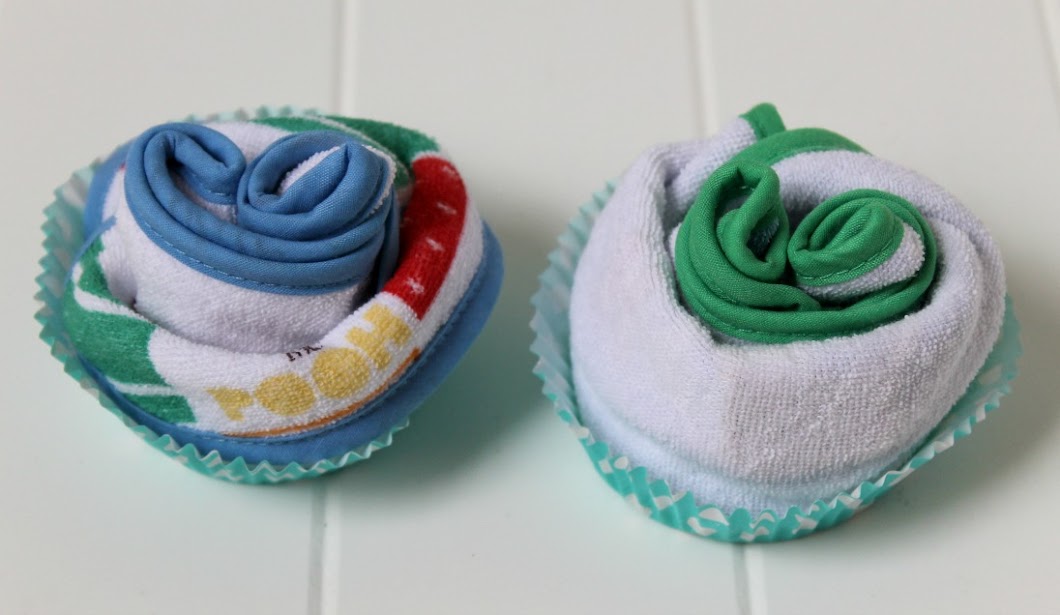 Grasp the rolled ends and fold the top of the bib down (like you were folding the sides of a pastry bag down around your hand to fill it).  Flip it over and place it in a cupcake liner and you have some cute cupcakes to go with your milkshakes! 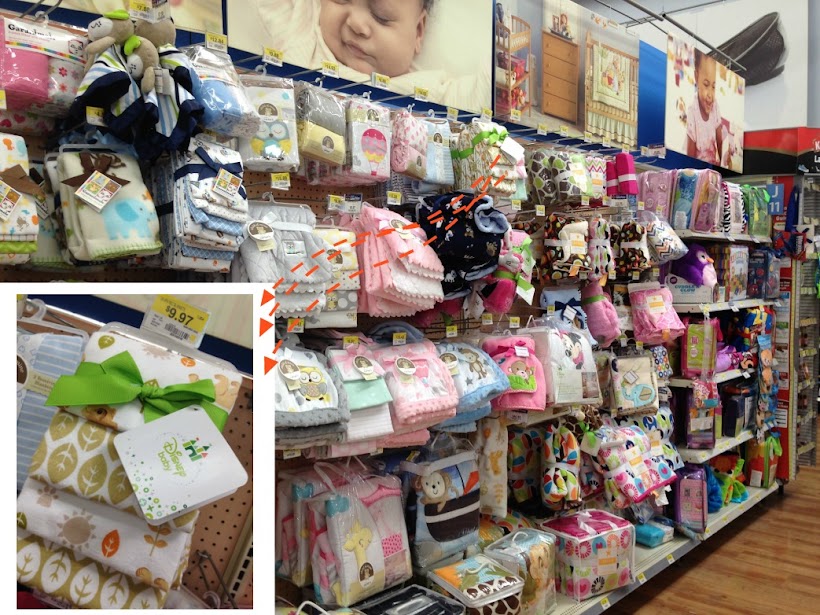 You can pick up lots of Disney Baby items at Walmart.  Not only did I find the bibs, sippy cups and receiving blankets there, I found some cute socks, toys, and other things.

What other DIY baby shower gifts would you make with Disney Baby items?