I like finding ways to add a surprise element of fun to an otherwise “everyday” kind of event.  Bubbles is always and forever wanting to play with and in the boxes that get delivered to the house, so I thought it would be fun to turn one of them into an actual cardboard box car that she could play with.  And since we’d received a few kids DVDs in the mail over the previous few weeks I decided to unveil the “car” as part of a drive in movie experience. 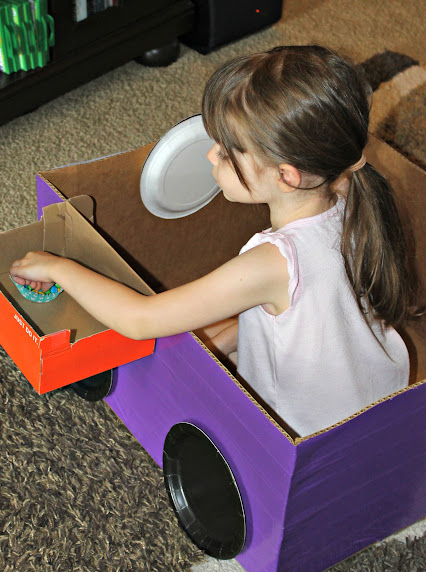 Bubbles has pretended that cardboard boxes are all manner of vehicles in the past.  But I figured that with a few inexpensive supplies I could make a cardboard box car that would last a little longer and help enhance her imaginative play.  The best part was that it only took about fifteen minutes to make and most of that time is taping the “body” of the car. 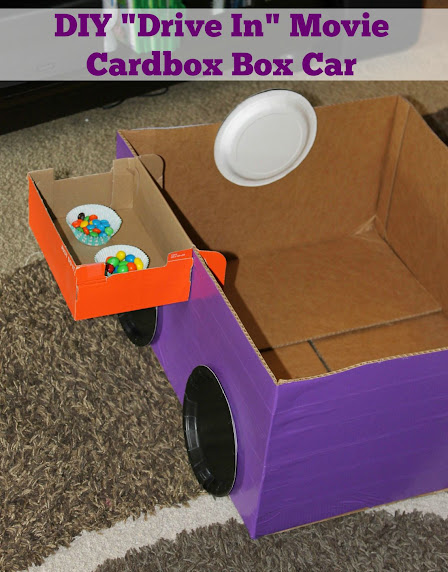 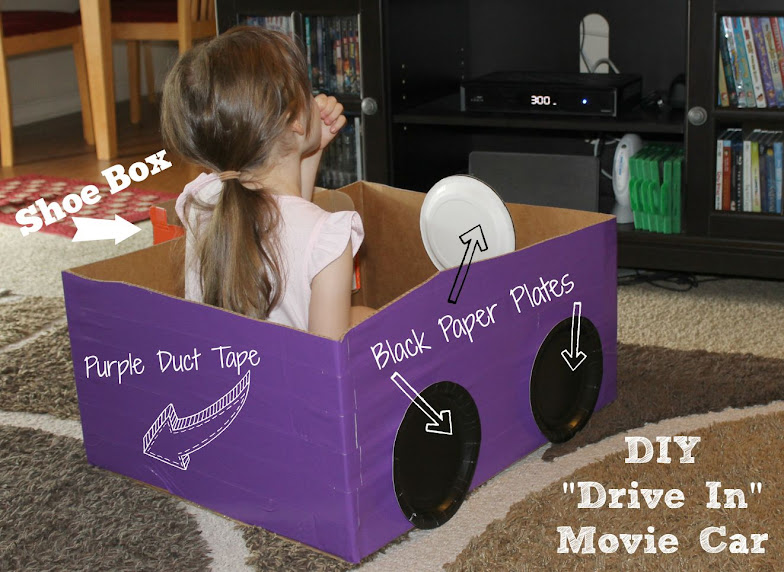 Trim down the box to a height appropriate for your child, if necessary.  Starting at one corner, slowly wind the tape around the bottom edge of the box.  When you’ve covered all four sides match up the seams and cut the tape.

Start a second row of tape just above the first row, aligning the seams.  Continue this process until the entire box is covered in even rows.  Attach a paper plate, black side out, to each of the four exterior corners.  You can use double-sided tape or even some brads to give the impression of lug nuts.

Tape two plates together with their surfaces facing to create a 3-D steering wheel for the car.  Tape to the interior center of the box with a little bit of the wheel peeking up over the “dashboard”.  You could also use a brad to attach the first plate to the box, then tape the second plate over it to make it a little more durable. 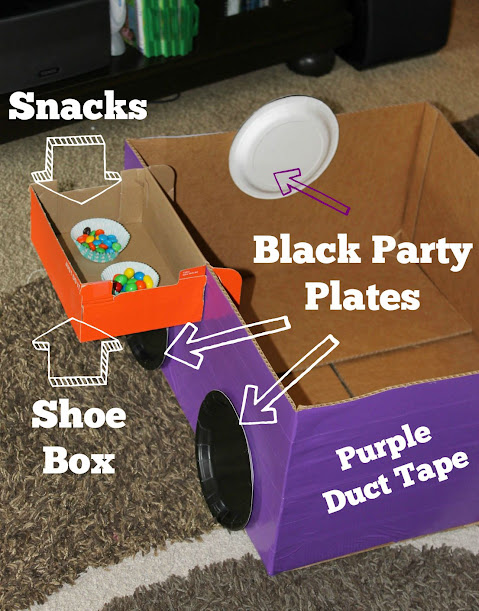 Next fold the lid of a shoe box over the edge of the driver’s side of the cardboard box car, leaving the box part to hang outside.  Use tape or brads to secure it and use this as your drive in movie snack tray.

That’s it!  We had received a copy of My Little Pony – Friendship Is Magic: Cutie Mark Quests (which releases on June 30th) and so I popped that in for Bubbles while she enjoyed a snack. 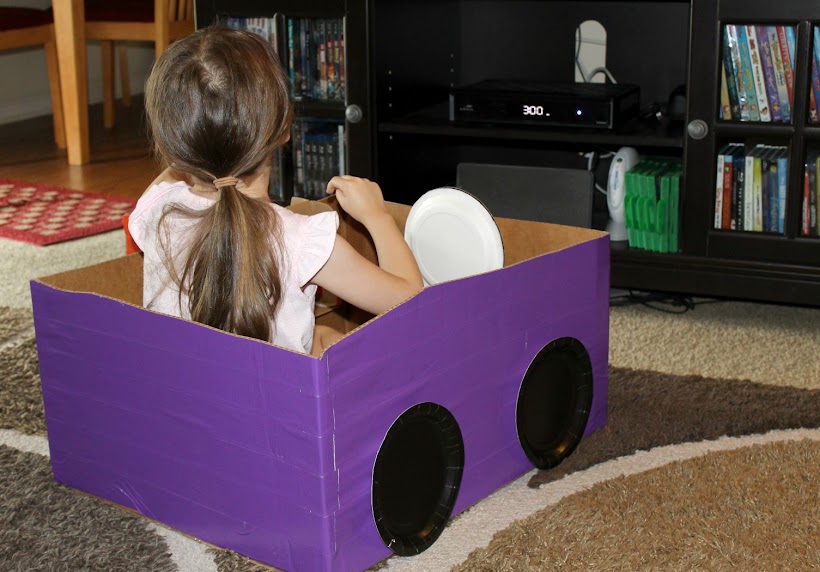 What movie will you show at your drive in?