Earlier this week we were invited to attend a screening of the new live-action Disney’s Cinderella movie.  After weeks of being snowed in, iced in, sick, and snowed in some more (nearly 18″ the first weekend of March. seriously) it was an evening out that both Bubbles and I were looking forward to.  We made it a complete mother-daughter night with dinner out before the movie. 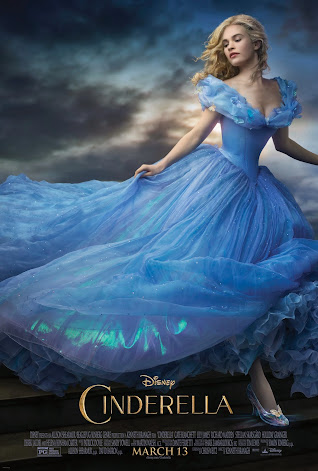 Bubbles was especially excited about the short film Frozen Fever that was showing before Cinderella.  She has been smitten with Elsa, Anna and crew since the moment she first saw them on the screen in Frozen and this was no exception.  She never took her eyes off the screen for the entire thing and only spoke once to tell me, “I love Elsa’s new dress”. 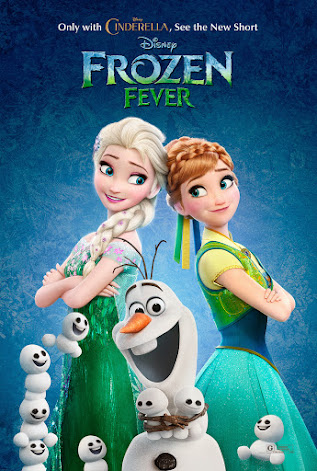 Yes, Elsa gets a beautiful new dress.  Yes, your kids are going to want one.  It’s very possible that you’re going to want one, too.  The short is very cute with a catchy new song and some adorable mini snowbabies that appear every time Elsa sneezes.  Poor Elsa has a cold though she’s trying hard to pretend that she doesn’t so that she can give Anna the best birthday ever.

(Side note on the land of Arendelle – Frozen 2 has been officially confirmed!)

Have Courage and Be Kind 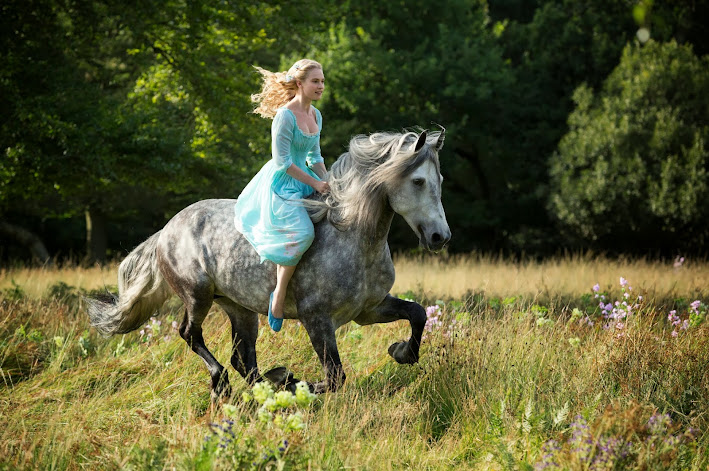 After Frozen Fever came the main event: Lily James as Ella, the sweet young daughter of two very loving parents who teach her that it’s okay to believe in fairy godmothers and talking to animals.  Shortly, though, their idyllic life is broken by her mother’s sudden illness.  Ella’s mother calls her in to give her an important piece of advice: have courage and be kind, because kindness has it’s own magic.

The mother passes but the movie doesn’t dwell on that point (thankfully), and soon Ella’s father asks her if she thinks it’s okay for him to try for happiness again.  There’s a reason behind the question: there’s someone he wants to marry.  Ella would have a mother and two new sisters, and wanting him to find joy she excitably agrees. 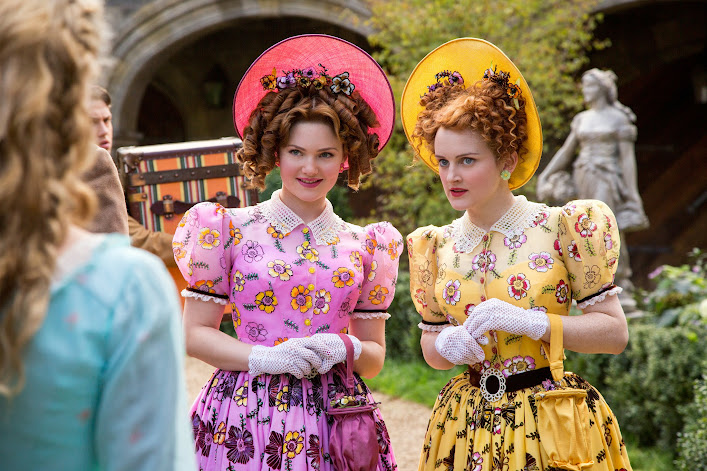 Her new stepsisters aren’t quite what she imagined – and neither is her new stepmother – but she remembers her mother’s words, “have courage and be kind”.  At least she still has her father (when he’s home), though that bond is a point of contention for her new stepmother.

A few days after her father leaves on travels for work, a man shows up at the door.  Ella expected a letter from her father, but instead it is the news that her father has died.  This moment is the one that cemented her in my heart: she turns to the man who delivered the news and shared her condolences with him, as it must have been hard for him to tell her.

After her father’s death, her stepmother goes from tolerating her to treating her more and more poorly with each passing day, before she’s reduced to just being their maid.  Sleeping next to the fire to stay warm at night, her stepsisters delighted in teasing her about being covered in soot, eventually giving her the nickname Cinderella.  She continues to practice what her mother told her – have courage and be kind – but one afternoon in a fit of frustration she gallops off on her horse. 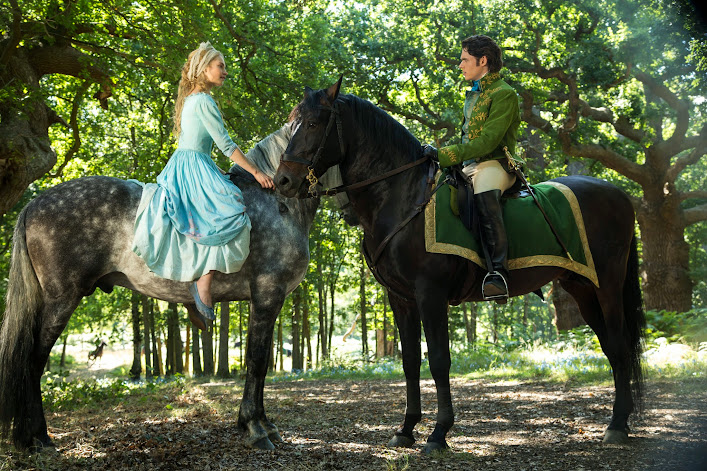 It provides her with a timely meeting with Sir Kit who, unbeknownst to Ella, happens to be the Prince.  Their meeting is brief but left a deep impression on the young prince.  He is supposed to marry soon and in an effort to find his true love, he extends invitations to every maiden in the land to attend his upcoming ball. 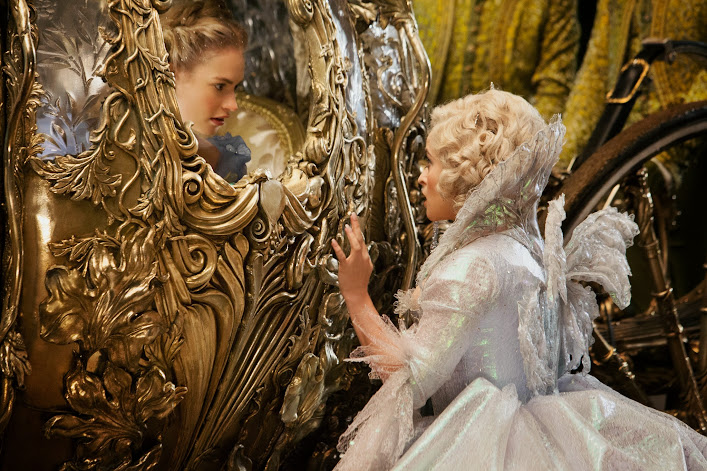 The stepmother and stepsisters plan to attend and hope to woo the Prince.  The refuse to let Cinderella attend and tear her homemade dress to shreds for good measure.  At the very last moment before her final ounce of courage slips away, her Fairy Godmother appears to give her a night to remember.  Mice become horses, lizards become footman, and a pumpkin becomes a most spectacular coach.  Then comes an updated dress and new glass slippers (and so comfortable!) and off Cinderella goes to the ball. 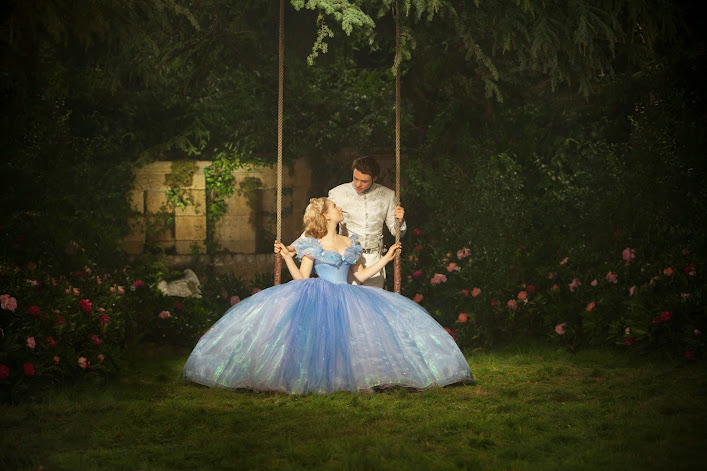 The glitz and glamour comes with a caveat: be home by midnight.  So after a full evening of amazing dancing and alone time with the Prince, when the first stroke of midnight rings out she runs off to be spared Kit seeing her true self.  Kit, however, wants to marry her and sends his men to all corners of the land to try and find her.

And, after some deceit and a length search, find her he does.  And this is where another special moment from the film happens, when Cinderella forgives her stepmother and leaves to marry the Prince.  They both promise to take each other for who they are, and you get the feeling that “happily ever after” truly applies to this pair.

Cinderella is definitely a movie where you can feel confident in taking the whole family.  Bubbles sat mostly still through the entire thing and on the way out couldn’t stop oohing over all the pretty dresses and the dancing.  And days later I can still hear her saying “have courage and be kind” when she’s playing with her dolls, so it’s a message that definitely translated for her.

Will you have courage and see Cinderella in theaters?