I received an Avalon Bay Air Fryer for the purpose of this review. This post was made possible by Mom Spark Media. Thoughts are my own.

I kind of love fried foods.  Don’t you?  I’m not sure if it’s because I grew up in Maine where we always had plenty of potatoes which meant lots of homemade french fries, or what, but that crispy outside with the warm, soft inside – yeah.  It’s good. 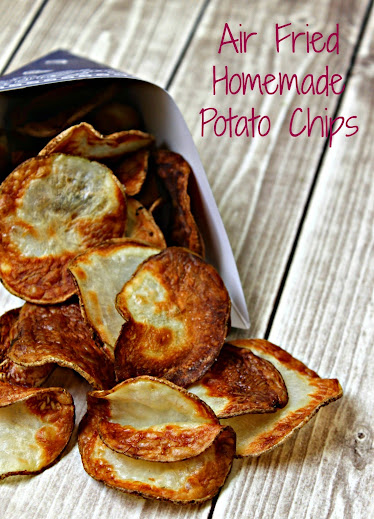 I don’t always love the extra calories that come with frying, though.  Many of you may be in the same boat, especially since this time of year a lot of people are recommitting to their health and healthy eating.  Which may mean you’ve sworn off fries, chips, mozzarella sticks, fried fish, or a number of other things.

You may remember me saying that 2015 for me is about finding balance, which means I’m not giving up my favorite foods (at least not all the time).  Fortunately I’ve found a bit of a compromise with the Avalon Bay Air Fryer.  No to little oil needed means fries and other goodies without so many calories. 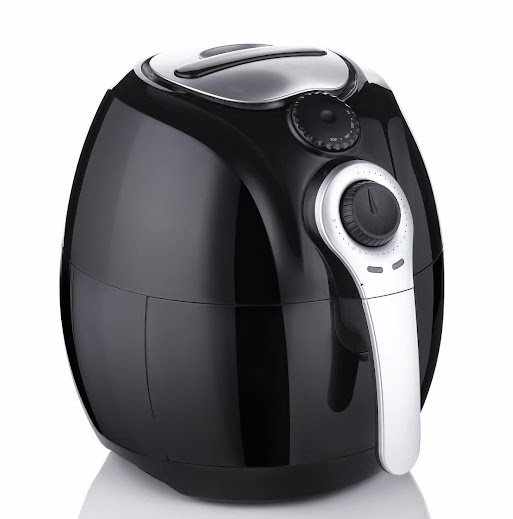 The past couple of weeks I’ve been craving potato chips.  I love chocolate and cupcakes as much as the next person, but when I have food cravings, it’s almost always for something salty and crunchy.  Homemade potato chips are some of my favorite because they’re usually a little thicker and have even more of that satisfying crunch that I love.

I wondered if I could have successful results cooking homemade potato chips in an air fryer.  We have been using our Avalon Bay Air Fryer for a couple of weeks now and the results of frozen fries were pretty spot on.  Even my husband (who convinced me in the first place to purchase our deep fryer) was impressed, and that impressed me, since he had been a bit skeptical of it’s potential. 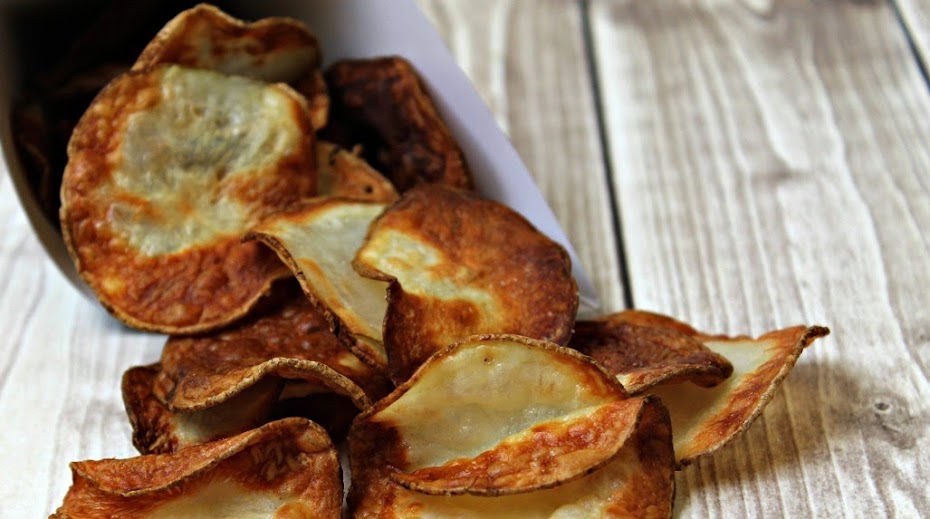 The Avalon Bay Air Fryer booklet suggests using a tiny bit of oil when cooking fresh potatoes (versus frozen that require no oil at all).  So after slicing up two russet potatoes with my mandolin, I tossed the slices with a half-tablespoon of EVOO and cooked them.  Again following the manufacturer instructions to give things a bit of a shake, I shook the chips twice during the 22 minutes I cooked them.

4.0 from 1 reviews
Print
Air Fried Homemade Potato Chips
Prep time:  5 mins
Cook time:  22 mins
Total time:  27 mins
Ingredients
Instructions
3.2.2885
And yes, 22 minutes is actually the correct amount of time.  While the Avalon Bay Air Fryer does cut down on the amount of calories your food produces, it doesn’t cut down on cook time.  It’s not that big of a deal, just be prepared to give yourself up to 30 minutes before your fries or chips will be ready. 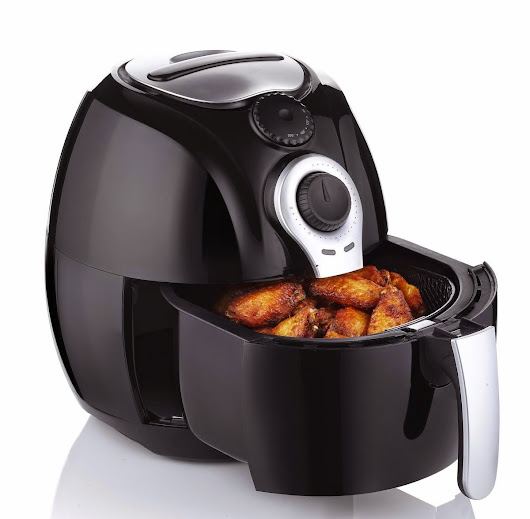 I thought the chips turned out pretty well, especially considering I had used almost no oil.  Homemade chips can tend to get a little dark anyway, but if you don’t like them quite as dark as mine, you can just peek in on them a little more often and pull out the ones that are “done” as they finish cooking. 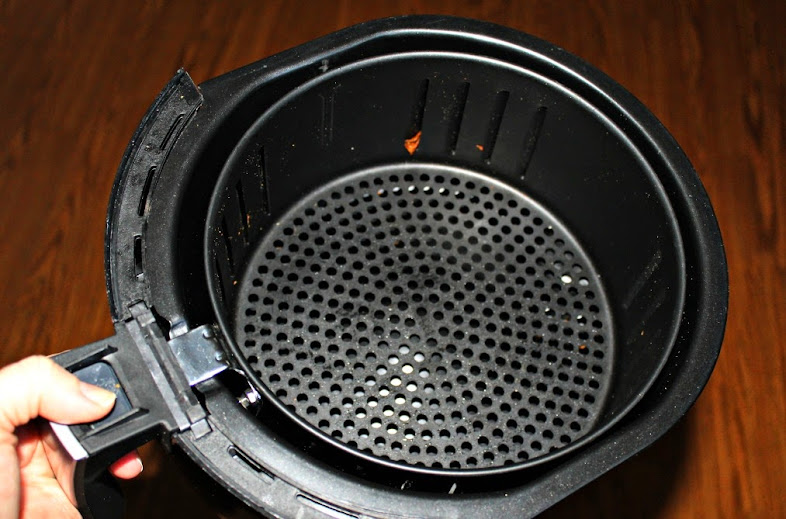 The Avalon Bay AB-Airfryer100B is also easy to clean.  The basket the food cooks in can be removed and wipes down quickly (it also can be put in the dishwasher if you’d prefer).  And while I’ve mostly talked about potato products you can cook everything from steaks to cakes in it, too.

What would you make in your Avalon Bay Air Fryer?