Growing up in Maine, there were always plenty of adventurous winter activities in which to participate.  Skiing and snowboarding, cross country skiing, snowmobiling, ice skating parties, ice fishing.  You name it, we were outside doing it. 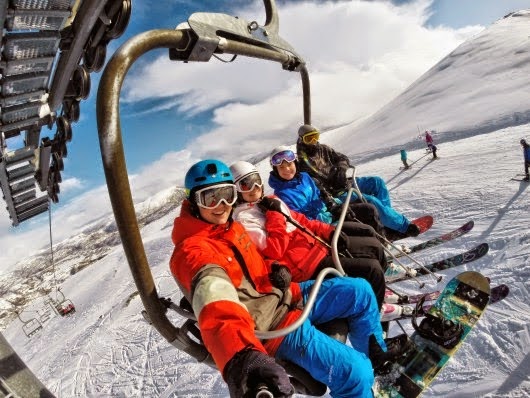 There were always some awesome moves being showed off on the mountain, or cool things we would have loved to capture while out riding a trail (hello, bears).  But that was before smartphones, and most of the time you didn’t really even want to bring a camera, as they weren’t designed to take the beating of an active lifestyle.  So when GoPro cameras came out, I thought “hey, it’s about time!”.

I actually won a GoPro 3 a couple of years ago and I have to admit that it’s a pretty cool piece of technology.  Not only is it great to capture all your winter activities, throw it in it’s waterproof case and you can capture your water adventures, too.  I really wish I would have had it back when I was in college and my friends and I did some snorkeling in the Bahamas.

There are a number of cool features in the newest GoPro HERO cameras at Best Buy that might be of interest to you.

GoPro HERO4 Silver:  The first-ever GoPro to feature a built-in touch display. Controlling The camera, playing back footage and adjusting settings is ultra-convenient—just view, tap and swipe the screen. With 1080p60 and 720p120 video, and 12MP photos at a staggering 30 frames per second, HERO4 Silver combines powerful, pro-quality capture with the convenience of a touch display. 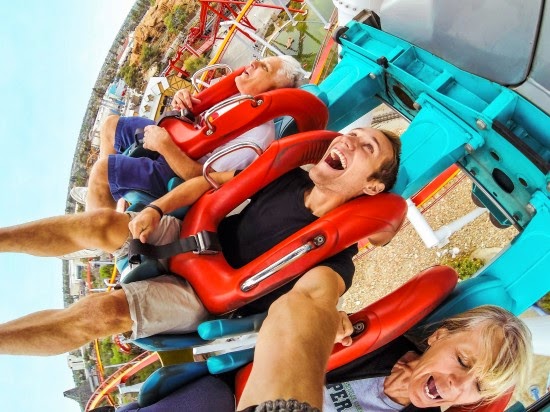 With the holidays coming up, I’m sure you have people on your list that love to get out and fill their lives with adventures and action.  Any of the GoPro HERO cameras would make an awesome gift!  Or maybe you have an upcoming vacation planned from which you’d love to bring home some amazing visuals.  Definitely swing by your local Best Buy and take a closer look – I think you’ll be as amazed as I was.

What would you like to capture with a GoPro HERO?