You’ve heard of Batman, but do you know Batkid? 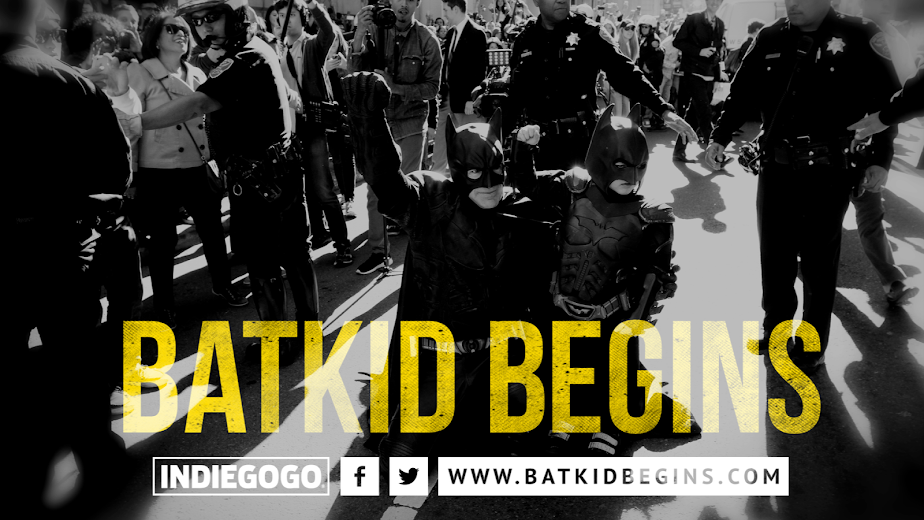 Batkid – aka Miles Scott – is one of the tiniest super heroes you’ll meet. And in my eyes, he may also be one of the most amazing. Now, thanks to the Make-A-Wish Greater Bay Area and KTF Films, you’ll have the chance to hear his story and see how Batkid saved Gothamn.

Batkid Begins follows the events leading up to November 15, 2013, the day that San Francisco was transformed into Gotham and one young boy had the opportunity to live out a dream. At that time, 5-years-old Miles Scott had been battling leukemia (which he has now beat! yay!) for more than half his young life. And when the folks from Make-A-Wish Greater Bay Area heard what his wish was, they did what they also try to do: make it come true.

The goal was to have 200 people show up to lend their support to Miles and cheer him on as Batkid.  Support started to pour in and in the end, 25,000 people lined the streets.  The internet and social media exploded with the message reaching almost 2 billion (yes, billion with a “b”) people.  Videos and tweets poured in, coming from as far away as the astronauts on the space station.

Now you have the opportunity to lend your support.  KTF Films has teamed up with big-name musicians, animators, and visual effects professionals, all working at reduced rates in the name of Batkid, bringing the post-production price tag to $100,000.  They’ve shared their fundraising campaign over on IndieGogo and in exchange for your support, you will receive rewards like your name in the film credits, HD digital copy of the film, Batkid swag (capes, mugs, t-shirts and more!), an original print of one of Batkid’s artistic drawings, tickets to the San Francisco screening of the film with cast & crew, or even a private home screening for you and 20 friends!

Can’t get enough of Batkid?  Lend your support and learn more about the exciting new Batkid Begins documentary here.

I was selected for this opportunity as a member of Clever Girls Collective and the content and opinions expressed here are all my own.