When I was elementary school-aged and younger, I spent many summer and weekend nights sleeping over at my grandparents’ house. There was just so much to do down there, from fishing to picking berries to baking with my Gram. And as my brothers and cousins were born, they added to the mix, until our sleepovers counted six grandkids all spread out over the floor.

In the mornings, Gram always cooked us breakfast, though breakfast seems like an insignificant word for what she cooked. Everyone had their favorites, and everything was cooked to order: eggs were fried, scrambled, made into omelets, or in my case fried but egg white-only. And of course, there was the homemade toast with real butter. 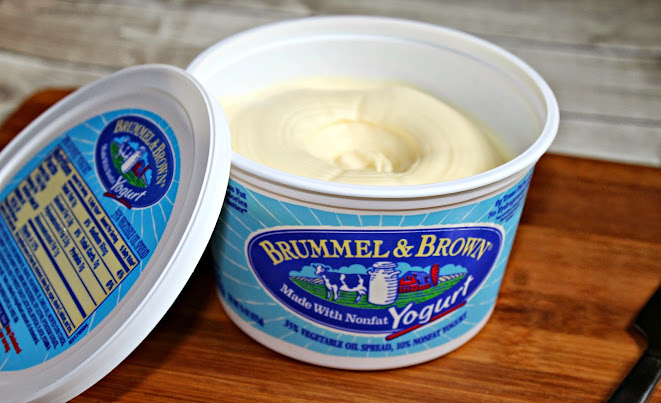 These days, though, I think a little more about the calories than I did when I was a kid.  And so while I still love the taste of real butter, I’m usually reaching for something else to spread on my toast.  After seeing it while shopping at Target, what I have been reaching for lately is Brummel & Brown spread. 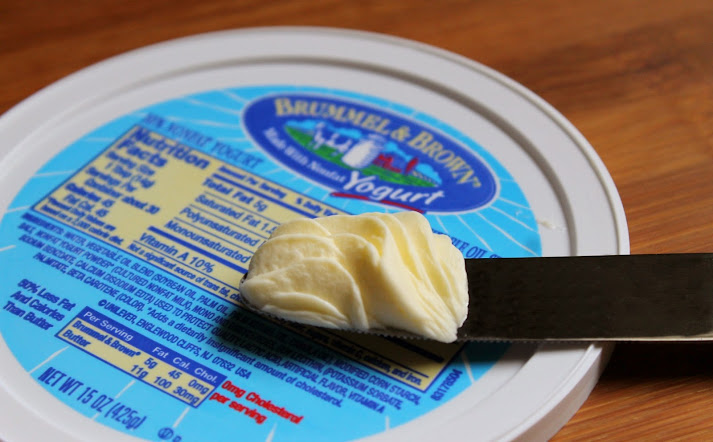 Made with nonfat yogurt, Brummel & Brown spread contains 50% less fat and calories than butter and there’s no cholesterol per serving.  The yogurt gives the spread a really smooth, creamy texture, allowing it to fill in every nook and cranny of whatever I’m spreading it on.  And with 0 grams of trans fat per serving and no partially-hydrogenated oils, it’s a good choice for me. 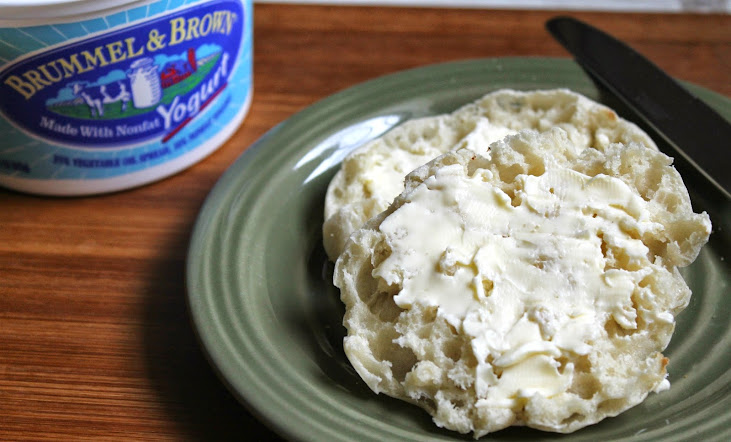 I’ve been using Brummel & Brown in the mornings on my English muffins.  For an extra special treat, every once in awhile I’ll also sprinkle it with a tiny bit of cinnamon and brown sugar.  I also love it on my homemade rolls, and even spread on a baked potato!

For more suggestions on how to use it you’ll want to like the Brummel & Brown Facebook page. 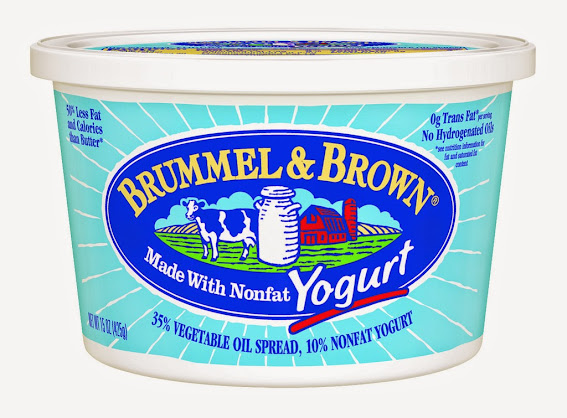 How would you use Brummel and Brown spread?