Universal CityWalk is really expanding this year.  It’s been quite a few years – when we last lived in Florida – since we’ve had a chance to visit, but it’s looking like we may need to plan a trip at some point.  Between the new introductions on the CityWalk, itself, and the addition to the Harry Potter section of the park, I can think of a few things I’d like to see! 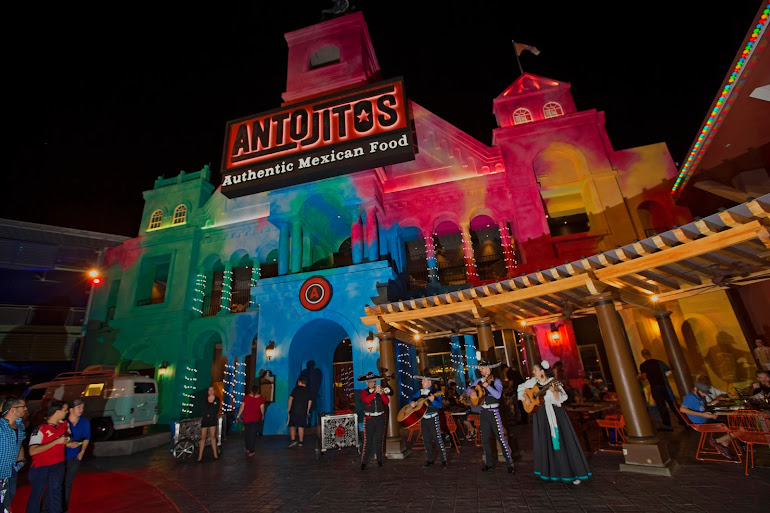 One of the newest openings has been the recent grand opening of Antojitos Authentic Mexican Food.  It officially opened on February 5th and became the second eatery to debut as part of the planned expansion to Universal’s entertainment complex.  With it’s colorful look, authentic cuisine and Mexican folk art, Antojitos is a journey through the cantinas and markets of Mexico City.

It’s located in the heart of Universal CityWalk, right next to the groove nightclub.  The restaurant is two stories and provides two unique dining experiences.  Guests can dine downstairs and enjoy a more casual dining experience that includes tacos and enchiladas, or they can dine upstairs in a more refined atmosphere, with menu options like Carne Asada Brava (coffee-crusted ribeye with fire-roasted vegetables).  You can also watch as fresh guacamole is prepared tableside!

Universal Orlando is also kicking off their Mardi Gras celebration.  Check out the full lineup of entertainment below.

What is your favorite thing to do at Universal CityWalk?