We received a copy of Henry Hugglemonster: Meet The Hugglemonsters in order to facilitate our review.  All thoughts and words are my own.

One of the newest additions to the Disney Junior line up is Henry Hugglemonster and his family.  If you’re not familiar with the TV show, no worries!  Today Henry Hugglemoster: Meet the Hugglemonsters is available on DVD so you can pick up a copy and watch seven double episodes all at once.

I knew Bubbles (and I) would like this show from the first time I saw an announcement commercial for it.  The theme song is one of those really catchy songs that gets in your head and keeps you humming.  The cheery “Hey, hey, hey it’s a Henry Hugglemonster kind of day” will stay with you long after the show has ended. 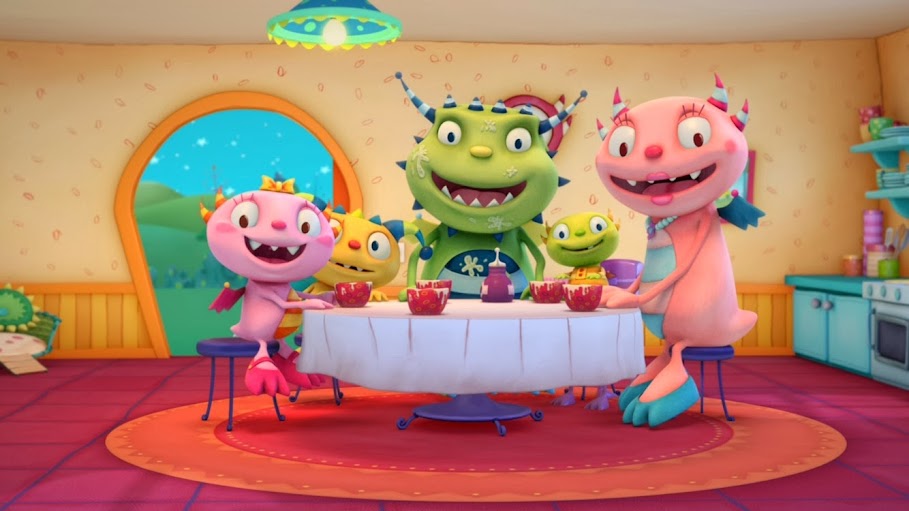 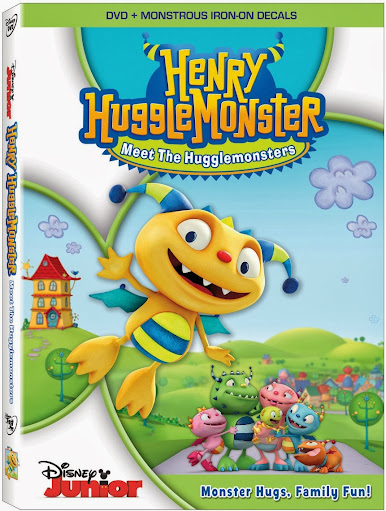 The included episodes are:

At 144 minutes of runtime, your kiddos will have just over 2 hours of bouncy, musical monster fun.  You’ll also learn all the fun catchphrases of Roarsville, like “Totally Roarsome!” – my personal favorite.  Another plus is that your kids get to see “monsters” in a more positive light, and can learn life lessons right alongside Henry. There are also iron-on decals included, so you can fancy up a t-shirt, backpack, or other item! I have a copy of Henry Hugglemonster: Meet the Hugglemonsters for one reader!  Giveaway closed – congrats EG K!

Who in your family is a Henry Hugglemonster fan?