Here is this week’s round up of kids entertainment.  Be sure to download and print the free, fun activities from Monsters University! 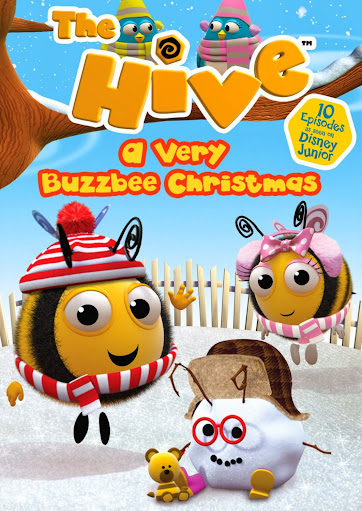 The Hive: A Very Buzzbee Christmas is available on DVD. Great for the holiday season, the DVD includes 10 episodes from the Disney Junior television series.  “Babee’s First Christmas” is an especially great episode to watch if you happen to have an older sibling processing a younger sibling’s first Christmas.  Throughout all the episodes kiddos will learn about holidays and traditions, teamwork, and compassion. 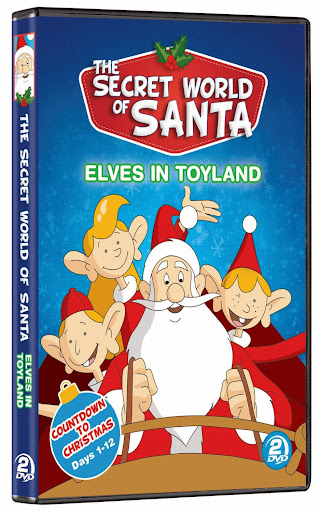 The Secret World of Santa: Elves in Toyland is a 2-disc DVD that has 13 episodes that are considered the first of 25 “countdown to Christmas” days.  Together they’d make a really fun advent-type activity for the kiddos.  In these episodes Santa and the elves are out searching for the perfect toys to deliver on Christmas.

Along their journey, they run into an “anti-Santa”, the evil Gruzzlebeard, and his side-kick Dudley.  Gruzzlebeard casts a spell on the toys, bringing them to life, and gets into other mischief, as well.  This forces Santa and the Elves to scramble to set things right before Christmas. 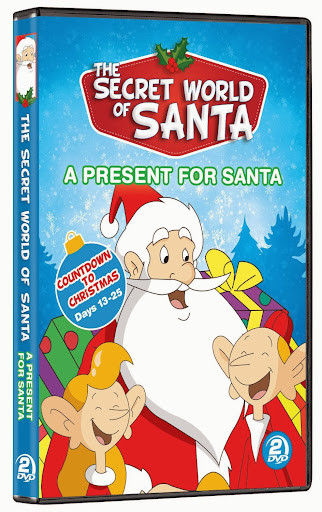 The Secret World of Santa: A Present for Santa is the second 2-disc DVD with an additional 13 episodes in the “countdown to Christmas”. The evil Gruzzlebeard is back, unleashing two termites on Santa’s house and magic suit. Santa is upset, but soon finds a special present made by the children of a local village. The monsters at Monsters University would you like to have an OK Holiday with their printable activities and holiday greeting cards.

Soon there will be an adventure available for the first time on Blu-ray from the Hundred Acre Wood.  Winnie the Pooh: Springtime with Roo releases on Blu-ray on March 11, 2014.  This is one we’ll be picking up for sure, as I’m a big fan of Pooh Bear and this looks like a sweet feature.  It will go with my plush Eeyore dressed in his Easter wings that my Gram gave me years ago!

Each year, Rabbit plays Easter Bunny, but this year, he’s decided it’s “Spring Cleaning Day,” and he orders everyone to hop to it: scrubbing, dusting, and mopping. All his pals are disappointed – especially little Roo – until Rabbit learns that putting others first and showing friends how much you care turns every day into a precious gift. Sparkling with unforgettable songs and a never-before-seen bonus treat, this delightful “egg-stravaganza” shows why love, hope and friendship are always in full bloom in the Hundred Acre Wood! 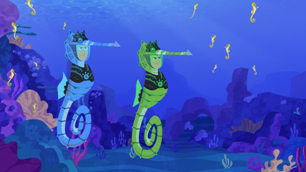 Don’t forget that “Aqua Kratts Week” starts Monday, December 23rd.  Join the Wild Kratts brothers in both new and favorite episodes for some under-the-sea fun.  Episodes will include:

The PBS KIDS show SUPER WHY! has a new app, “SUPER WHY Phonics Fair”.  Kids ages 3-6 will learn reading, word-building, and phonics skills through carnival-themed games.  It includes 5 interactive literacy games and each game features 30 key word families needed to learn to read.  There are also 130} stickers kids can earn and use to decorate the Phonics Fair Prize Booth, plus 8 phonics-themed music videos.  You can purchase it for $2.99 from the App Store.

Have you downloaded the new Daniel Tiger’s Neighborhood holiday album yet?  It’s called Snowflake Day and is available on iTunes for under $5.  It’s based on Daniel’s holiday special “Snowflake Day” that recently aired on PBS.  And be sure to read my review of these Daniel Tiger toys so your kids can play along with the music. 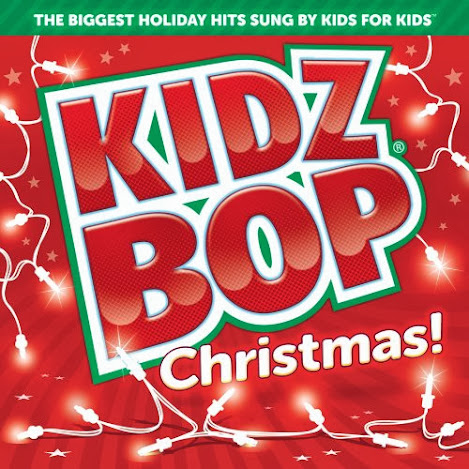 Kidz Bop also now has their songs on the Arm & Hammer Tooth Tunes Junior brushes, and they would make an awesome stocking stuffer.  Bubbles is getting a huge kick out of hers!