I received the Despicable Me 2 DVD/Blu-ray Combo Pack in order to facilitate my review.  All thoughts and words are my own.

I vividly remember going to the first Despicable Me movie with my husband and Austin.  I remember it because one of my favorite lines from any movie has since become “It’s so fluffy!” shouted by Agnes as she’s handed a stuffed unicorn.  I’m not entirely sure why it struck us all as so funny, but it’s been kind of an inside joke since then. 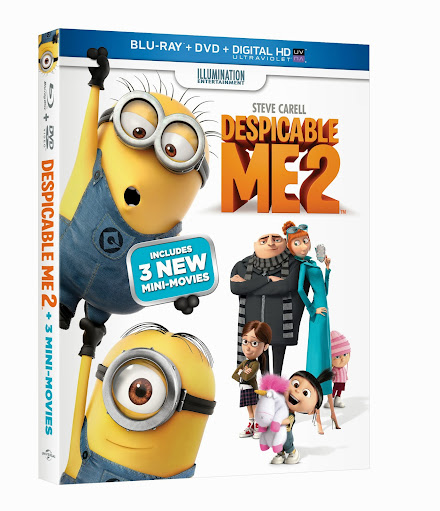 When Despicable Me 2 came to theaters this past summer, we decided that it would be Bubbles’ first theater movie.  She loves the little yellow minion buddies and we didn’t really anticipate any scary parts.  She did pretty well, but eventually got fidgety enough that we decided to leave before it was over (no one wants to be those people).

Having not caught the conclusion of the film, we knew that we’d want to pick it up when the Despicable Me 2 DVD came out.  It was nice to finally get to see the end, because I’ll be honest – I was a little worried about the fate of those poor minions!  And I wanted to know what, if anything, happened between Gru and Lucy. 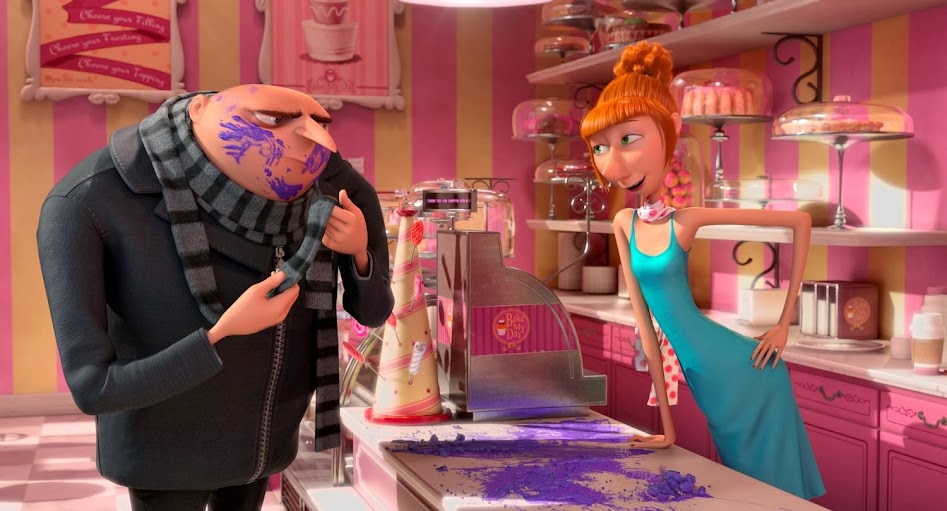 Gru, his adorable girls, and the mischievous Minions are back with a cast of unforgettable new characters in the blockbuster sequel to the worldwide phenomenon.  Just as Gru has given up being super-bad to be a super-dad, the Anti-Villain League recruits him to track down a new criminal mastermind and save the world.   Partnered with secret agent Lucy Wilde, Gru, along with the wildly unpredictable Minions, must figure out how to keep his cover while also keeping up with his duties as a father. 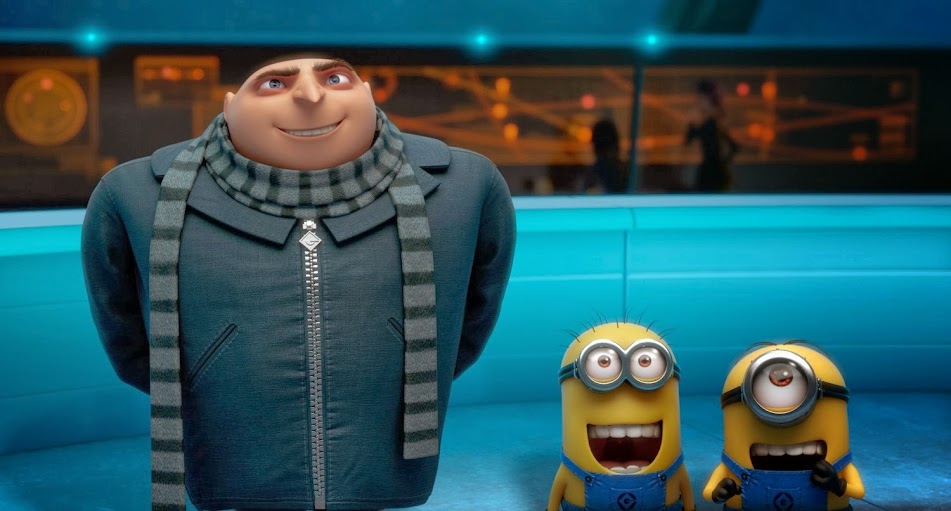 Despicable Me 2 is a continuation (there’s even a second version of the “It’s so fluffy!” declaration), yes, but it’s also a completely different story than the first movie.  In the sequel you get romance, adventure, intrigue, and a lot more of the interaction of Gru and the girls.  With that mix, the movie becomes both funny and touching.

You can pre-order the Despicable Me 2 Blu-ray Combo Pack right now on Amazon and other retailers.  You can also pick it up in stores like Target.

What was your favorite part of Despicable Me 2?