Thank you to Disney for inviting me to a screening so I could write my Delivery Man review.  All words and opinions are my own.

When I saw the first trailers and sneak peeks of Delivery Man, I have to say that I was intrigued.  Finding out that you had 533 kids would be kind of mind-blowing.  What would David Wozniak (Vince Vaughn) do with that news? 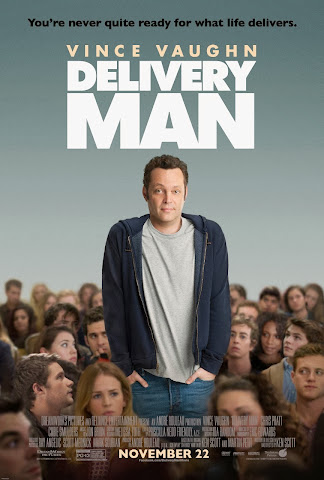 It turns out his first reaction to the fertility clinic snafu is to shout “¡Yo no soy David Wozniak!”  Not going to lie, I would probably have shouted something similar – and maybe a lot more.  That’s quite the piece of information to have dropped in your lap!

The timing wasn’t exactly good, either.  David has been having some money problems, money problems so bad that he frequently walks around his house with a baseball bat afraid that they might be there to collect.  And they do show up – to both his house and his father’s – and they aren’t kidding around. 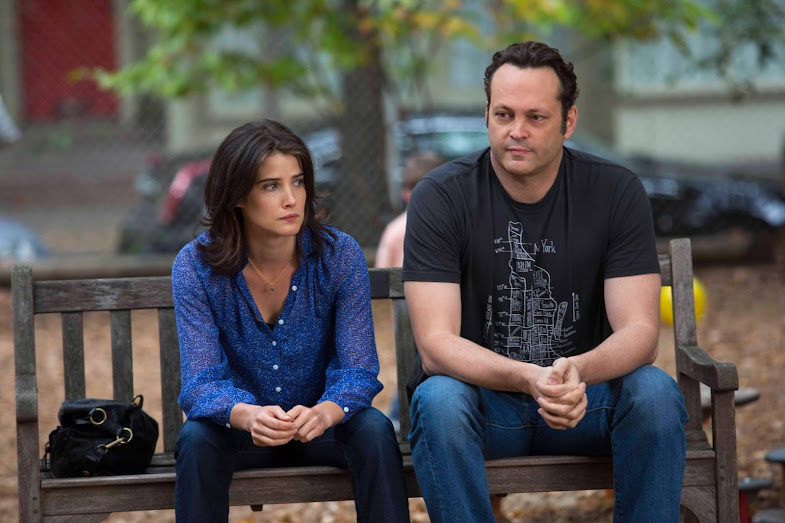 Add to that an announcement from David’s girlfriend Emma (Cobie Smulders).   She had found out she was pregnant and not entirely sure that she wanted him to be a part of their lives.  Not that you can really blame a girl; David hadn’t exactly been Mr. Dependable up until then and dependability is important when you’re talking about raising a child. 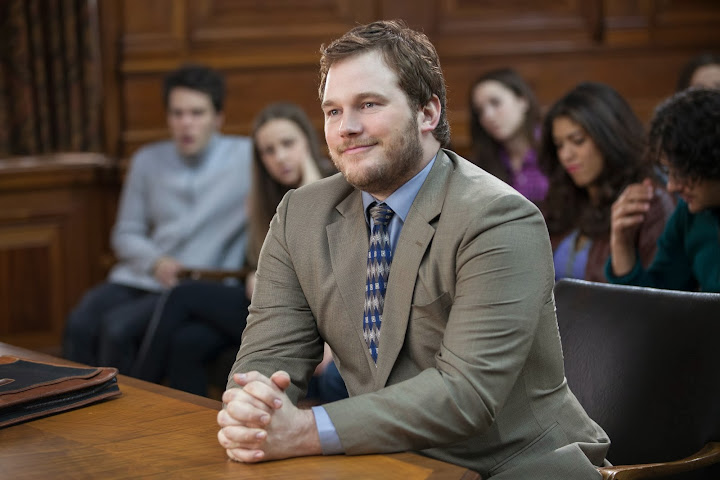 David’s best friend Brett (Chris Pratt) is a sort-of lawyer who steps in to help when some of the kids sue to know the identity of the donor.  One of  my favorite Chris scenes was standing in front of his own four children, practicing his argument.  His kids are rooting for the other guy (gotta love the support of your kiddos), and when the camera pans away, he’s standing there in his suit jacket – and underwear.  (BTW I wouldn’t be surprised if you didn’t recognize Chris – he gained 70 pounds for the movie!) 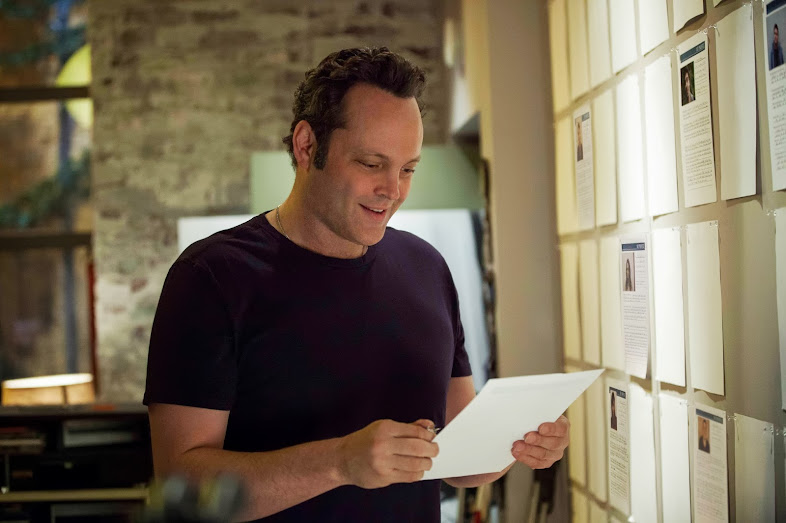 While the lawsuit rages on, David peeks inside the envelop with the names and photos of each of the kids involved in the lawsuit.  He decides he’s going to check in on one of them – just to see.  One turns into two, two turns into three, and soon he’s dubbed himself their Guardian Angel.

I won’t give away the end of the film because I want you all to go see it!  I promise that you won’t be disappointed: it really is one of the most heart-warming movies I’ve seen in awhile.  I wish I had tissues as we watched it, because I definitely had a few tears.  If you have family in for the holidays it would be great to go and see it with all of them.  After all, the heart of this movie is about what it means to be a family.

What is your favorite part of Delivery Man?

7 Responses to “Full of Heart, Delivery Man Explores What it Means to be a Father”