Thank you to PBS for providing review copies of these Holiday DVDs.  All words and thoughts are my own.

If you’re looking for holiday DVD options from your kids’ favorite characters, you’re in luck!  Many of the PBS KIDS shows have put out their own specials packed with winter- and Christmas-themed shows.  The DVDs include both older

Dinosaur Train: Dinosaurs in the Snow 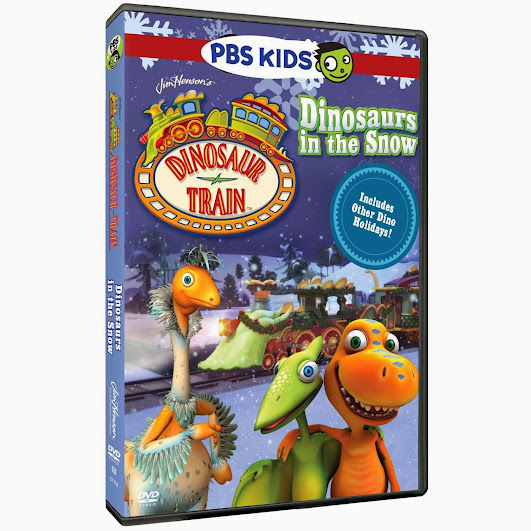 Dinosaur Train is a favorite in our house and we’ve been enjoying the Dinosaurs in the Snow DVD for the last few weeks.  We’ve watched the dinosaurs travel to and see the North Pole for the very first time.  While there Tiny, Don, Shiny and Buddy also saw their first snow.  Later there was a discussion on whether or not tall trees – like Christmas trees – could really have grown from a tiny little seed.

The Dinosaurs in the Snow holiday DVD includes 7 episodes.  There are also bonus features that include an interactive game, coloring pages, and a dinosaur reference guide.  Total run time is 120 minutes.

Super WHY! ‘Twas the Night Before Christmas and Other Fairytale Adventures 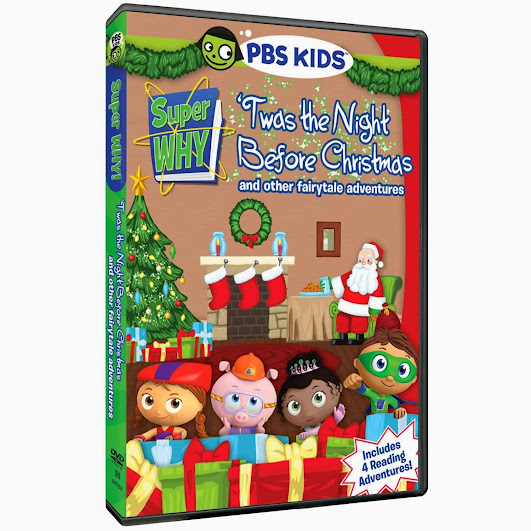 Super WHY! is another favorite of ours (apparently we’re not alone, as Super WHY! reaches 10 million households each month), especially with as interested Bubbles is with words and spelling right now.  In ‘Twas the Night Before Christmas and Other FairyTale Adventures, it really was the night before Christmas.  As might be expected, not a creature was stirring – except for Whyatt, that is.  He has an important question for Santa so he and the other Super Readers follow him rooftop to rooftop in order to ask it.

The DVD includes three other fairytales for a total run time of 100 minutes.  There are lots of great extras, too.  Bonus features include interactive games, music videos, and printable activities & coloring pages. 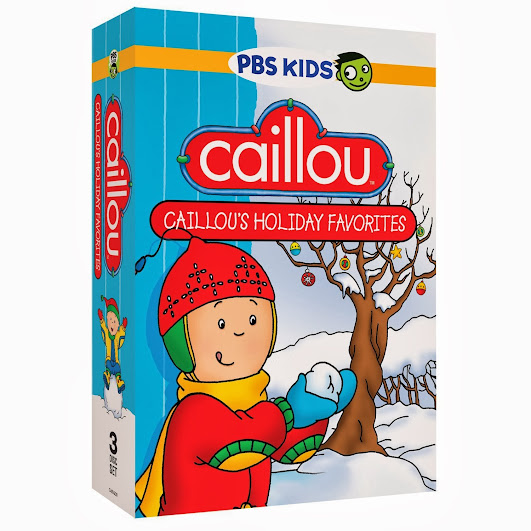 If you have a Caillou fan, then you’re going to want to pick up the Caillou’s Holiday Favorites box set.  For under $10, you’ll get three DVDs that total 250 minutes of entertainment.  The three included DVDs are Caillou’s Winter Wonders, Caillou’s Holidays, and Caillou’s World of Wonder.

Caillou’s Winter Wonders has four episodes including “Caillou The Snowman” and “Caillou’s Christmas”, two of our favorites.  It also includes “It’s Cold Outside” and “Winter”.  Calliou’s Holidays has episodes that cover Halloween, Thanksgiving, and Christmas.  Join Calliou as he picks out a pumpkin, makes Thanksgiving dinner, and decorates the Christmas tree.  And Caillou’s World of Wonder is a collection of every-day episodes inspired by pretend play.

What is your favorite PBS KIDS holiday DVD?