This is a sponsored post on behalf of Alpha-Bits and the Mom It Forward Blogger Network.  All words, opinions, and the Pumpkin Peanut Butter Cereal Bar recipe are my own.

Bubbles has been a pretty typical toddler in her favorite food choices.  Ask her want she wants for lunch or dinner and you’ll almost always hear mac & cheese, mashed potatoes, or pizza.  Occasionally she’d eat something else, but those three options were in frequent rotation.

Recently, though, I started to figure out that she could be enticed into trying new foods in a couple of different ways.  One, if Daddy is eating it, she’ll at least try a bite.  Sometimes that bite – like in the case of peanut butter & jelly – turns into something that she’ll request on her own.  Other times, a bite is all she wants and Daddy gets to finish his own meal. 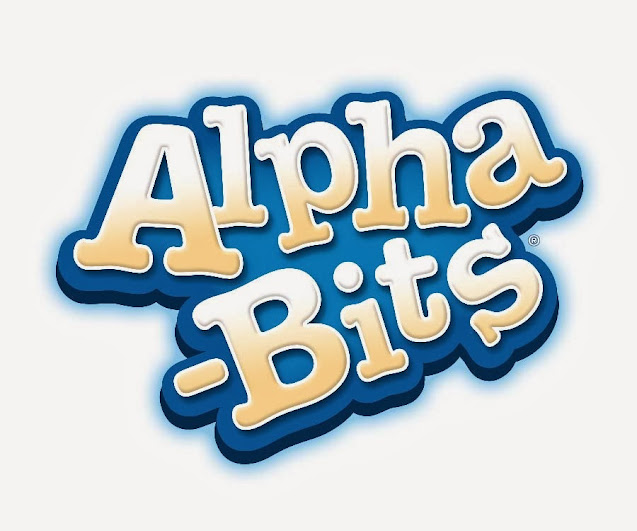 Another way that I’ve been able to add new favorites to her diet is through foods that incorporate her interests.  Animal-shaped crackers are now regular inclusions on my shopping list.  And letter-shaped pasta in tomato sauce has become a favorite of hers.  She loves looking for specific letters in each spoonful, especially the ones that spell her name.

A fan of yogurt, she hasn’t really been too big on eating cereal.  But I thought if letter-shaped pasta could sway her, maybe letter-shaped cereal could, too.  So I poured some Alpha-Bits cereal into a bowl and set it on the table next to her while she was playing.

She quickly dug in, sorting them into piles of matching letters.  I extended the learning opportunity by choosing a letter from her piles and asking her for words that started with that letter.  For example, I’d choose the “C” and she would tell me that “C is for cat and C is for cookie”, or I’d choose the “P” and she’d tell me that “P is for pink and P is for Pig”.

I’m thrilled that she likes the new cereal, as it’s a good choice for a healthy snack or breakfast.  Alpha-Bits has 20g of whole grains and 12 essential vitamins and nutrients per 30g serving.  Those nutrients include zinc and iron which support healthy brain development. 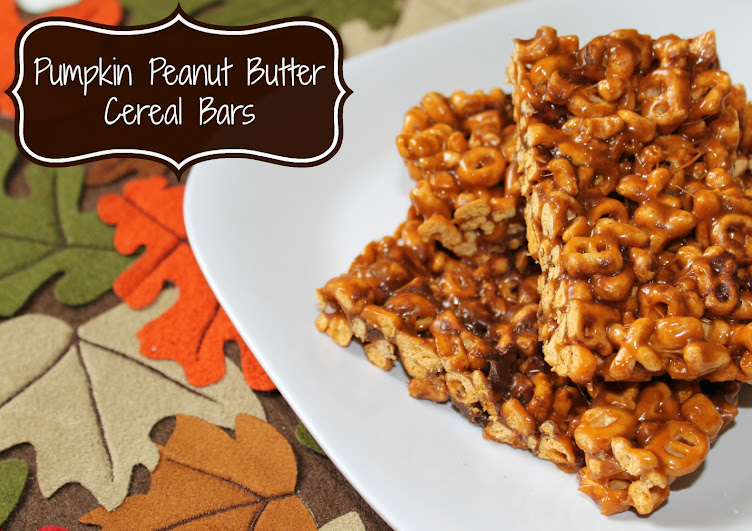 I decided to make some homemade cereal bars using the Alpha-Bits.  I used some peanut butter to nudge up the protein content and because it’s a flavor I knew that Bubbles would eat.  And because it’s fall, I used pumpkin-flavored mini marshmallows for a seasonal twist.

While I was mixing them up, she sat down with the cereal box.  It has Whyatt from Super WHY! on it, and she really loves that show.  She played her own version of the games on the back of the box and kept herself quite entertained. 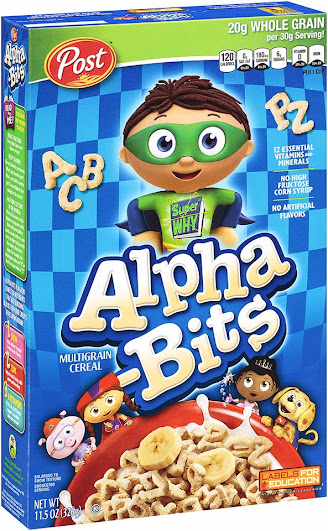 I’ll be making another batch of these cereal bars to take to Thanksgiving.  I think they’ll be a nice “appetizer” or dessert for the kiddie table.  I also plan to take a box of Alpha-Bits with us.  I’ll have the kids each choose letters from the box and share things that they are thankful for that start with that letter.  It will be a fun – and tasty – little twist on the traditional thankful round-table.

What snack or activity would use you Alpha-Bits in?