Pompeian provided the Grapeseed Oil Spray that inspired my Banana Nut Bread Recipe.  All words and opinions are my own.

Banana Nut Muffins are something I’ve been making for a few years now.  During the holidays, though, I often switch over to making Banana Nut Bread.  I think it makes a great treat for Thanksgiving and Christmas mornings as it’s a different flavor than you’ll likely have during your holiday feasts.

Wrapped up and tied with a pretty ribbon, Banana Nut Bread also makes a nice gift to send home with family and friends that drop in during the holidays.  Each year I put together a food gift basket for some of our extended family – my husband’s aunts and uncles, my in-laws, some of our friends, etc. – and I usually include a couple of mini loaves for each recipient. 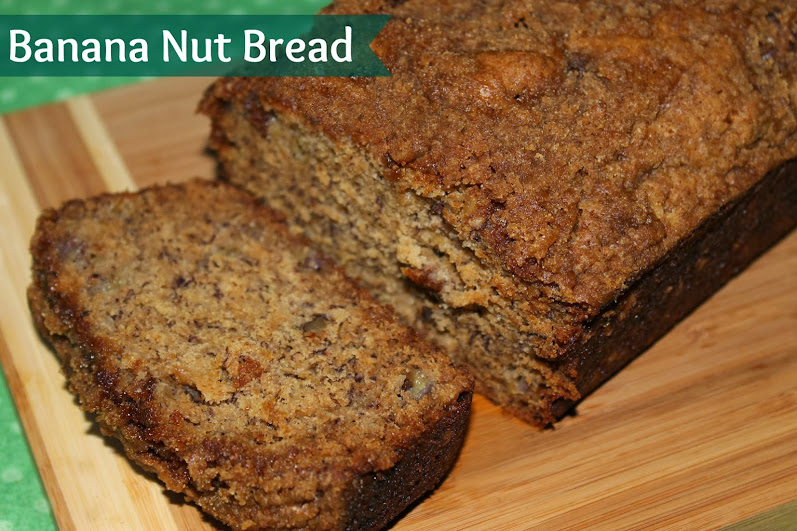 My Banana Nut Bread recipe is a bit different than most.  I use the same topping on the bread that I do on my muffins.  It adds a nice contrast in texture and adds another level of flavor that my family enjoys.

4.8 from 5 reviews
Print
Banana Nut Bread with Brown Sugar Topping
Prep time:  10 mins
Cook time:  45 mins
Total time:  55 mins
Ingredients
Instructions
3.2.1255
I loved using the new Pompeian 100% Grapeseed Oil Spray to grease my pans.  Unlike some other sprays, Pompeian Grapeseed Oil spray can contains no propellants because of the newly designed pouch system, which also protects the oil from damaging light.  The spray nozzle might be my favorite feature; it sprays in an even wave instead of every which way, letting you control the coverage and direction, and reducing the mess. 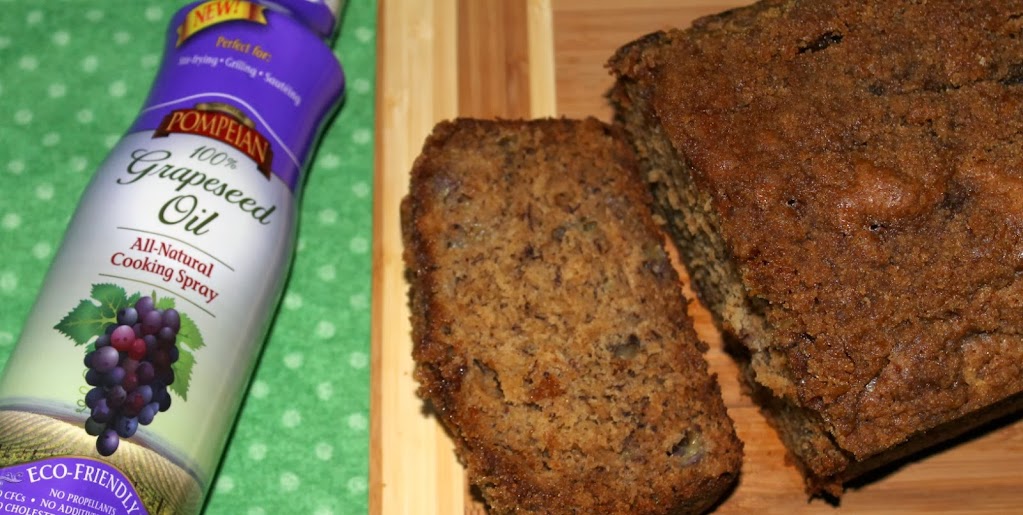 With it’s high smoke point, Pompeian 100% Grapeseed Oil is also a great choice for stir-frying and deep frying.  Print out this $1.00 off coupon and give it a try for your holiday baking and cooking.  And “like” Pompeian on Facebook for the latest promotions and news.

Take a couple of minutes and fill out this quick survey to share your thoughts on Pompeian after reading this post and you’ll be entered to win $200!

What recipe would you use with Pompeian Grapeseed Oil?