I received a copy of Monsters University in order to facilitate my review.  All thoughts and words are my own.

One of my favorite movies from Disney and Pixar in the past few years is Monsters, Inc.  They put together a great cast of characters that include the lovable Sulley, the little-bit-high-strung-yet-funny Mike, and the adorable Boo.  And while Roz wasn’t on screen much, her lines made me laugh every single time.

So I was extremely excited when I hear that Disney/Pixar was going to release a prequel to Monsters, Inc. called Monsters University.  Most movie franchises go right to the sequel so I immediately liked that they were taking a different path.  Plus I’ve always wanted a little more of the back story, as Mike and Sulley seemed somewhat unlikely friends.

Just before heading to the L.A. premieres of two other Disney movies my family and I sat down to watch Monsters U together.  Bubbles had already seen Monsters, Inc. a few times and we suspected that she’d be a fan of the new installment, also.  And of course, she was; she sat down and watched the entire thing from start to finish with us. 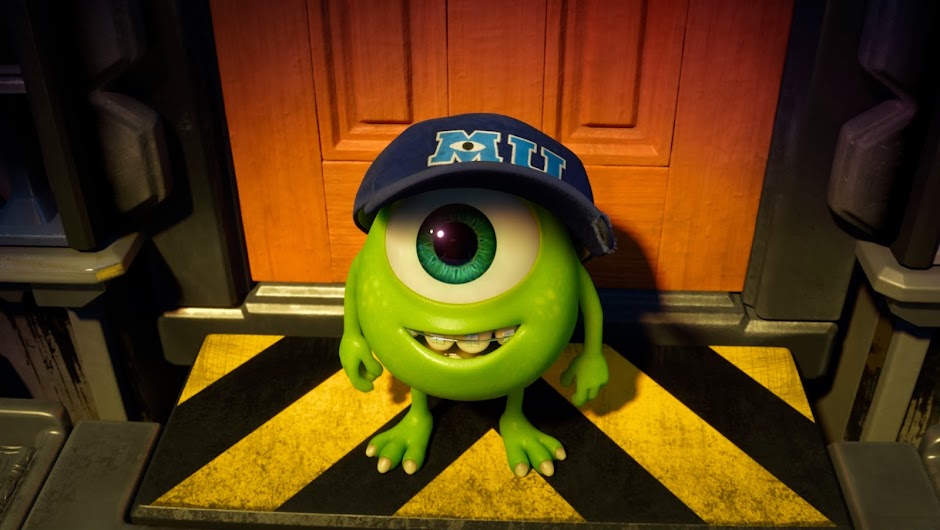 Monsters University starts with a very young Mike Wazowski getting his first taste of what it’s like to be a Scarer.  He even sneaks through a door and follows into a child’s bedroom where he remained undetected throughout the entire scare.  This earns him an M.U. hat from one of his favorite Scare-stars and from that moment forward attending Monsters University and becoming a Scarer is his only goal. 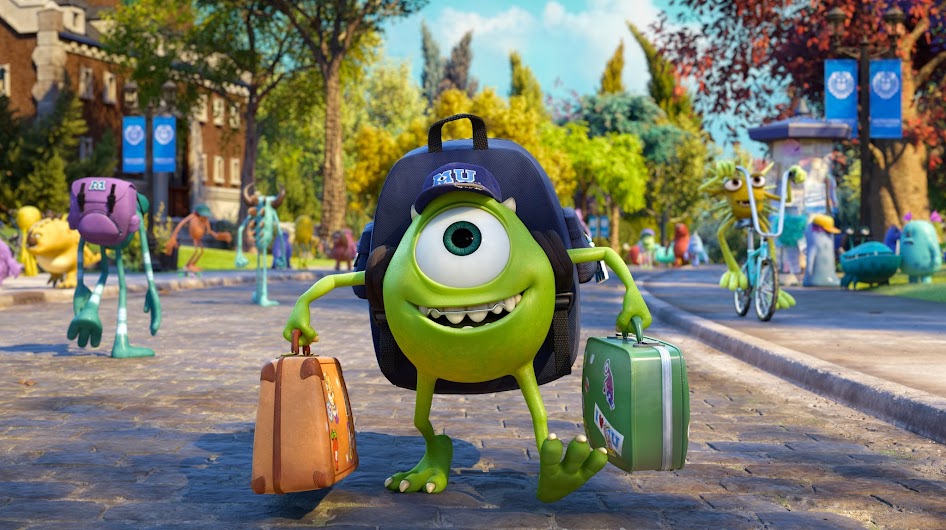 Years later, Mike meets his first goal: attending Monsters University.  Ironically enough, his initial college roommate is… Randall!  Yep, the nemesis from the Monsters, Inc. movie actually starts out as Mike’s friend.  The allure of being part of the cool crowd causes some changes in Randall, though, and their friendship is soon lost.

Rivalry – Monsters University BTS on Disney Video
Mike and Sulley soon cross paths, also – mostly because of another school’s mascot.  Despite what you may think, they do not become fast friends.  Sulley is a little bit cocky, part of the Scarer program due to his last name.  Mike, on the other hand, has to work hard and doesn’t appreciate someone who approaches things in such a laid back manner. 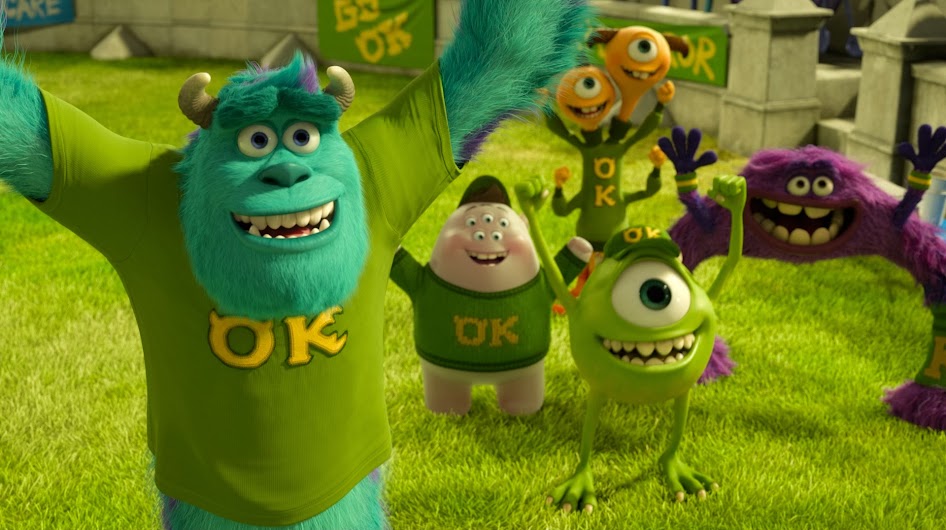 Eventually, though, the two are forced to team up.  Along with help from their fraternity Oozma Kappa, they try to win the university’s Scare Games.  They will soon learn a lot about teamwork and true friendship, but will it be enough to take the trophy?

What did you think of Monsters University if you have seen it?

One Response to “Monsters University Review”